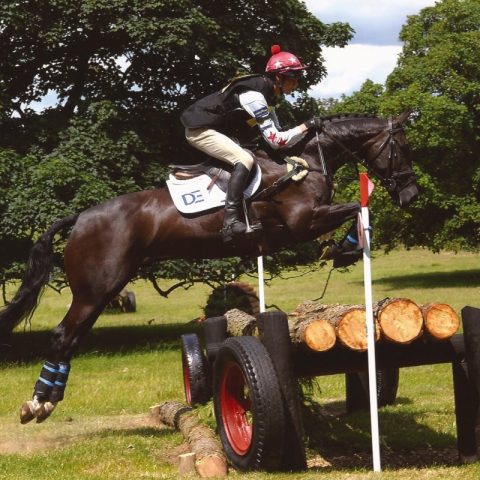 This cracking horse was bought by Dassett Eventing in the spring of 2015 for our vet’s son, Harry Horgan, to produce and sell.  The pair went from strength to strength, placing at their first few events including winning the BE100 at Buckminster Park.  They easily upgraded to Novice level, jumping a double clear and placing 5th at their first attempt, and continued to gain great form throughout the rest of the season.  They rounded the year off placing 11th in a very competitive and large CIC* section at Aldon International.  The combination also regularly were out on the pure jumping circuit, clocking up numerous clear rounds.  Wally was later sold to Liz Halliday-Sharp in America later that year and we wish him all the best with his future career.