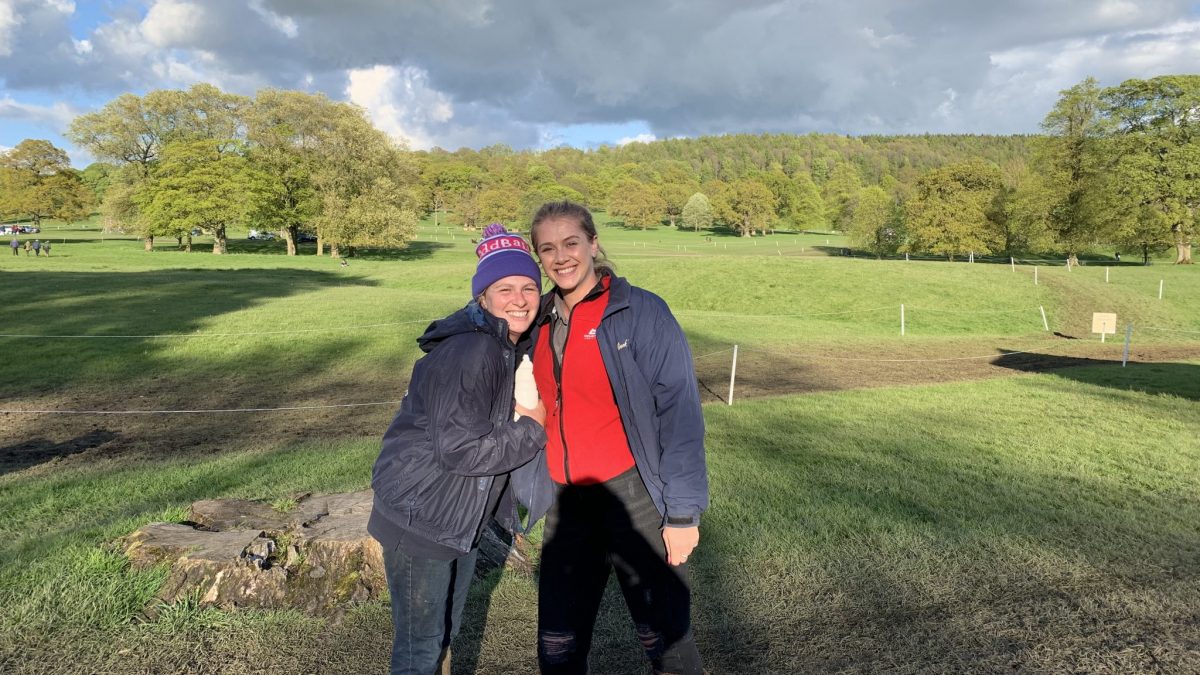 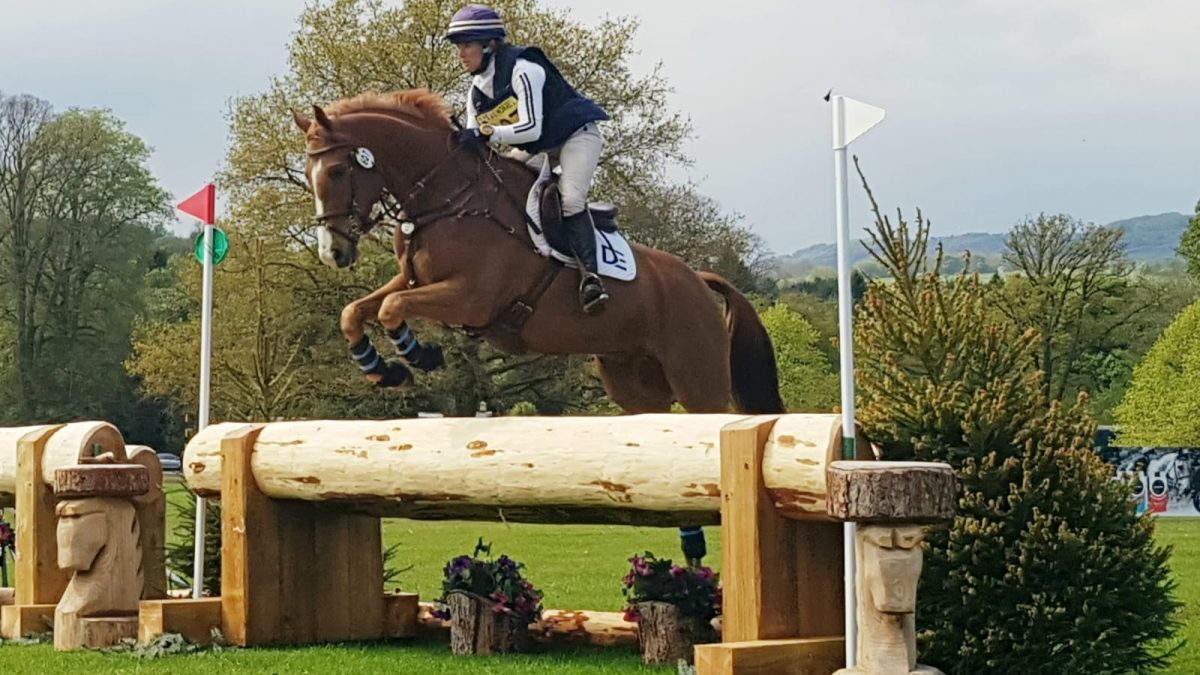 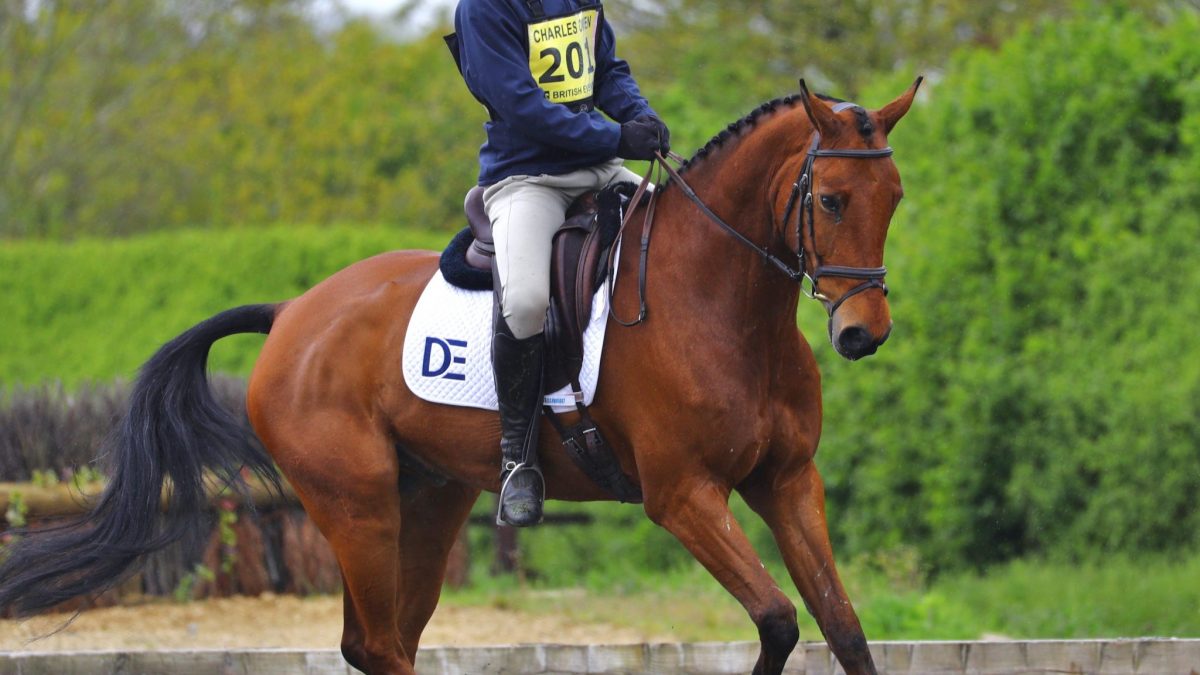 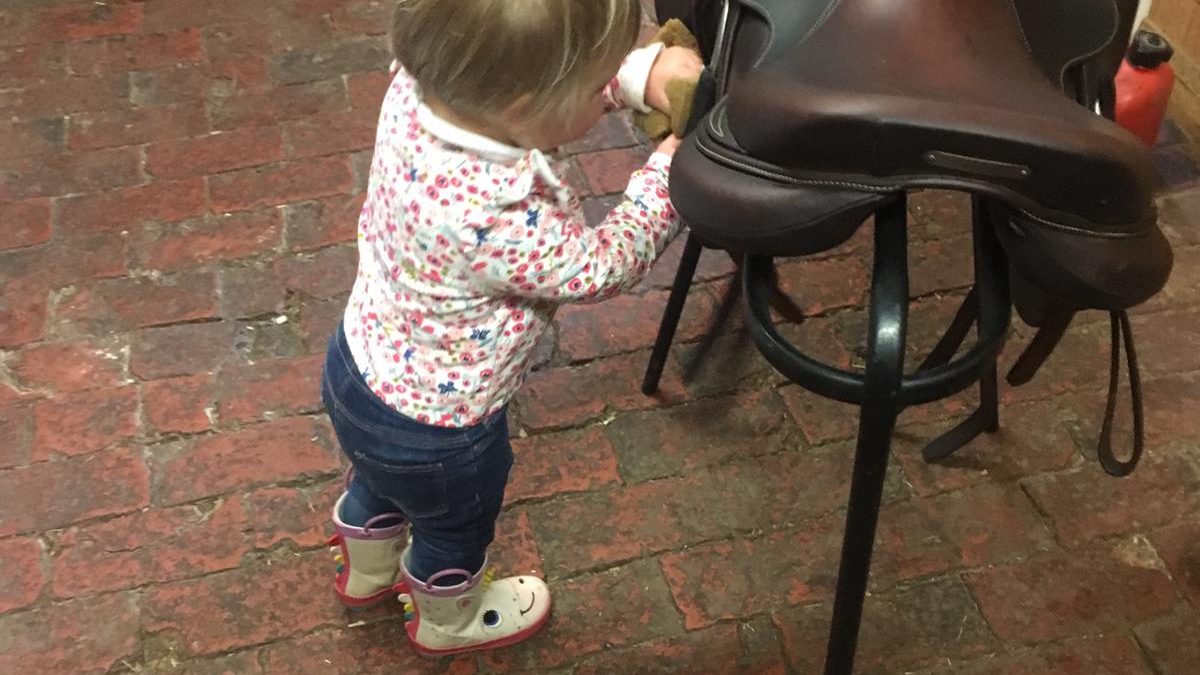 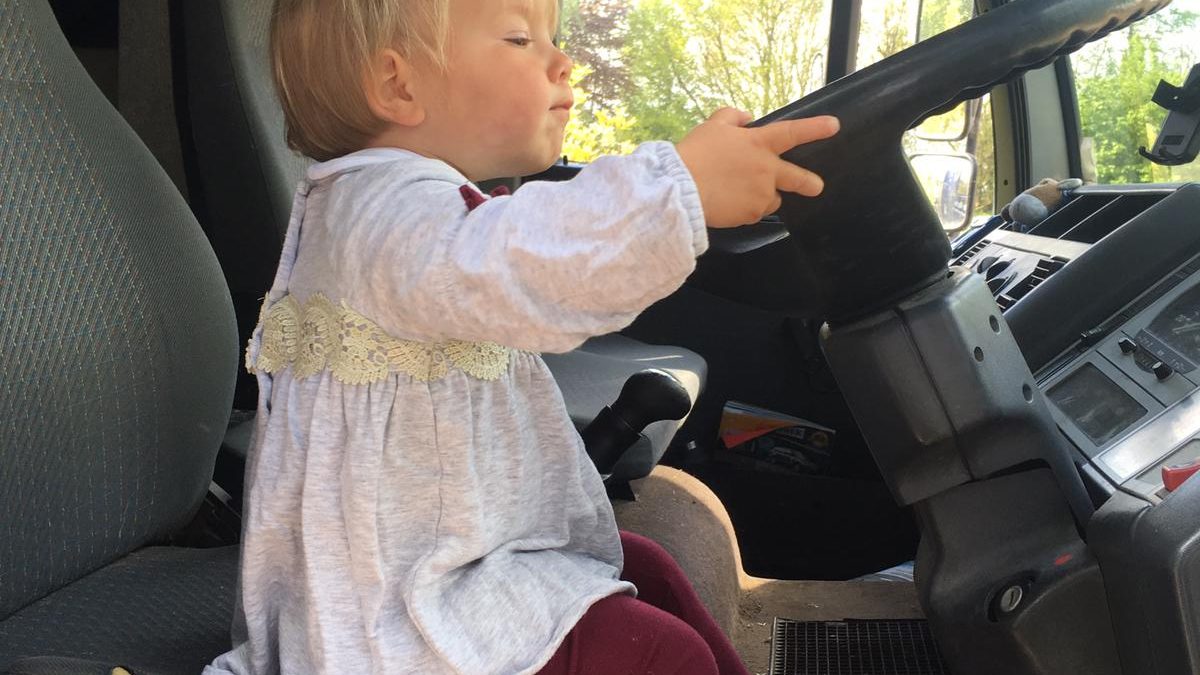 May is always a very busy week for the DE Team, and this month has been no exception! As the photos attached to this blog show, we were very glad to have the help from a little lady keen to get stuck in…!

This week’s competition started on Wednesday at a VERY wet Aston-le-Walls for a day of Intermediates. I gave my parent’s Dassett Jack a spin around the Open Intermediate and it is safe to say he was absolutely nuts! His fun and games began as we trotted around our dressage arena and the cross country started behind the hedge…I lost both stirrups at one stage and was worried the judge may ring her bell for ‘over 2 minutes of resistance’! However, she was very sympathetic and things did get better by the end – we came away for 41. Dassett Jack continued the fun and games at the lorry, and I nearly fell off when trying to mount for the show jumping! The warm up was pretty uneventful, but he nearly spun / bucked me off en route to the first fence in the ring! Somehow we ended our round with just 4 faults. I am not sure I have ever known Dassett Jack as ‘enthusiastic’ out on the cross country course, and he jumped a very bold clear! Craig piloted both ARD Dassett Spectre and MBF Dassett Legacy around much smarter tests than Dassett Jack, in this pair’s third start at this level. ARD Dassett Spectre scored 31 (photo attached to this blog) and MBF Dassett Legacy got a rather harsh 36. ARD Dassett Spectre was unlucky to lower one rail in the jumping phase, but was class cross country with a lovely clear round. MBF Dassett Legacy was faultless in both phases, jumping a smart double clear for 7th spot. Both horses now head to Rockingham Castle International for their first 3* in 10 days. Craig’s third 7 year old, Dassett Code, rounded up the day’s action and did a good test to score a fair 35. Two rails fell half way through the jumping round when the balance was slightly lost, but finished up looking very established and comfortable for his first time at this level. Sadly things didn’t quite pan out on the cross country, and the pair ended up walking home. We don’t think Dassett Code even realised he has had faults when a few too many turns were missed in combinations – safe to say he was looking ahead…just in the wrong direction! A bit of homework needs to be done here, but fundamentally, Dassett Code looked very happy with the size of the fences and ready what he saw was in front of him!

Thursday saw Lauren and I head up to Chatsworth with SVS Dassett Enterprise and Drombane Dassett to prepare for their CCI-S2* dressage tests the next morning. Whilst we were trucking up the M1, Hayley has a great spin on the Wright Syndicate’s Dassett Diamond around the mare’s first Novice at Aston. The pair did a good test for 34 and jumped a beautiful double clear! Amelia followed suit with yet another great double clear on board the seemingly unstoppable Boleybawn Dassett Cruise ahead of the pair’s first International next week, with just a few time faults dropping them out of the prizes. Amelia also piloted CSF Dassett Decoy around his first Novice; one unlucky rail was added to a 34 dressage but sadly a stop at the very influential triple brush into water added 20 penalties to their card. Amelia had a great spin around the rest of the track and CSF Dassett Decoy popped in no problem on the second attempt – it is worth noting this fence was replaced for the Novices the next day as it caused so much trouble.

On Friday it was all about Chatsworth, as Sue and Amelia also made the journey north with three of our gorgeous 5 year olds – Dassett Curra Candy, Dassett Select and Dassett Rock Star – for their first BYEH qualifier. It is such a grown up set up and atmosphere and I could not be more proud of how they all performed. The team have done an outstanding job at preparing these horses over the last few months, and I can not emphasise happy I was to see all their talents rewarded demonstrated in how these horses looked, behaved and performed. They were confident and relaxed, yet alert and like sponges absorbing all around them. All three horses jumped beautiful clear rounds in the show jumping and scored great marks, which is the phase I am most concerned about! However, only Dassett Rock Star made the top ten and placed a seriously credible 7th in very hot and established company. At the other end of the park, my parent’s SVS Dassett Enterprise did a really accurate and obedient CCI-S2* test, but scored 36 where is was a little tentative on the very slippy ground given the incredible rain storm that preceded his test. Drombane Dassett was greatly improved in this phase, and now seems very open to training, but too many mistakes left him a bit off the pace on 44 – although over half the scores in this section were over 40 – a very high scoring section.

Saturday saw the team spilt between Chatsworth and Aston. The two International horses had a great time and I feel they learnt so much in the grown up atmosphere Chatsworth provides. SVS Dassett Enterprise had his first rail of the season, a very unlucky one, but jumped a seriously polished show jumping round. He followed this up with probably the best cross country ride I have had on him, posting a great clear round with much improved balance at speed (photo attached to this blog). Drombane Dassett warmed up for the show jumping like a proper jumper – so much so that Lauren wanted to stop and give him a polo half way though! However, his concentration was somewhat lost in the arena, and the first three rails all fell! We redeemed ourselves around the second half. He didn’t let the anything distract him on the cross country however, with a absolutely brilliant clear round despite his low mileage – he is improving each time we heads out of the start box and is fast becoming one of my favourite horses to ride across the country. And a big shout out must go to Charlotte (photos attached to this blog), who worked at DE for many years. She now lives locally to Chatsworth and it was absolutely brilliant to have her help and support throughout the day – thank you Charlotte! At Aston, Craig rode the ever impressive (but still growing) Dassett Empire into 3rd spot in the BE100, finishing on his dressage score of 31. Jeff and Jane Boon’s Caramba Z is improving each time out, and despite needing some convincing to drop off a bank, he was much more confident in all three phases and has made so much improvement in recent weeks. The duo of Alices, Alice Rocher and Alice Midmer, both rounded off the day’s action at Aston, with great performances in the Novice. Alice (Rocher) rode her own Dassett Supreme into 4th place, finishing on their dressage score – she was delighted with her Dassett Supreme who was on cracking form. And Alice (Midmer) was equally as pleased with her own FWS Dassett Clover in his second Novice, with just one rail being added to their dressage score.

And I can’t sign off without mentioning a top performance by Andrea on her own Dassett Forever Autumn on Sunday! This was Andrea’s first competitive appearance in quite a while, and despite a few cross country time faults, the pair jumped a smashing double clear for 8th spot in the unaffiliated at Aston.

This was quite the weekend, but with 4 International contenders, 6 horses in the national classes and 4 BYEH horses at Rockingham the next week, there is no time to put our feet up!