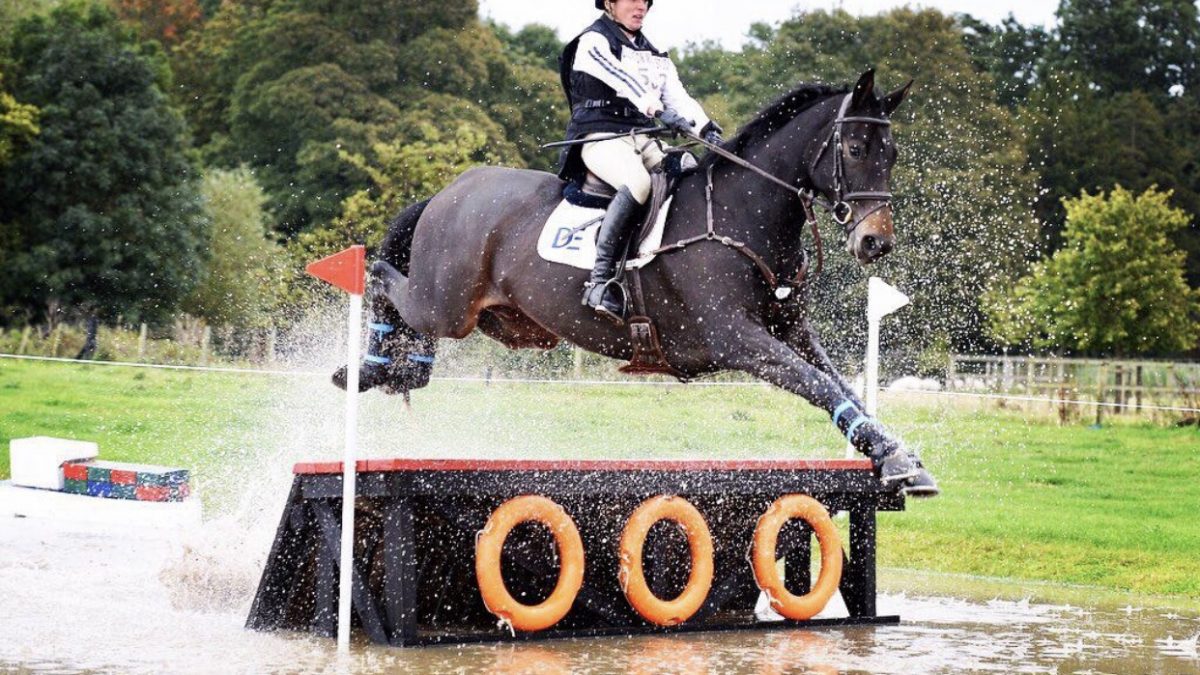 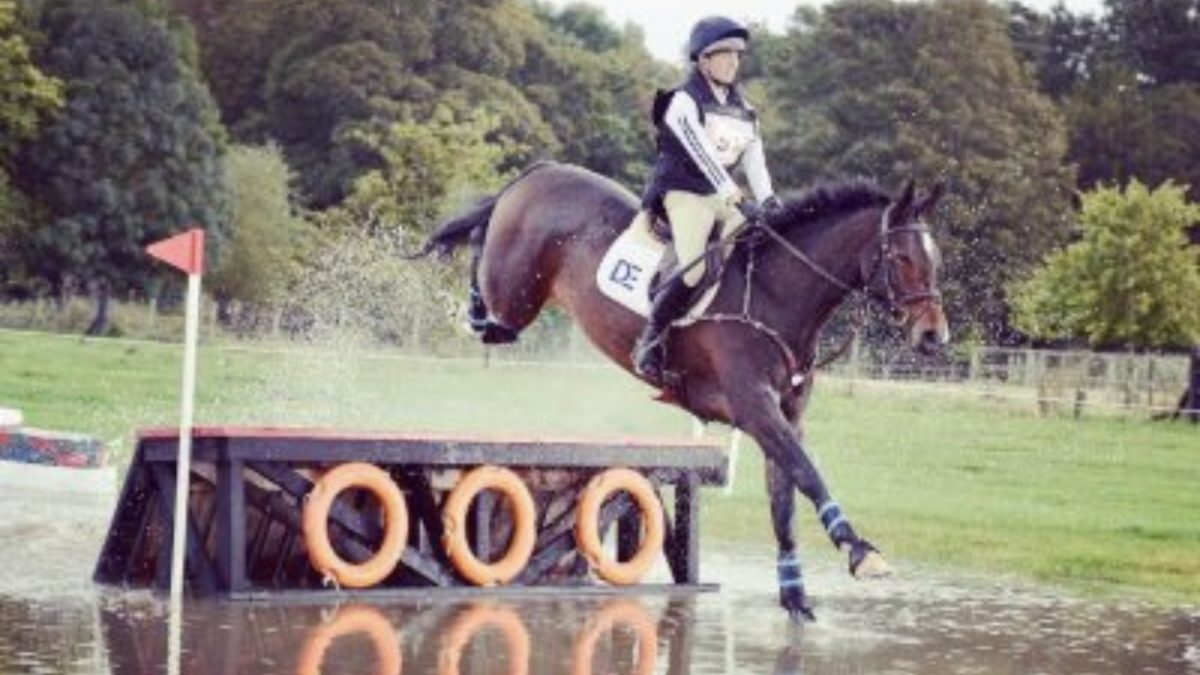 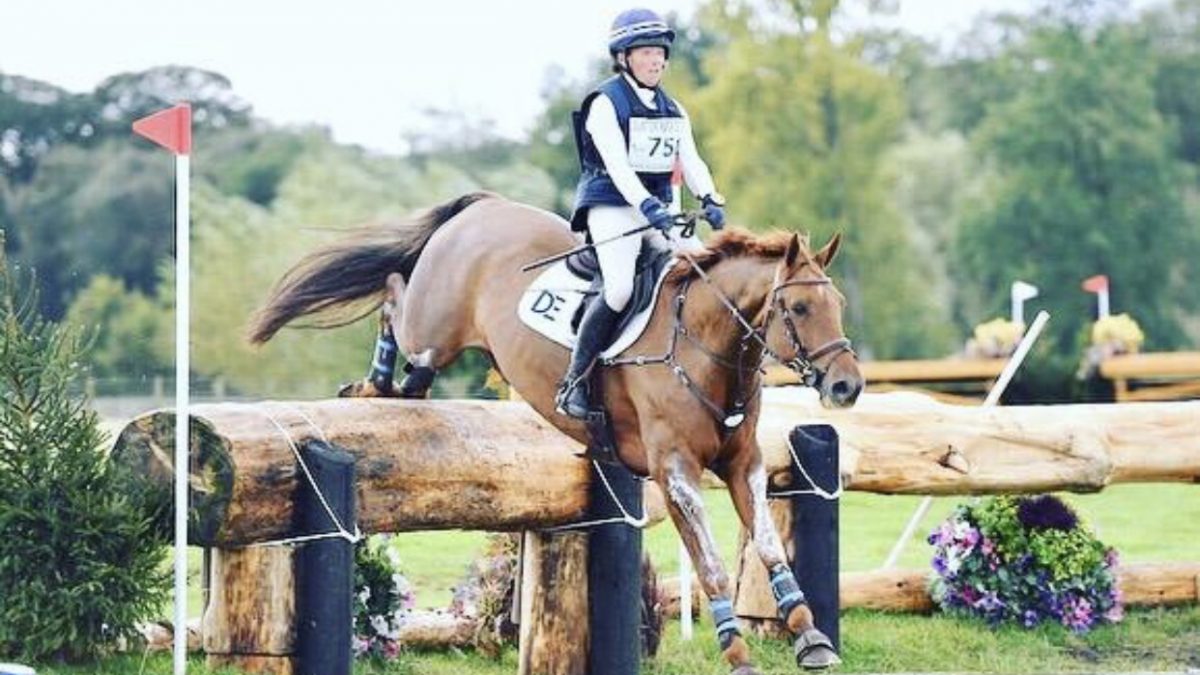 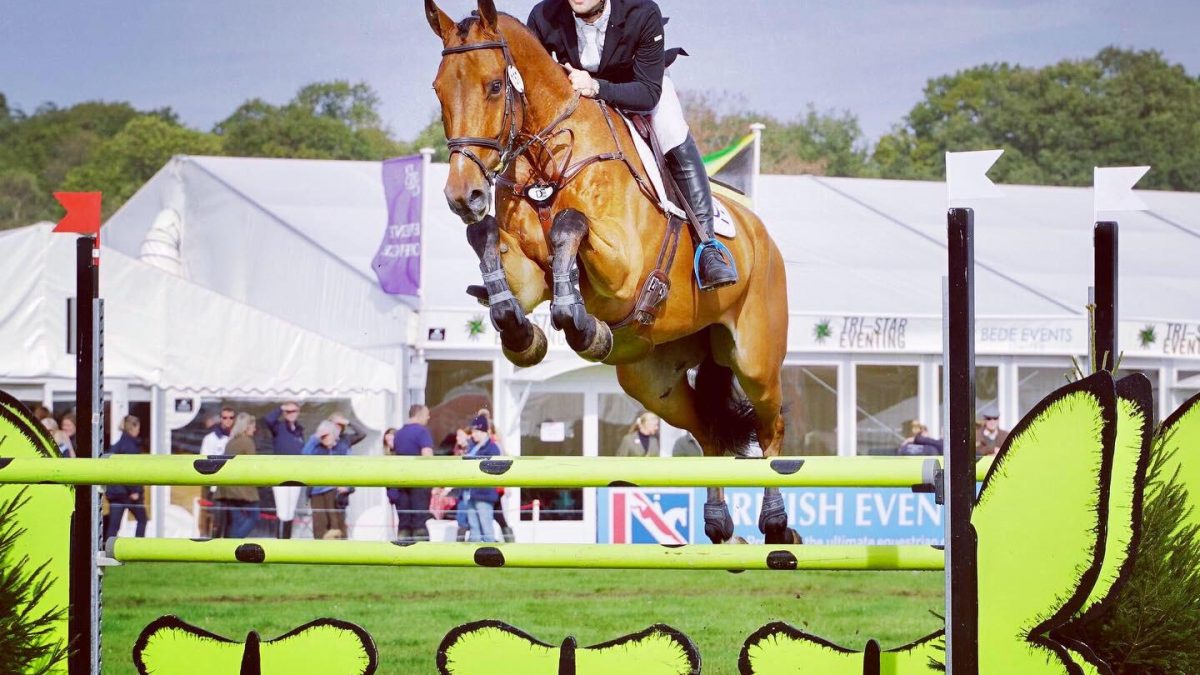 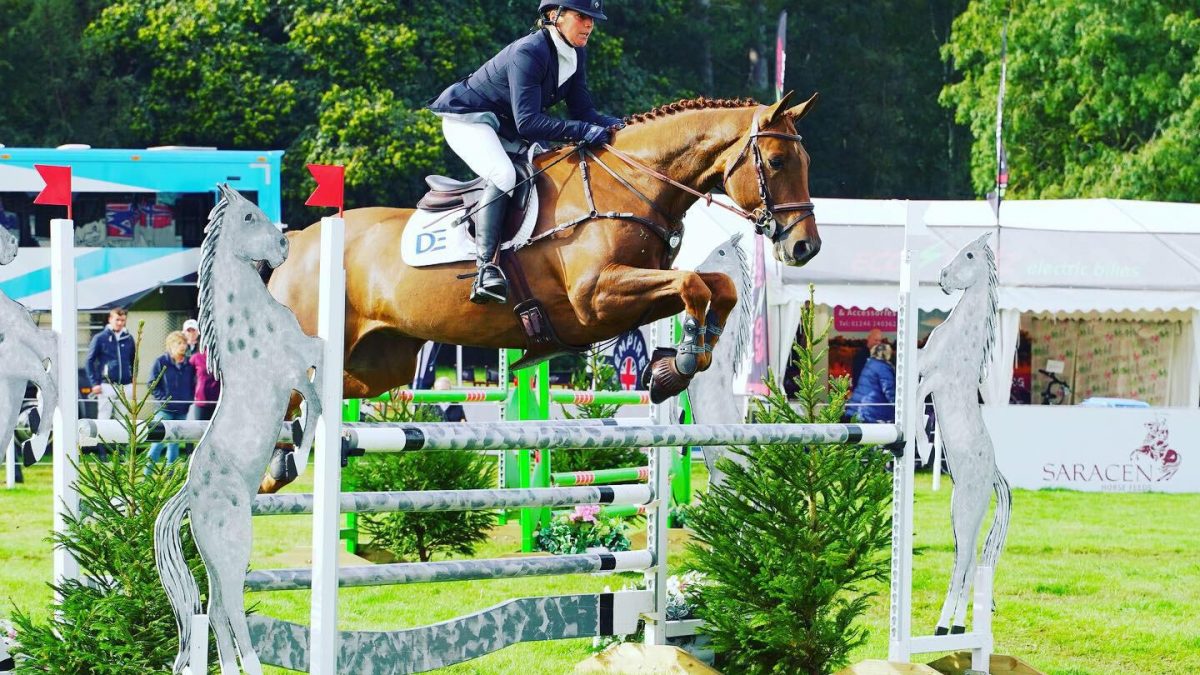 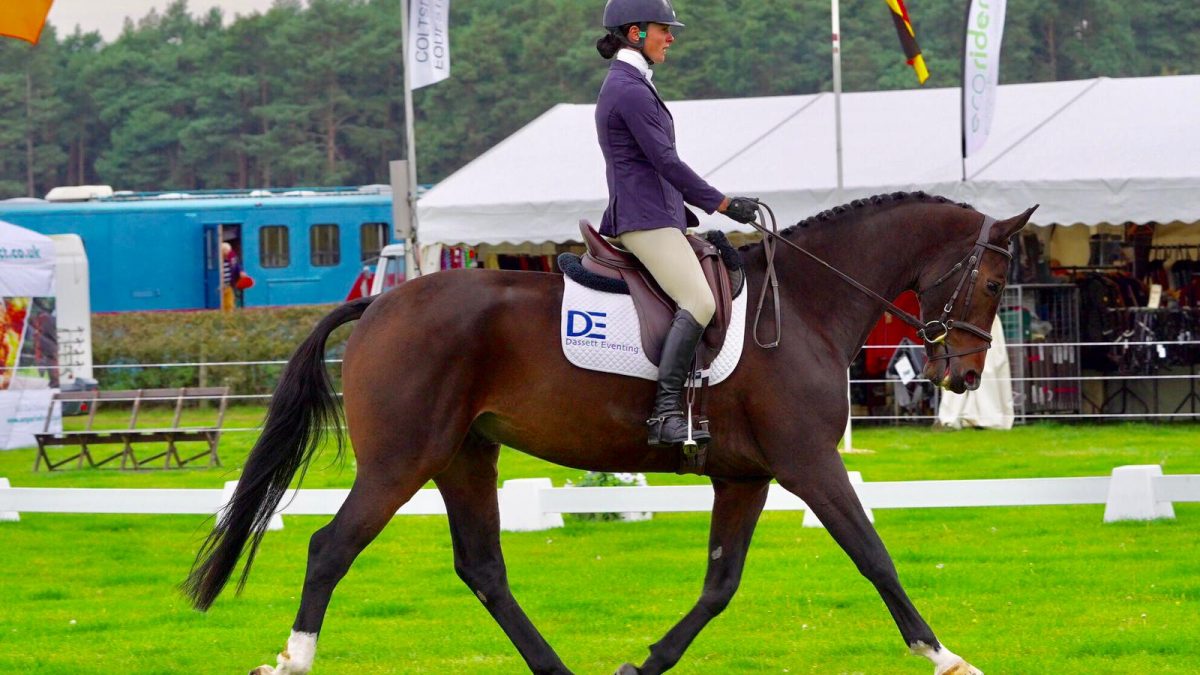 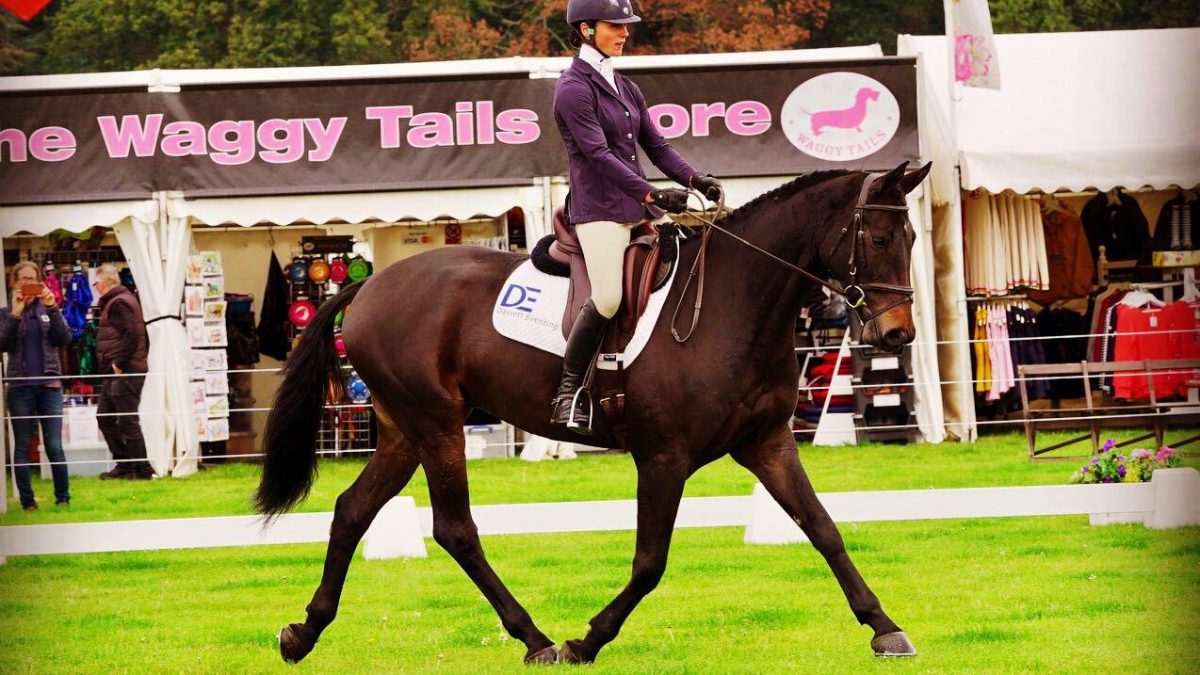 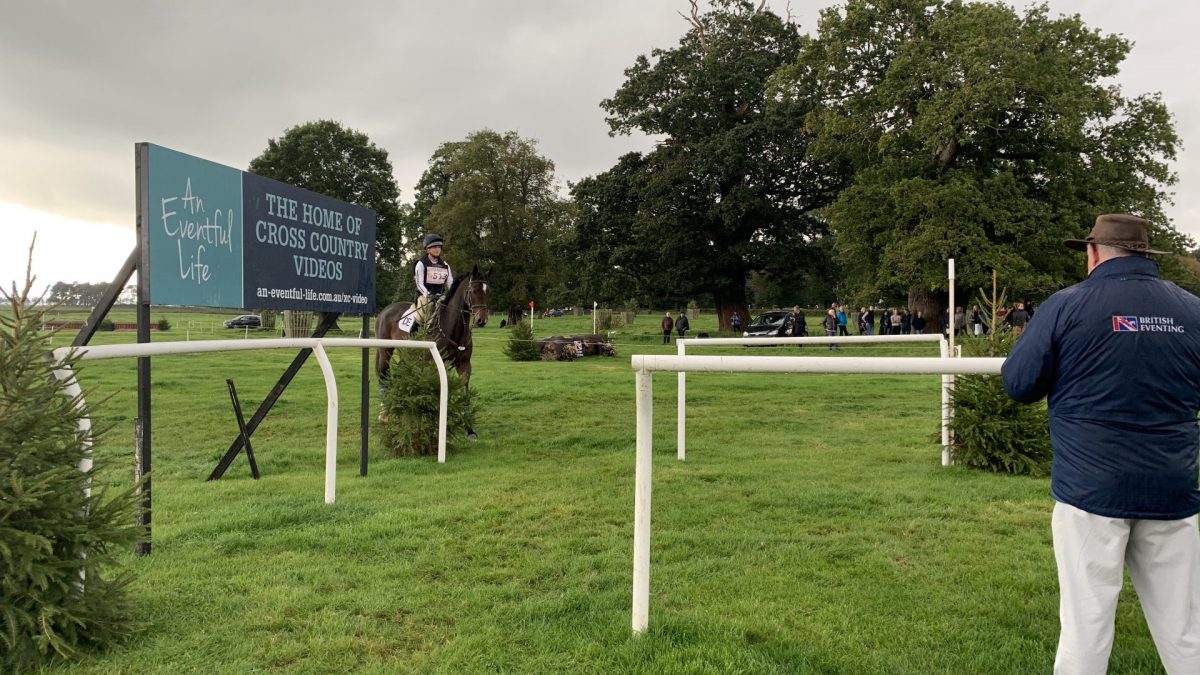 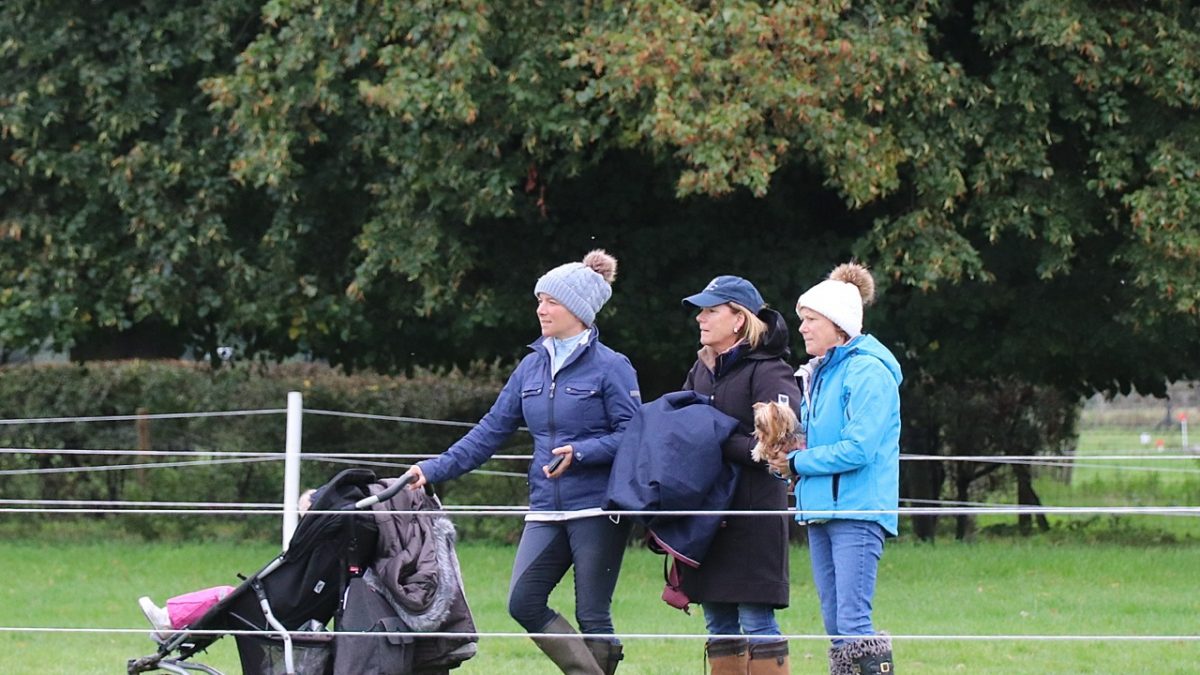 Well what a way to round off the season for two of our class 5yo, Dassett Rock Star and Dassett Select – they both finished in the top 5 of the National 5YO Championships under top jockey, Amelia!

Thursday was 5YO dressage day and Dassett Rock Star had an unfortunate draw to be second into the dressage arena. However, he looked so impressive trotting around the edge! But a problem with the paper dressage sheets in the judge’s cars resulted in a lot of trotting around the edge…for a good 5 minutes. Annoyingly, by the time he headed down the centre line he was a fraction flatter than he should have been. He came away with a very competitive score of 30.8, but this is his worst mark to date and he could / should have scored mid 20s. Sue, Hayley and Amelia have put some wonderful preparation into this horse for the first phase, so moral was a little flat following his mark. Dassett Select was his usual “Mr Perfect” in the white boards and did a very polished test to come away with 31, just 0.2 behind his stable mate. Again, not quite the mark we were hoping for, but it was actually quite a high scoring section. Dassett Rock Star finished phase one in 5th place and Dassett Select in 9th place.

Having had their first stay away night, both boys SJ beautiful clear rounds on Friday morning. Although the height is already looking a little on the small side for both these established horses, they looked very impressive, careful and confident. Their clear rounds moved them both up several places and the excitement grew as we headed to XC. I quickly wheeled the XC course with Amelia, as we knew the time would be very influential and it would be very easy to make up too much time with both these horses. I’m delighted to report they both made nothing of the fence and jumped foot perfect clear rounds…and crucially, they finished very close to the optimum time! Dassett Rock Star was bang on and Dassett Select one second inside…it took some nerve from Amelia to be that close!

These great results gave Dassett Rock Star a podium finish in 3rd and Dassett Select moved up to 5th place! We have been targeting this event all season with these class horses and are delighted they have earned such wonderful, well deserved results. And talking of well deserved, the team has worked incredibly hard to produce these horses for this day, so massive congratulations to Hayley and Sue in particular as well.

Friday afternoon saw a Rio run to swap horses, as the 5yo headed home and 2 7yo arrived to compete in the National 7YO Championships (a CCI-S3*) over the weekend; MBF Dassett Legacy for Craig and a ride for myself, HHS Dassett Class.

Both horses had their dressage on Saturday morning and it is safe to say things were turning decidable wet! 3* level is a big and fast progression for HHS Dassett Class and he is still very green at this level. He tried very hard in the mud, but had a lot of very genuine mistakes resulting in a score of 39. His dressage sheet had multiple 8s, but sadly a few too many 3s as well! It is all there, we just need a bit more time to perfect it all, especially in the muddy going. MBF Dassett Legacy and Craig didn’t do their best test and we were disappointed for the pair to score 40. With both Sue and Hayley at home and myself riding, Craig was somewhat abandoned in the warm up, which was a bit unfair and we should have prepared for. Onto phase 2 and the SJ was proving to be pretty influential. HHS Dassett Class got far too strong and onward bound, resulting in us finding some of the distances very short and sadly 3 rails fell. This is a real shame as we have jumped some great rounds in training and at BS shows recently. MBF Dassett Legacy and Craig saved the day with an outstanding clear round and looked absolutely class! A few people said their round was one of the best in the whole class!

Saturday night saw an enormous amount of rain and we were wondering if the final day would even run. But great efforts by the BEDE team meant it was full steam ahead come Sunday morning! Craig and I had an early morning XC course walk to check we were happy with the going and decided to crack on. I headed out mindful that HHS Dassett Class was having a big step up, but I need not have worried – he was brilliant and answered all the questions with precision and bravery. I was delighted with his clear round, although we were about a minute over the time, this was actually very respectable at the end of the day. The experienced MBF Dassett Legacy eat up the track and jumped a foot perfect clear round, including going straight at the influential coffin fence. They were about 15 seconds over the time, but this was quick and combined with their clear SJ round, moved them right up the leader board to finish 11th!

What a weekend for some of our talented young horses and we all headed home feeling very excited for the future.