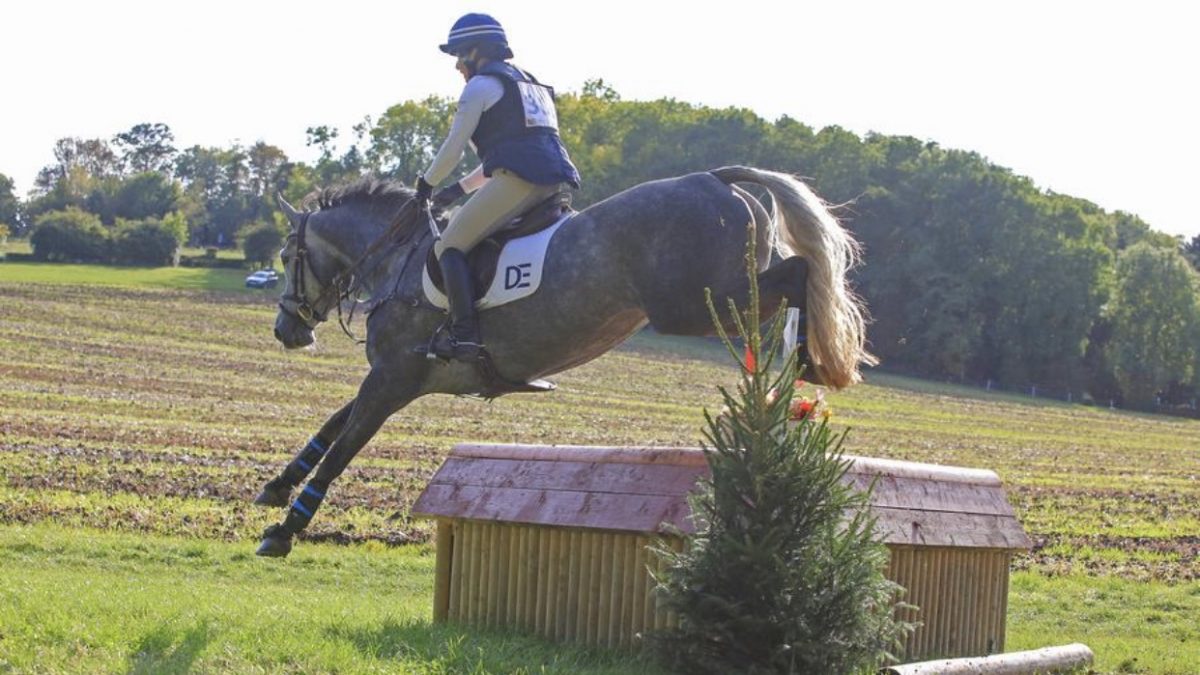 With Craig, Sue and MBF Dassett Legacy in Le Lion D’Angers, it was left to Hayley and I to head up to a very cold Oasby in a convoy of little lorries for a day of BE100 and 90, three of out four of which were HC! I had a duo of grey mares in the BE100 with Dassett Showgirl in her second start at this level, and The Wright Syndicate’s Dassett Diamond. I was also riding BE debutants, Dassett Showman and Dassett Future in the BE90.

Dassett Diamond has been a bit off form at Novice level so Hayley, the mare’s normal pilot, and I agreed it would be a sensible for me to get a feel for her at an event, so today I rode her around the BE100 (HC). Hayley has produced her beautifully and she was a pleasure to ride. She did an immaculate test to score a very impressive 24!! She jumped a lovely clear in the SJ arena and followed it up with a very productive clear XC. Dassett Diamond has sometimes lacked concentration and draw into her fences, but Hayley seemed to have got this sorted until the mare got a fright at one of Gatcombe’s funny little walls. I made sure she kept attacking her fences and tried to get her thinking for herself on the approach. By the end I got a great feel and really think the pair should be back on track after a winter’s training.

Dassett Showgirl was an absolute star! I can not emphasis enough how weak this brilliant mare is, but she would never let you know once she’s competing! Her dressage was unrecognisable from her last attempt and she scored a fair 32. She was faultless in the SJ arena and jumped a lovely clear round. She followed this up with a bold and brave clear XC, adding just a couple of time faults to end the day in 5th place – I’m so impressed with this mare’s performance.

Dassett Showman is a stunning song horse who I have carefully and slowly produced this year. It paid off in his attitude and feel today, as he felt amazing in the dressage and scored a very impressive 27. He jumped a lovely SJ round, but the jumps were very small and he caught a rail behind as we were a little close to a small oxer. However, at the end of the day, we realised the scoreboard read 14 faults?? We weren’t quite sure how this happened and started to dispute it, but given what happened next, we didn’t bother….I fell off on the XC! Although green, he was popping around very sweetly until a little sucker road about half was around. He jumped enormous off the little step, and right into the bottom of the step up, firing me out the side door – I didn’t even have time to think I was coming off, I was just off! Sadly this eliminated us, which is annoying on these young horses as it would’ve done Dassett Showman the power of good to finish the track.

However, perhaps it was ok as I actually had a very sore butt!! So sore, I had to withdraw my final ride, Dassett Future, which was a real shame as this horse has waited a long time to compete. But given I could actually hardly walk, I really don’t think encouraging a young horse around his first affiliated event would have worked out well for me!