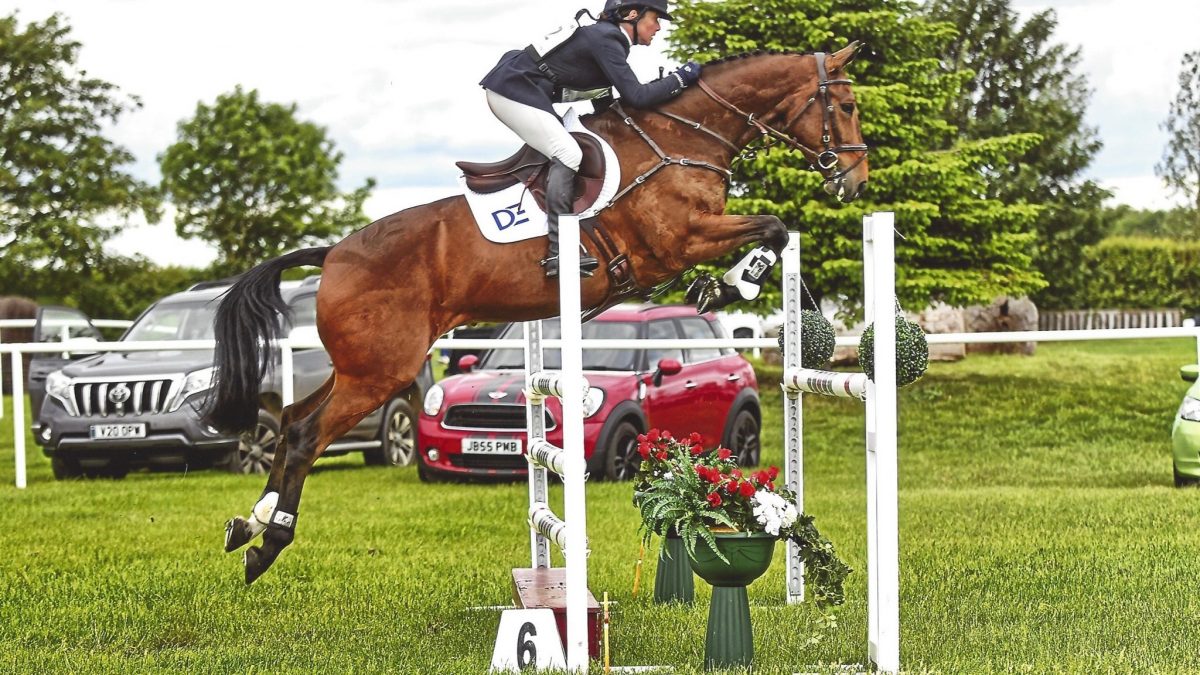 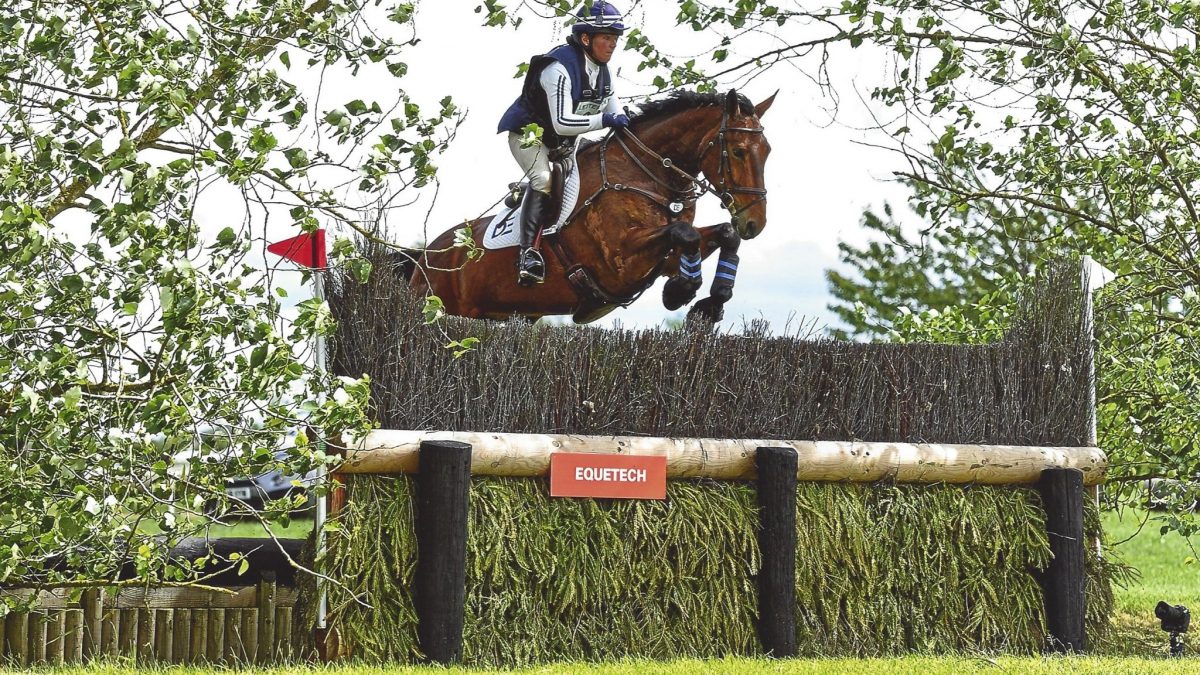 Off we trucked back to East Angela, however, this time we were hopeful for better ground! I was riding the re-routed SVS Dassett Enterprise in his first Intermediate, as well as Drombane Dassett making his first start at Intermediate level. Craig & ARD Dassett Spectre were also on board to see if they could book their Gatcombe Novice Championships ticket through qualifying in the NRF.

SVS Dassett Enterprise did a good test, but once more some spooking lost us marks – this time it was the black coloured mole hills. He went on and jumped a lovely clear show jumping and felt incredibly comfortable at this level. But it wasn’t our day on the the cross country course. Things started well until SVS Dassett Enterprise had a big look into the ditch element of a ditch hedge and jumped violently to the right…but there was a tree – my face got bashed into the branches and for one moment I thought I was coming off backwards! However, we survived as a combination and continued pretty well (although most definitely still on the green side at this level) until the last water, where the middle element stopped us. It was a log on a steep little island dropping back into the water and it was enough to make me put my hand up and try again another day. Plus my face really hurt!

Drombane Dassett did a much improved dressage test for a competitive score of 33 – a big improvement in this phase. We hadn’t jumped since we were away at Houghton, and Drombane Dassett was a little enthusiastic at the start, so sadly lowered 2 verticals. As with SVS Dassett Enterprise, he felt so confident and happy with the height and a lot of the jumps actually felt far too small! Despite feeling somewhat sorry for myself by this stage, as my face was throbbing somewhat, Drombane Dassett was absolutely incredible across the country! He flew round a decent track like a confident Advanced horse popping round for fun – I was very impressed. He is really speaking my language now and I feel we have a great understanding – both Lauren and I were delighted with his performance. A couple of his photos are attached to this blog.

And not to be outdone on the pat / Polo front, ARD Dassett Spectre went and knocked it out the park with a great performance in all three phases to finish 2nd and qualify for the British Eventing Novice Championships at Gatcombe Park’s Festival of British Eventing in August! He did a good dressage for 31 and was faultless in both the show jumping and cross country phase, adding just 1.6 time penalties to his dressage score, which was the second fasted time in both the NRF and IN class. He was ace and is developing into a wonderful, clever horse who we have great expectations for…well done Digger Doo! That’s both of Craig’s 7yo qualified now – box firmly ticked!