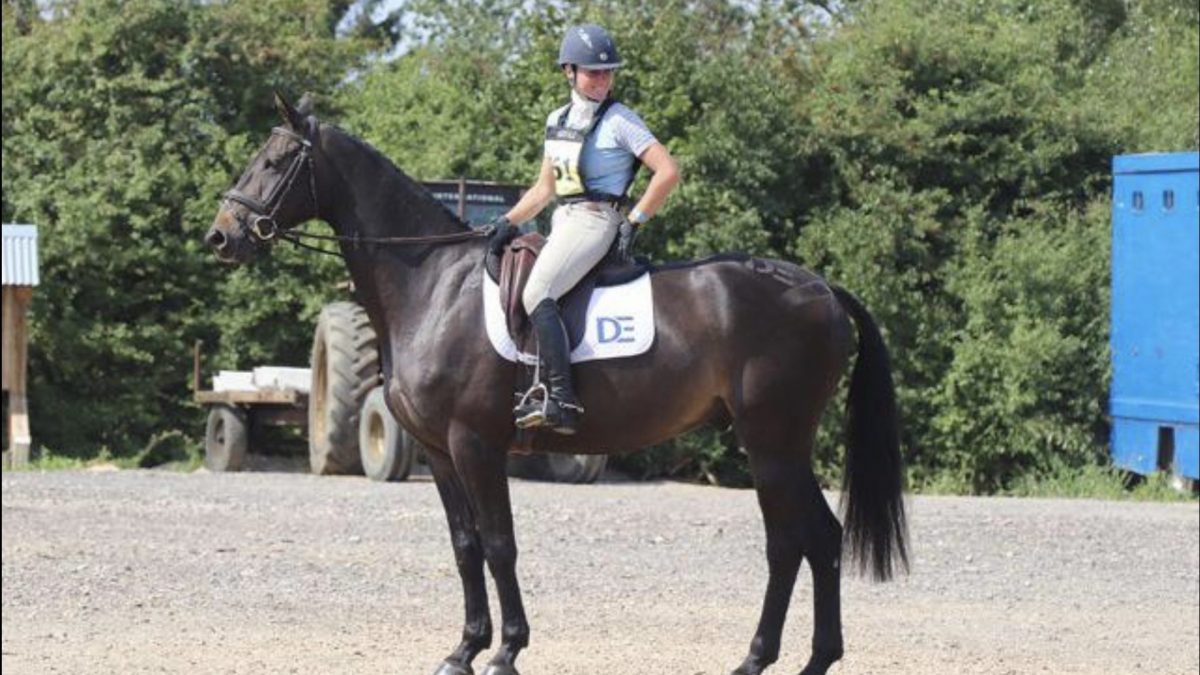 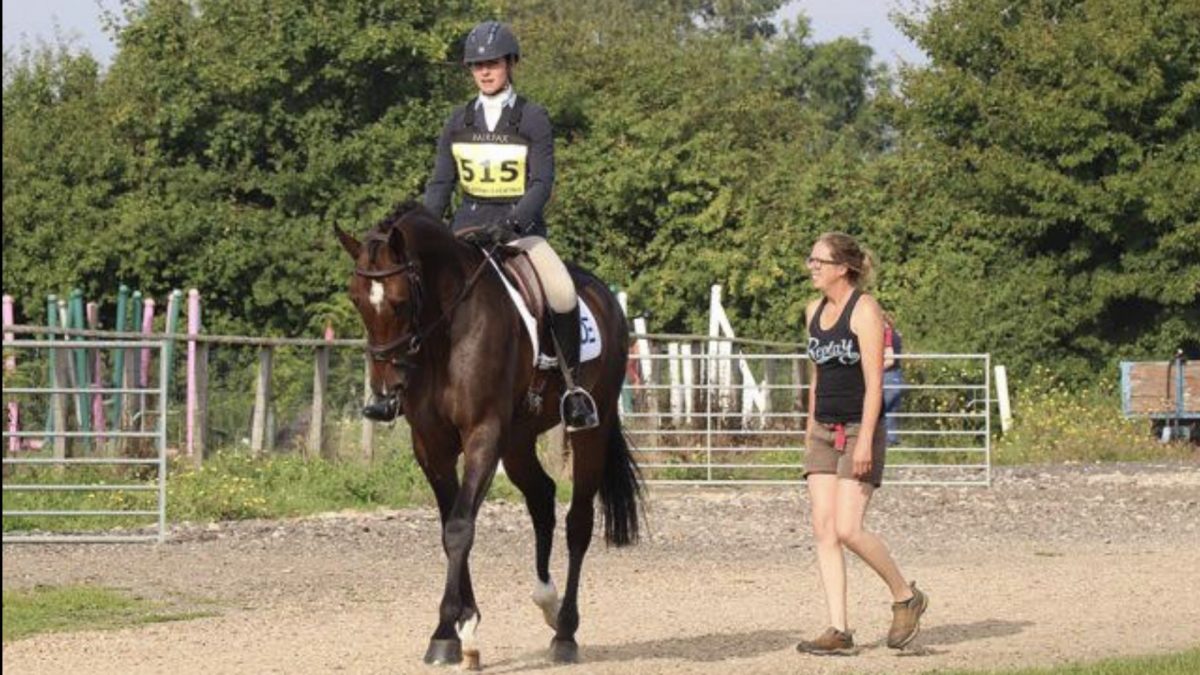 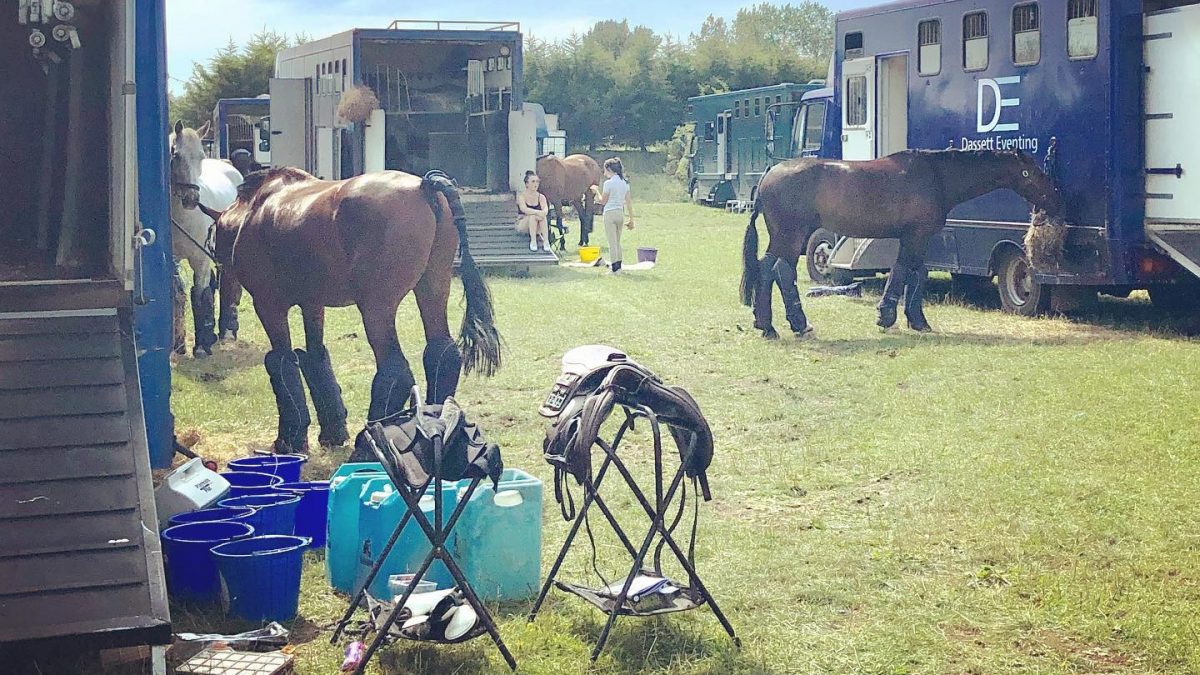 Well, the weather was hot, hot, hot, for one of Team DEs busiest days Eventing this season. We had 7 horses and 3 jockeys heading to Keysoe for a range of lower level classes, which after having Somerford rained off seemed quite a contrast!

The day started off with the Novice horses and reports were fast coming in from the course walk, that the track was tough and that first timer 5yr old Dassett Select had better have packed his big boy brave pants!

Needless to say, we needn’t have worried. A slightly stingy dressage mark and the very last pole falling in the SJ after a beautiful round, unfortunately, meant that for the first time this season, Dassett Select wasn’t in contention for a top spot after the first two phases. With the pressure off, he and Amelia went out for a lovely steady clear XC, cementing our belief in this amazing young horse’s ability and promise for the future.

CSF Dassett Decoy had an educational day with a good dressage test and very convincing SJ round. But a triple brush skinny at the top of a blind mound caught him out for a genuine 20 penalties. He was very apologetic and popped it second time of asking but, this dropped him out of contention for a placing.

It was an emotional day for Alice Rocher and the whole team. She had her own Dassett Supreme out for their final run together before he goes on to the next chapter in a loan home. This pair have had some fantastic results together over the years as well as enduring some of the sport’s more disappointing days. But Dassett Supreme will always be a special part of the DE team and we will miss his wise white face at events, even if we don’t miss the stable stains at 3 o’clock in the morning!!!

Next came the BE100 brigade. Safe to say this was a more successful class with all 3 horses finishing in top ten positions!

Some people might say that this is getting boring now, but Dassett Rock Star only went and did it again! Another WIN for Amelia and this stunning 5yr old, making it 3 in a row! With an upgrade to Novice level at Gatcombe for his next event, we think his winning streak will probably end here but you never know…? Watch this space!

Dassett Curra Candy was out contesting her last chance to qualify for Osberton Young Horse Championships and she so nearly did it. Unfortunately, the cheapest of rails put pay to her efforts and even a clear XC and her very impressive 24 dressage weren’t quite enough to claim her ticket leaving her in 7th place instead of 2nd.

Philip Rocher’s Dassett Gold and Kate, did however, manage an elusive clear round in the show jumping only to lower themselves down the board by going too fast XC! This is not something Kate is normally guilty of, but a loose time coupled with this ex-race horse’s lovely balanced way of travelling and jumping out of a stride meant Kate crossed the finish line a little too early! This also cost Dave 2nd place but we will take 5th…this time!

Last but not least was the new girl in town Dassett Showgirl or Lola to her friends…(no prizes for guessing how she got the name!). This classy little 5yr old has been a little bit of a secret weapon this season but the cat is well and truly out of the bag now. For her first ever event, she was amazing! With an incredible brain and super jump and paces, Lola really is all the business and we have high hopes for her especially after she gave Kate such a great feel across the country. Being HC there was no rosette to take home but she would have been right up there after leading the dressage and only adding 1 green rail to her scorecard.

A slightly mixed but generally good day at the office which as always was only made possible due to the amazing teamwork that goes on day in and day out at Dassett HQ. Well done everyone, with only a couple of months left, it’s time for the final push!!!! 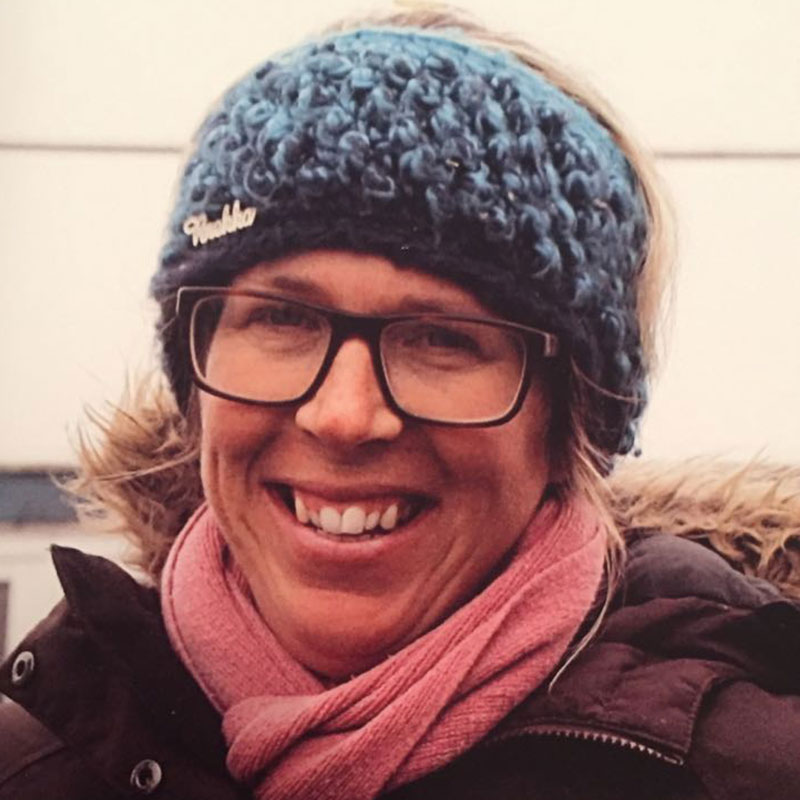