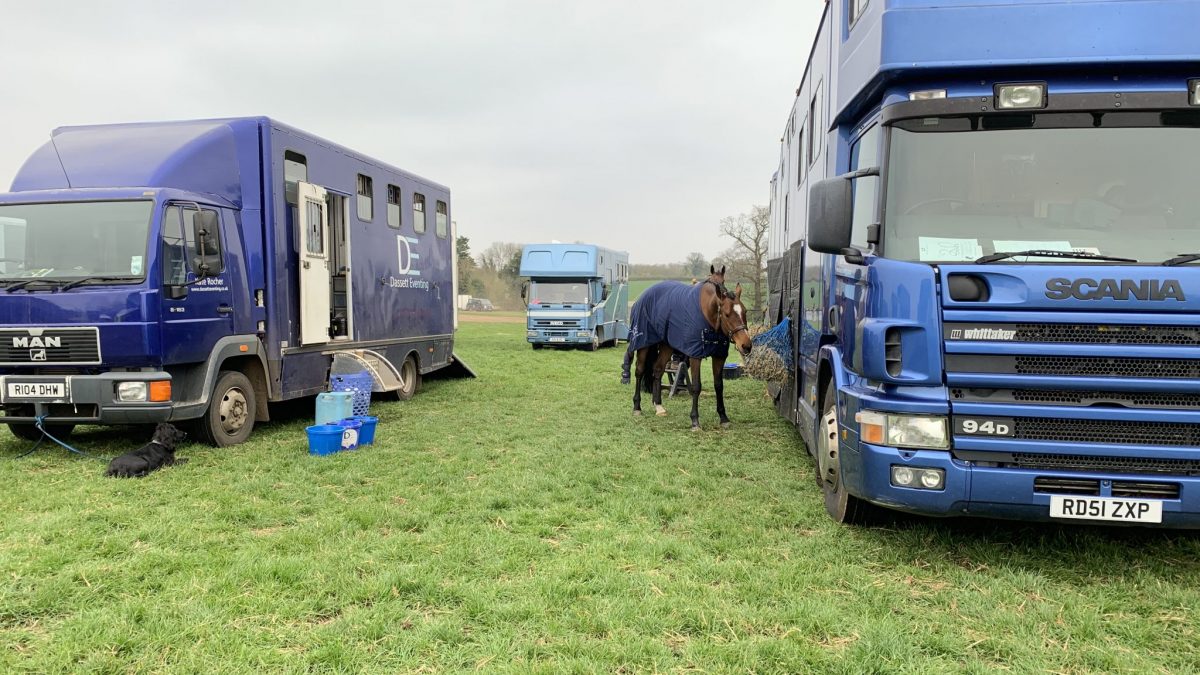 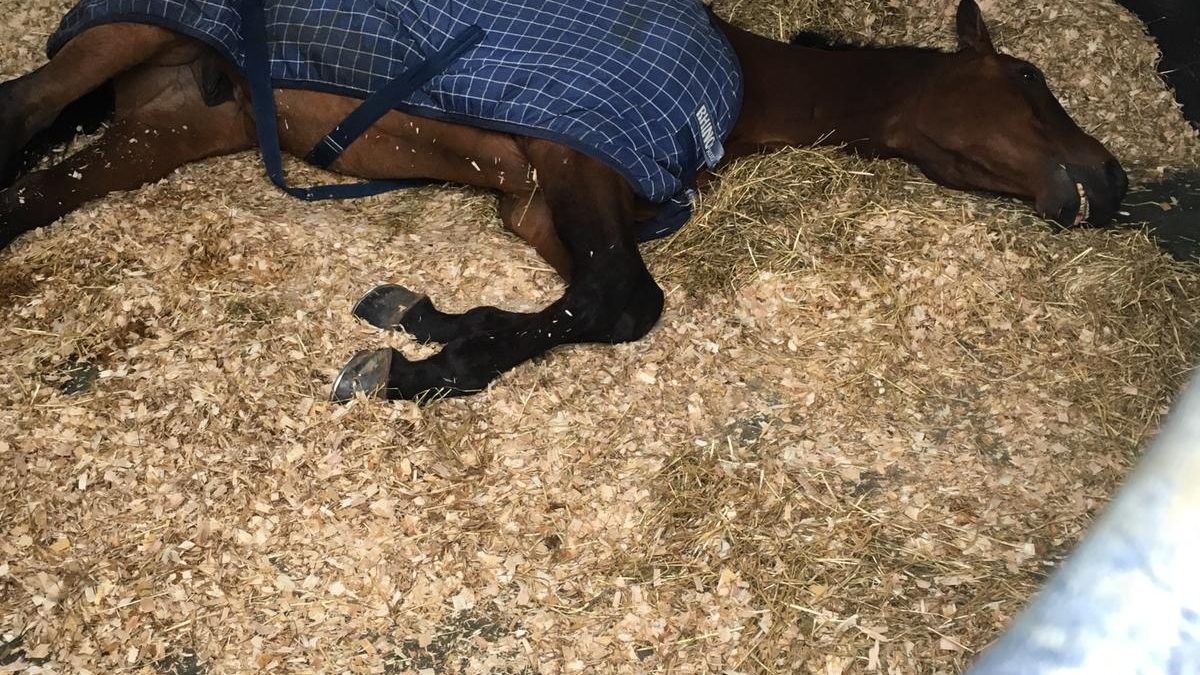 Disappointment filtered through Team Dassett on Saturday as the team realised they were heading off to Goring Heath with 9 young horses on the day the clocks move forward – everyone was going to get an hour less sleep! But spirits were high come Sunday morning and we actually had a good day, despite winter making a reappearance for the morning in particular.

I rode Dassett Forever Autumn in the OBE90 for Andrea Burdett and she was an absolute star! She has improved so much over these past few months and finished on her good 32 dressage mark for 8th place. I also rode 2 BE100 first timers; ex-racehorse Dassett Gold for my father and Dassett Eventing’s HHS Dassett Class. Dassett Gold added a few leaps and humps to his dressage test, but he will be very smart in this phase. He scored 39. There was no way he was touching any of the coloured poles, and jumped a great clear round show jumping. After a bit of a green start, he absolutely bossed the cross country and finished comfortably inside the time for 10th spot. He out did himself and spent most of Monday flat out in his stable – as the photo attached to this blog shows! HHS Dassett Class did an absolutely lovely test but the judge marked him down for being too low in front, so sadly we came away with a 31. However, he jumped a great double clear and got less and less spooky as the cross country round progressed. He also finished well within the time to come an impressive 3rd in his first BE100.

Craig rode Jeff and Jane Boon’s Caramba Z in the OBE90 and was very pleased with his dressage for a score of 32. Sadly the flags surrounding the show jumping arena were too much of a distraction, so the round didn’t quite go to plan! However, he finished up his day with a great clear across the country and will have learnt a huge amount from his day. Craig went on to ride Dassett Empire in the BE100; this horse’s power does run away with him at times and this can be a bit problematic in all three phases! He scored 35 in the dressage – the arena seemed very small! He went on to jump a stunning show jumping round until a real green blunder and disagreement on strides into the last double, resulting in 8 faults. Dassett Empire carried the greenness through onto the cross country course at times and picked up 20 penalties as a result. This is such a serious horse, but we have to be mindful that not only is he very powerful and tall, but that he is currently having a bit of a body reshuffle, and seems to be a different shape every day at the moment. We will sensitively produce him over the coming weeks. Craig rounded off his day on the gorgeous 5yo, Dassett Curra Candy, contesting her first BE100. She did an improved but wobbly dressage test for 37 and followed it up with a confident and classy double clear, with just a few time penalties dropping her to 11th place.

Hayley piloted The Wright Syndicate’s Dassett Diamond into 6th spot in the BE100, ahead of their upgrade to Novice level in a few weeks time. They did a smart test (with just one added extra!) for 32 and were unlucky to have the last show jump down. They jumped a confident clear cross country round to finish bang on the optimum time.

Amelia rode a couple of her own horses during the day and CSF Dassett Decoy for us. They did a smart test for 31 followed up with a lovely clear in the show jumping. CSF Dassett Decoy had a rather cheeky spook at fence 4a, resulting in 20 penalties, but upped his game for the rest of the round and redeemed himself somewhat – naughty boy, as he would have been very competitive without that 20 penalties!

Alice Midmer rounded off Team Dassett’s day (quite literally with a 4pm dressage time!) on board her own FWS Dassett Clover, also having their last BE100 run before upgrading to Novice level. The pair did a smart test for 34 but sadly added 8 cheap penalties form the show jumping – we’re not sure how impressed FWS Dassett Clover is with 1m high jumps anymore! However, he redeemed himself cross country and Alice was thrilled with how effortless and easy he made the track seem….seems like they are all set to upgrade…!

Lauren, as always, did a brilliant job to co-ordinate 2 lorries with 9 horses during the day and everything ran very smoothly and efficiently. Despite a few green moments from Dassett Empire and a cheeky moment from CSF Dassett Decoy, the team behaved well and we were delighted to come home with several bags of generous prizes.