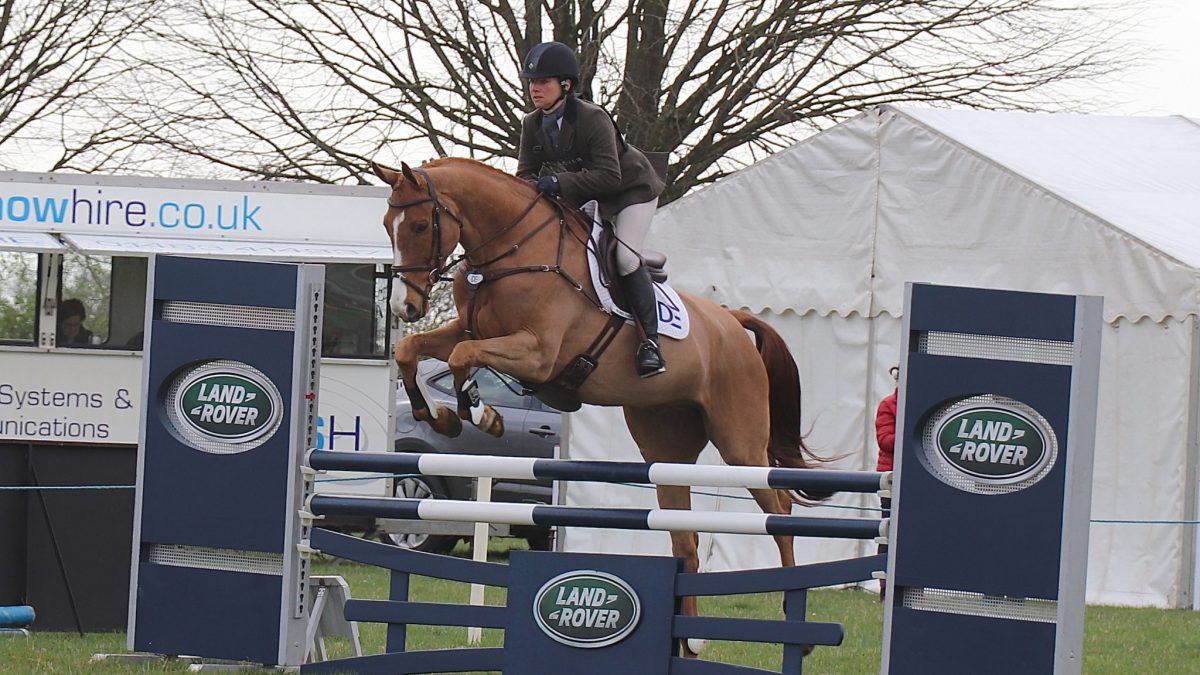 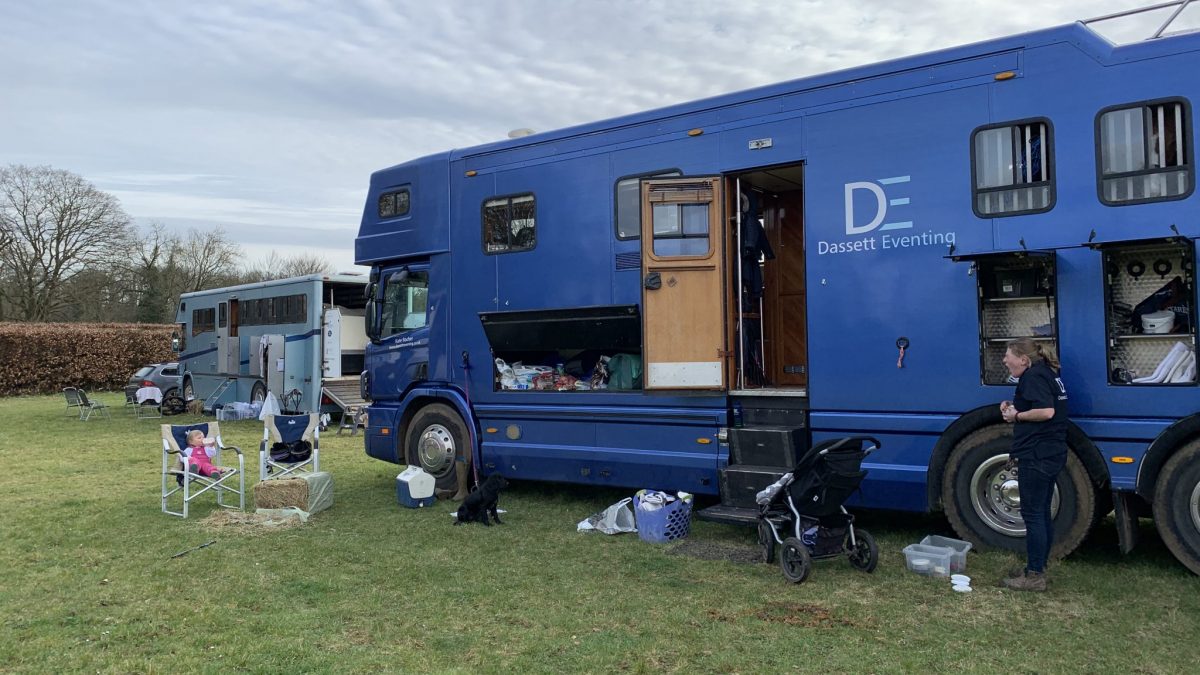 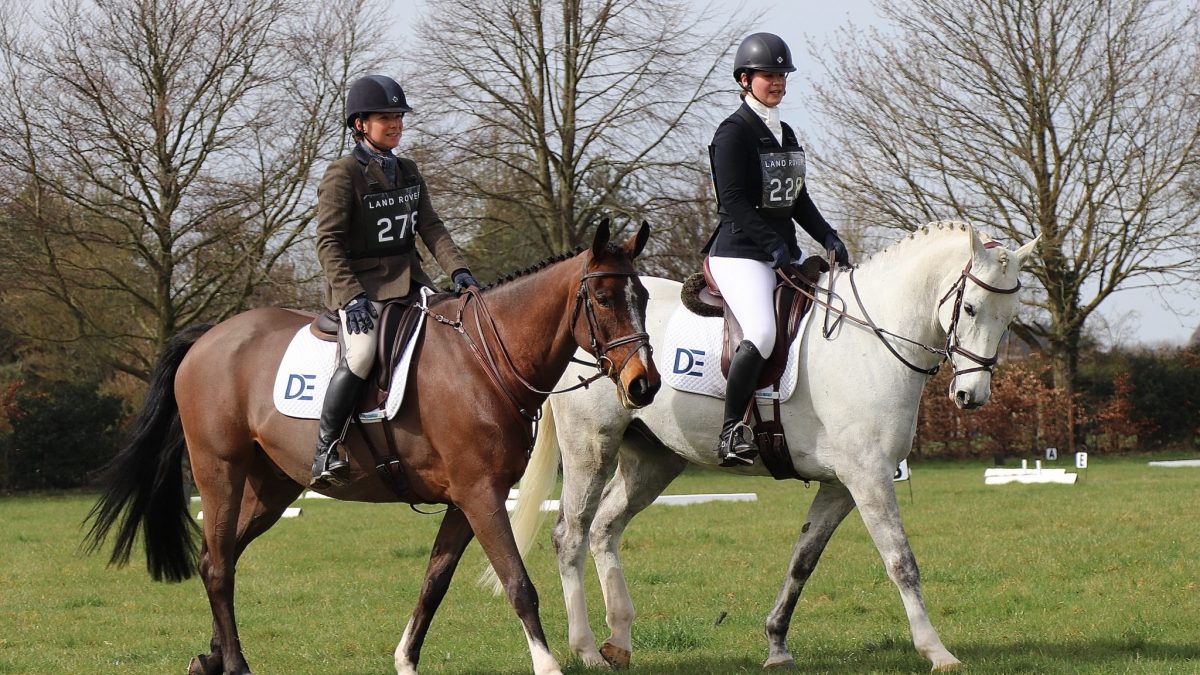 Safe to say this event went better than last year – on that occasion, Big Blue got as far as the queue into the lorry park before the event was cancelled!

I had SVS Dassett Enterprise and Dassett Jack in the Novice and Open Novice classes respectively. SVS Dassett Enterprise’s test caused quite a stir before I even went down the centre line – I headed off for this test on Dassett Jack – opps! The stewards very kindly, between lots of giggles, slotted SVS Dassett Enterprise in at the start of the judge’s next break so order was resumed. Last week I forgot a horse competing at Swalcliffe, and this week Lauren got muddled with the times – maybe we should start wearing badges saying “we are professionals”, as you could be forgiven for assuming otherwise! Anyway, we thought SVS Dassett Enterprise did a great test, but only scored a disappointing 34. He was as excited and enthusiastic about his job today as I’ve ever known him (I was glad of my neck strap in the cross country warm up!), and did a lovely double clear for a low placing. Dassett Jack did a great test for him – the ability in this phase is never lacking, just the relaxation! He scored 31 and as enthusiasm seemed to be the buzz word for my day, he also followed it up with a very enthusiastic double clear. He now heads to the CCI3*-S at Burnham Market in a couple of weeks.

Craig piloted the established ARD Dassett Spectre and MBF Dassett Legacy around the Novice. We were also disappointed with ARD Dassett Spectre’s mark, as we thought he did a lovely test but only scored 34. A cheap rail fell show jumping, so Craig just gave him a quiet, steady run cross country, but was thrilled with how he felt. MBF Dassett Legacy did a good test with a couple of mistakes for 31. I think the jumping phases are really becoming far too small for this horse, and by the last show jump, the cross country in the distance looked far more interesting, so down the rail came. He made absolutely nothing of the cross country, and despite not at all being hurried, finished comfortably within the time for a low placing.

Amelia and Boleybawn Dassett Cruise were having their first Novice outing together and seemed to have a ball! They did a good test for 34 and followed it up with a very convincing double clear. This fun pair will look to consolidate on some Novice form before heading to a 2* later this spring.

And rounding the lorry load of horses up was my sister, Alice, with her own Dassett Supreme. Although still a Garde III horse, they were in the Open Novice. Dassett Supreme was a little excited in the dressage and scored a 32. The last fence in the show jumping also caught this pair out, but they had a smashing clear cross country round and were on cloud nine afterwards.

All in all, a good day made all the better by the lovely weather!