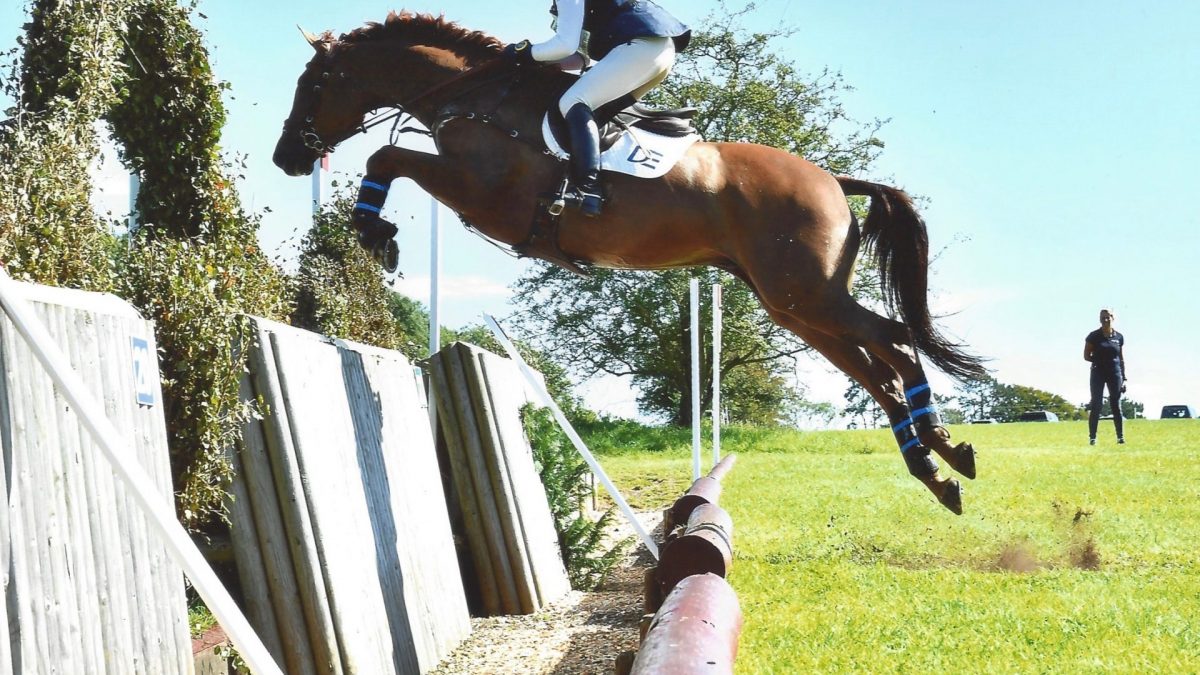 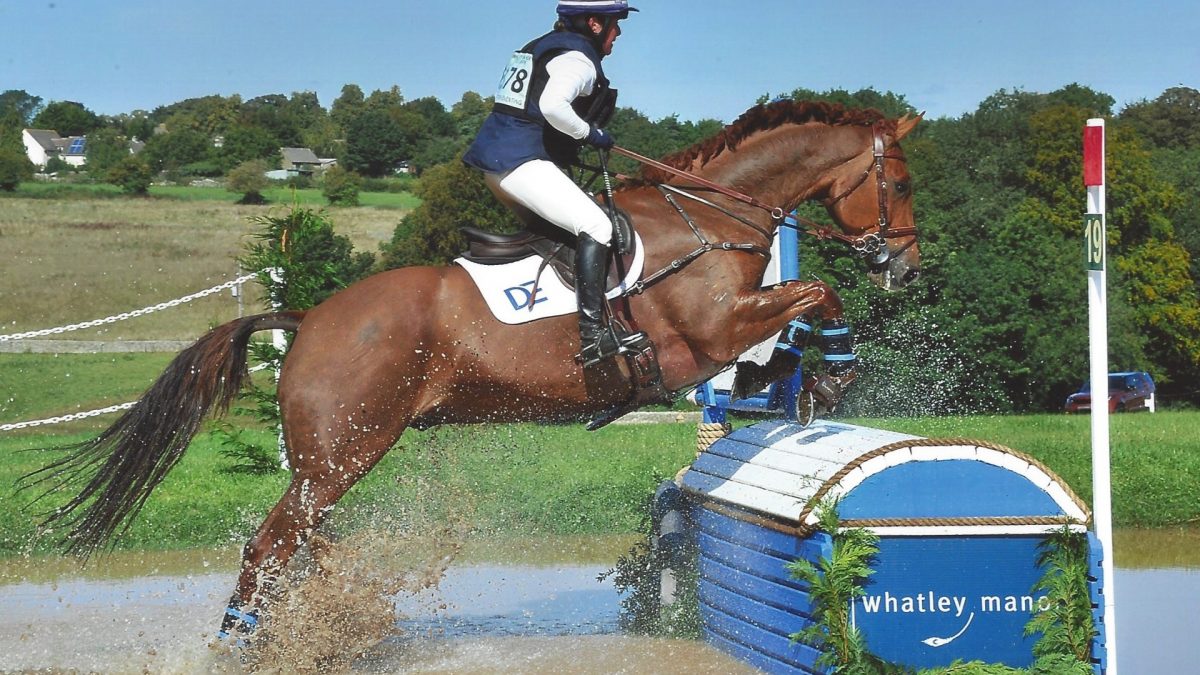 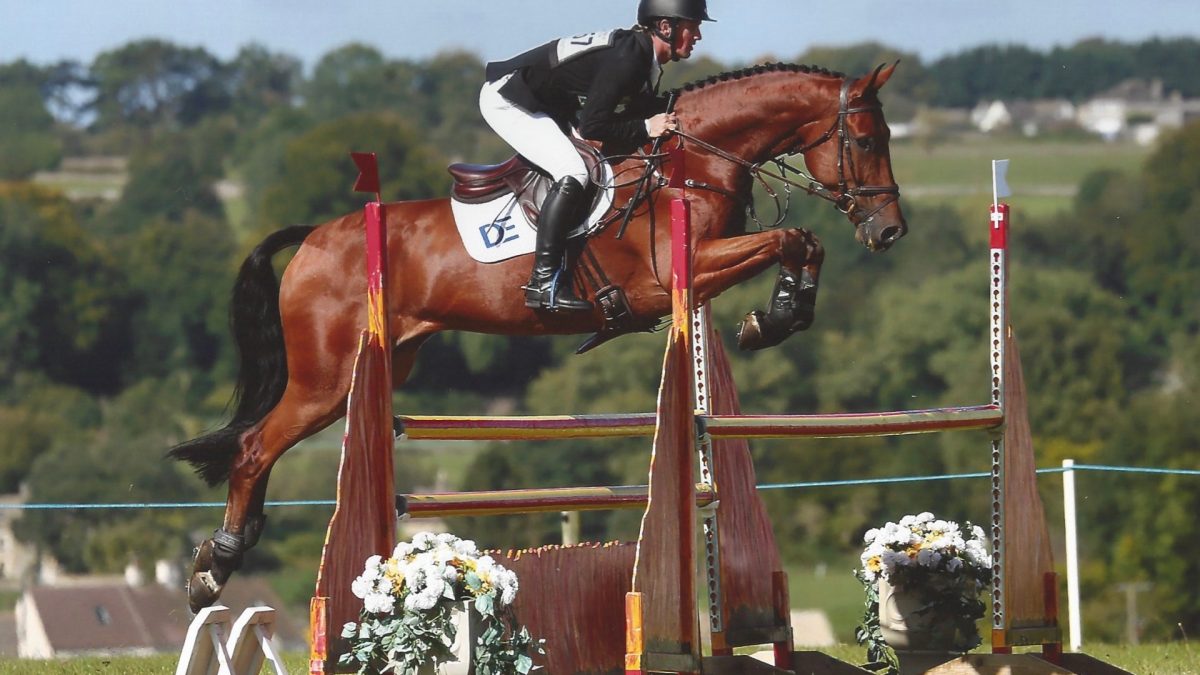 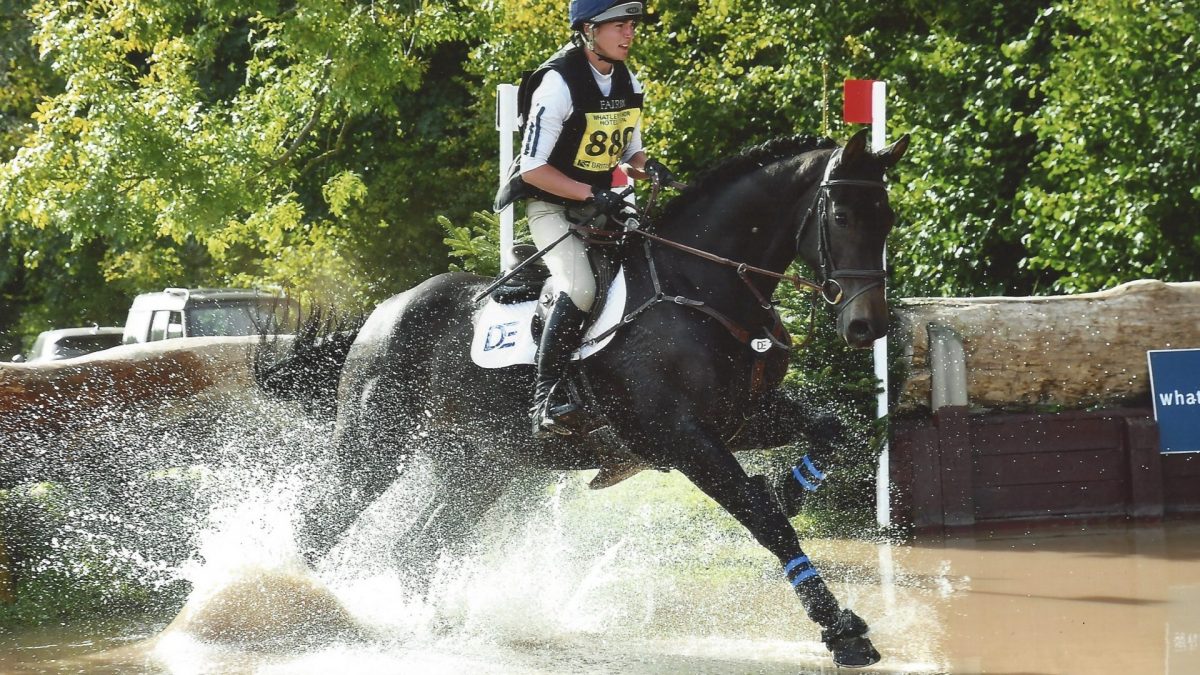 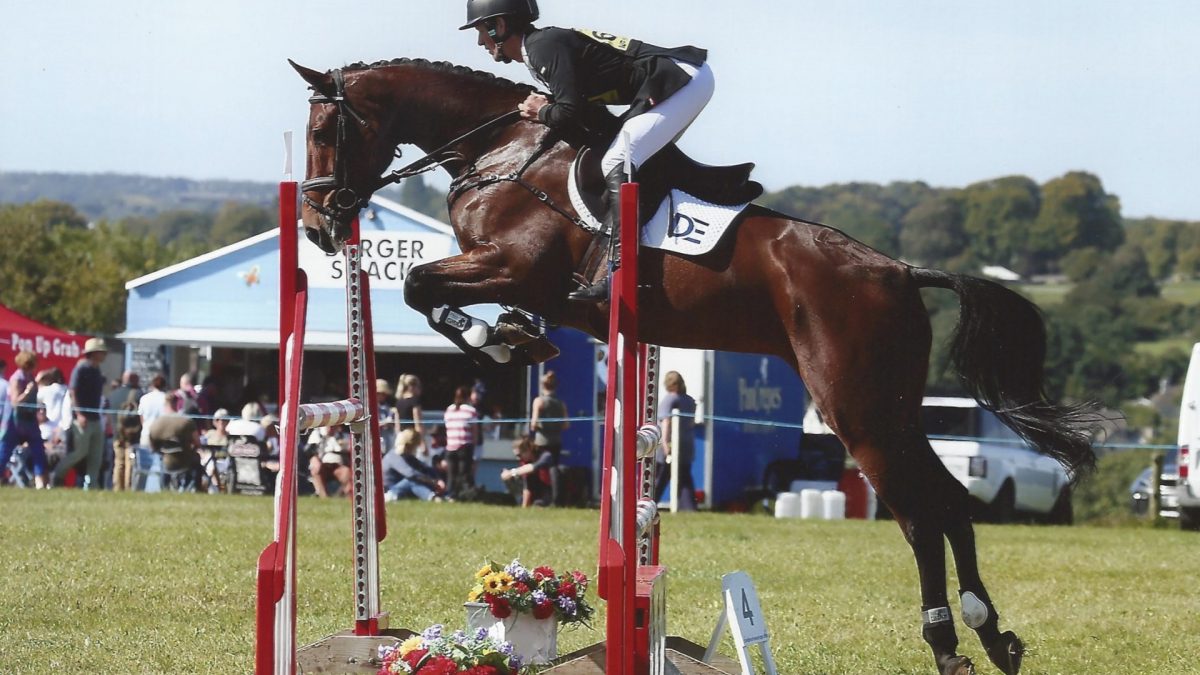 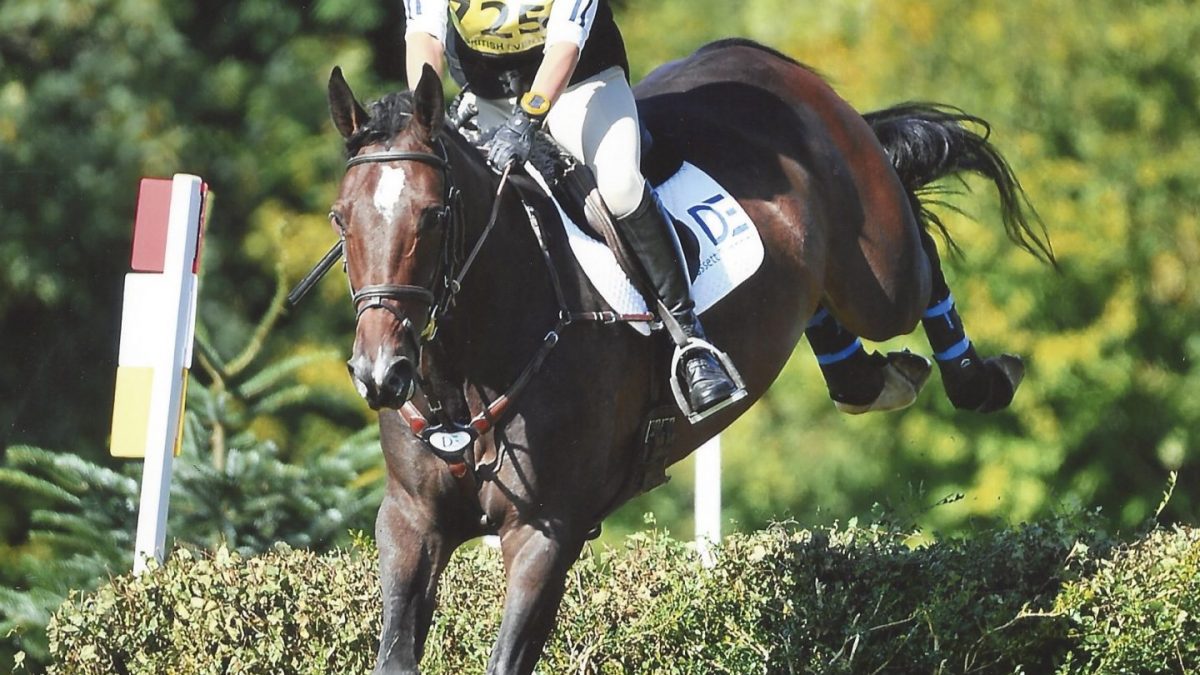 It was back down to Gatcombe but this time for the final ever ‘Little Gatcombe’ as we call it. After 26 years, the venue will now only host the British Festival of Eventing in August each year. All our crew were young horses and overall, we were delighted with their performances;

Day 1 saw our #super 7s in the Intermediate and Craig, Amelia and I had one each;

I rode HHS Dassett Class in his third start at this level. He doesn’t feel quite as good on the flat at the moment as he did a few weeks ago, but I think this is just where he is at physically for now – he has changed beyond all recognition these past few months. We scored a 34. Our SJ was so much better, but one cheap rail fell, which was a shame as he actually deserved a clear. He was brilliant XC, with a pretty solid and faultless clear. As with all of today’s runners, we took them steady ahead of their next run, the National 7YO Championships at Osberton in 3 weeks, so we added 18 time faults to our score to finish mid division.

Craig piloted the awesome MBF Dassett Legacy. They did a good test with one big mistake and ended up with a fairly competitive  35 in quite a high scoring section. They jumped an immaculate SJ round with one very cheap rail coming down – it seemed to be the boggy fence – a rather flimsy looking fence at the end of a very short distance. However, there were no cheap moments XC as Craig reported MBF Dassett Legacy was unbelievable XC! There is no way he seems like a 7yo and just eats up the jumps, combinations and ground. He is a class horse. Despite just hacking around, they only got 12 time faults and also ended mid division.

Amelia was on the brilliant jumper, Boleybawn Dassett Cruise. Sadly there dressage test did not start off well at all, scoring some rather naughty 1s!! But after a couple of movements the pair regained their composure and were back up into the 7s and 8s. Sadly it was not enough to give them a competitive mark and they ended up on a 41 – opps! Boleybawn Dassett Cruise was a bit too keen down the first line of the SJ so annoyingly the second fence fell, but otherwise jumped a very polished round. This little horse has so much scope and covers so much ground, you’d never think he was on the smaller side. Amelia was absolutely thrilled with their XC round, as they jumped a great clear. Amelia reported Boleybawn Dassett Cruise seemed to have really taken all the questions on board from a big track at Wellington a few weeks ago and came out of the start box all the more mature and positive for it – a great sign in a young horse.

I was away at my cousin’s wedding for Day 2, so the troops headed down to Gatcombe for Novice day without me and a lorry load of lovely 5 and 6 year olds;

Craig was on board the stunning 6yo, Dassett Empire. When his balance is right, the dressage will be such a strong phase for this horse, but for now, to contain all his power he has to go a little under powered and as a result ended up on 35. He manages his power better when there is a jump in front of him (!!), and made nothing of Gatcombe’s SJ and XC tracks, jumping a very polished and established double clear to end the day in the mid teens. Craig also rode Novice first timer, the 5yo Dassett Curra Candy. This is such a wonderful mare and is all about getting the job done – I don’t think she even noticed the step up and I have a feeling she will continue her career that way! She did a lovely test for a 32 and jumped beautiful clear rounds in both the SJ arena and out on the XC course. Her natural gallop meant she only added 2 time penalties to her score to end the day in 8th place – not bad for a 5yo at her first Novice!

Amelia’s first of 3 rides was the 6yo CSF Dassett Decoy; they did a lovely test but were in a very competitive ON section (to avoid balloting) and came away with a 34. They added nothing in the SJ arena, jumping a very polished round and actually looking like the jumps are getting a bit on the small side. CSF Dassett Decoy was brilliant XC and Amelia had a wonderful clear round, bringing her home beaming from ear to ear! Despite only 2 time faults XC, the competitive ON section left them half way down the leader board at the end of the day. Amelia’s second ride was the incredible 5yo, Dassett Select. A standard dressage test for this lovely horse left them on a very competitive and impressive mark of 25! Sadly a cheap, flappy toe lowered 2 consecutive poles out of a double and down a tight distance, but this super scopey horse is so careful – I genuinely don’t think he realised he touched the rails. He followed this up with a class clear XC and Amelia just can not believe he is only 5 year old! She didn’t push him too fast ahead of the National 5YO Championships in a few weeks, and a few time faults out on course left them pair just outside the top ten in the final placings. Amelia’s final ride was 5yo Novice debutant, Dassett Rock Star. Fresh off the back of 3 consecutive BE100 wins, Dassett Rock Star kept up the standard with a brilliant performance from start to finish. He knocked out a 27 dressage and jumped an immaculate clear round in both the SJ and XC to finish not far out of the placings with a handful of XC time penalties. Amelia was delighted with how well this talented and eye catching horse stepped up and couldn’t be more exited about both these 5yo heading to Osberton in a few weeks…!

Hayley rounded off the Novice day with the Wright Syndicate’s Dassett Diamond. The pair did a lovely dressage for a competitive mark of 29. A couple of rails fell in the SJ arena, but the round was so much more consistent and the second rail was really very unlucky. Sadly the twisting in and out of the woods and light / dark caught up with Dassett Diamond and despite starting like a XC demon, she went quite green on Hayley half way round. The water ended their day, but I think it was more a lack of general confidence rather than any particular issue with water. We have had many a good horse caught out by the wall double into the woods and I have to say, I will not miss that question at all with the end of this venue! Dassett Diamond is schooling very well at home this week, so we are very confident she will be back out on top form at her next run.

Overall, a great weekend and as I mentioned at the start, we are so delighted to have so many talented young horses showing their class at these early stages in their careers.