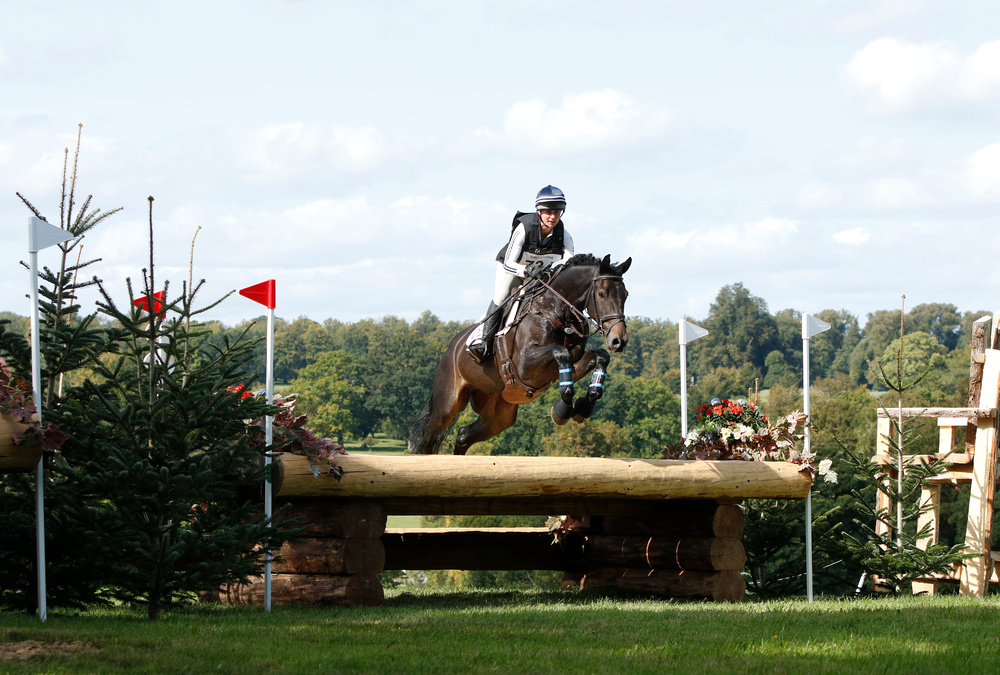 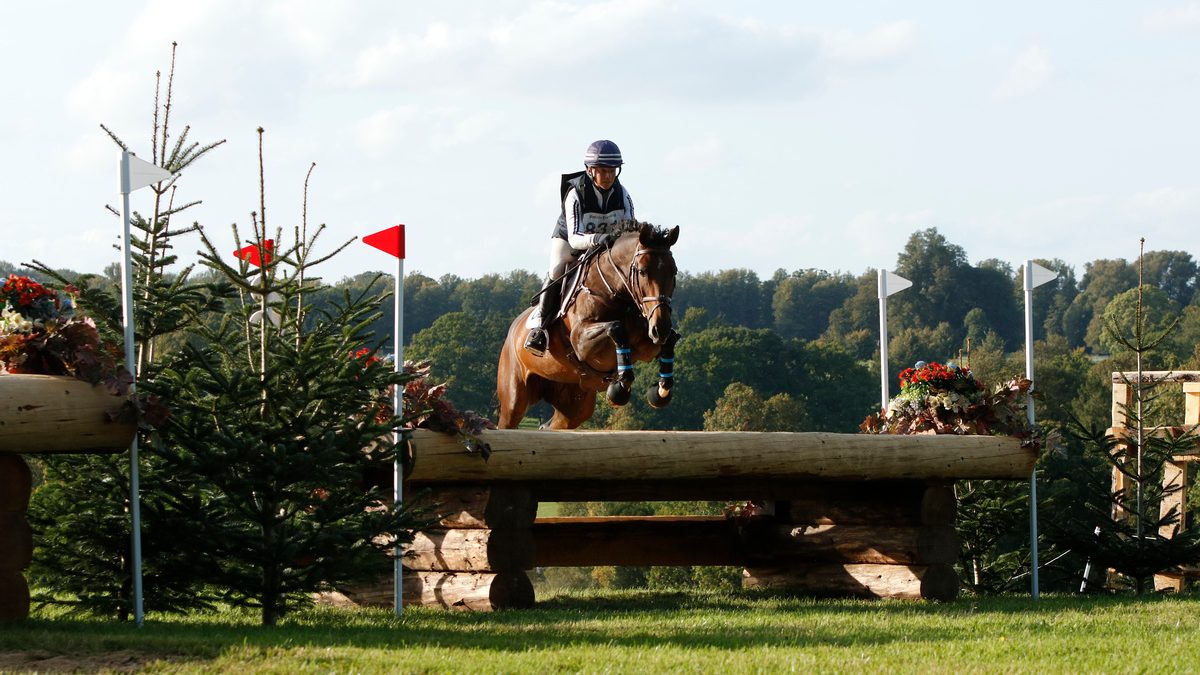 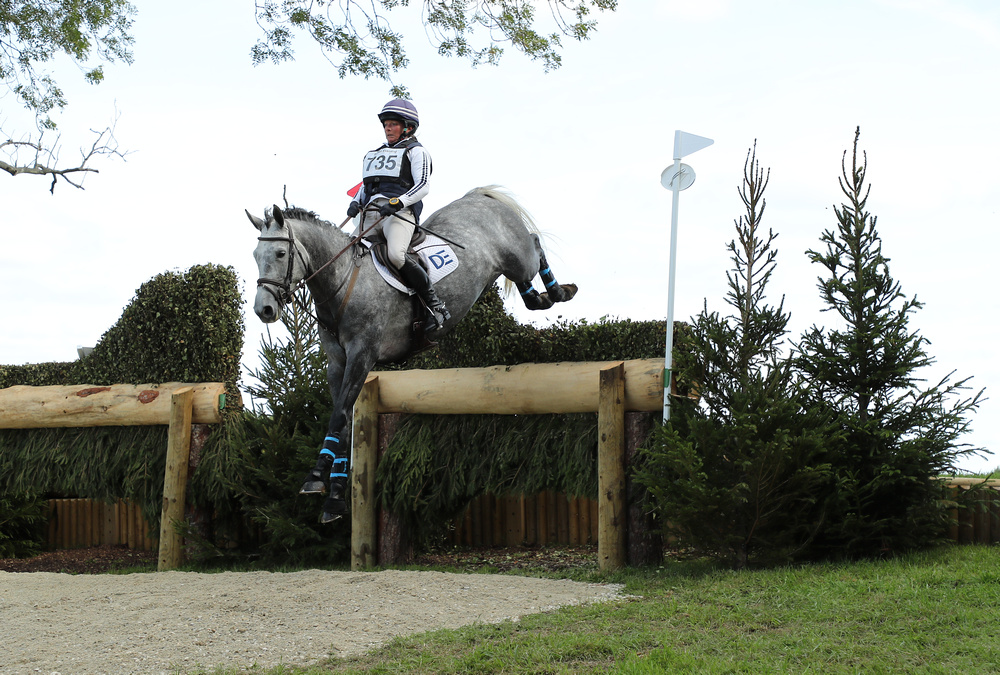 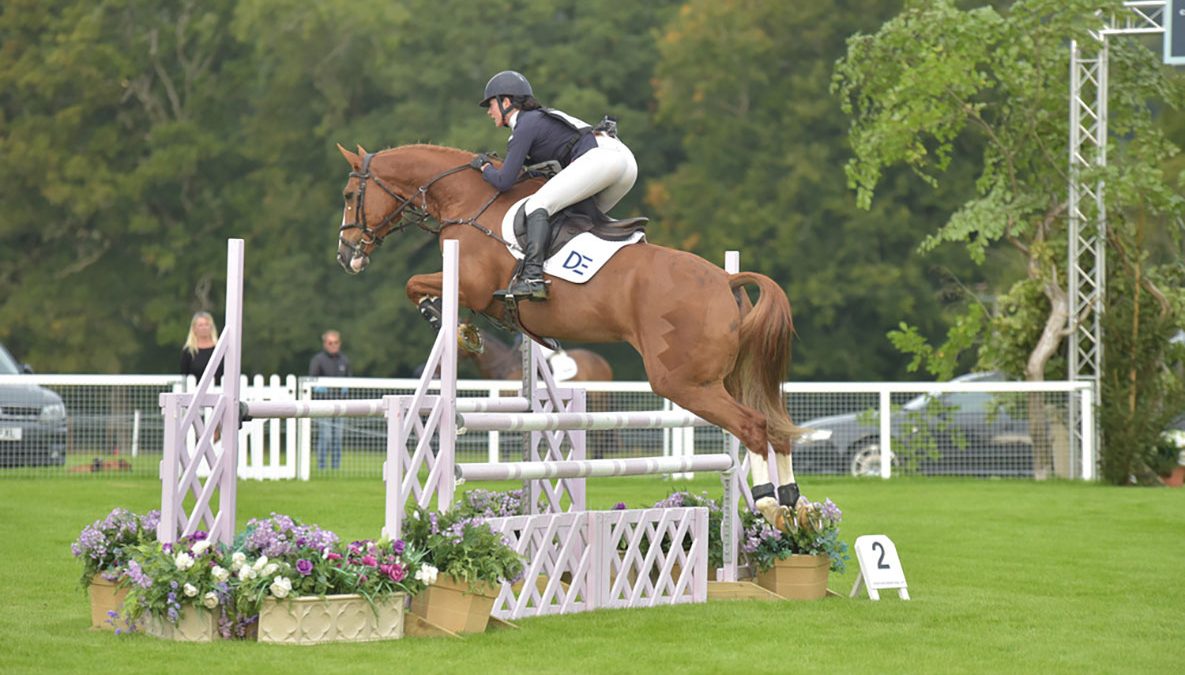 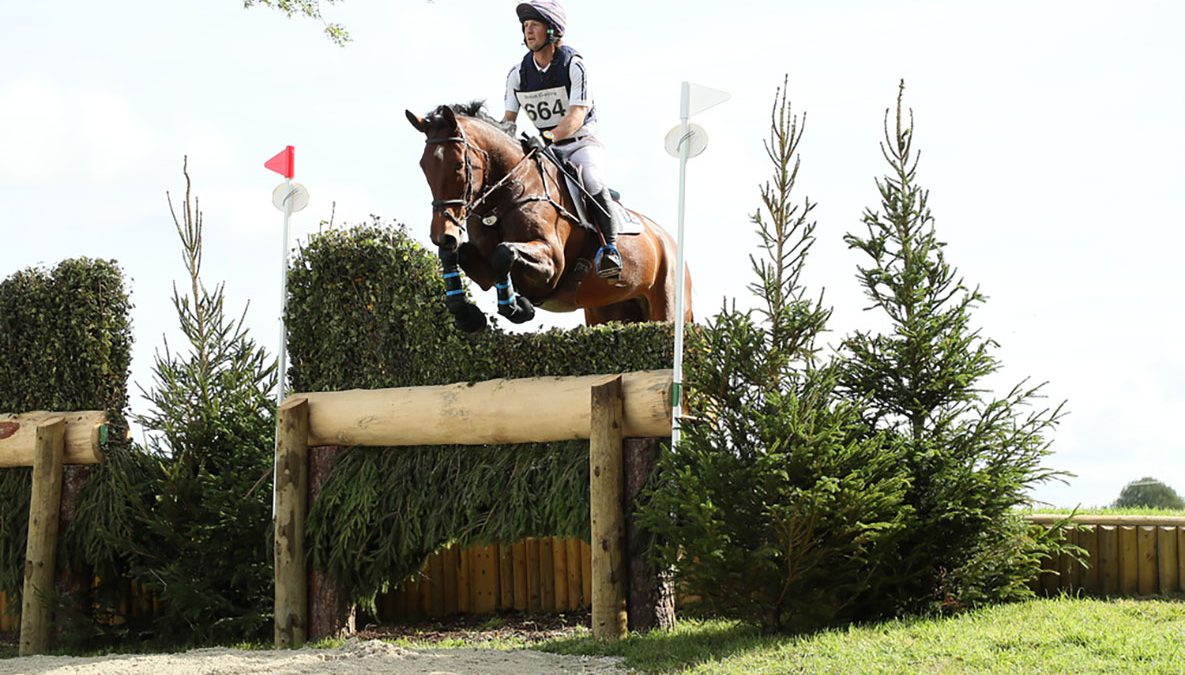 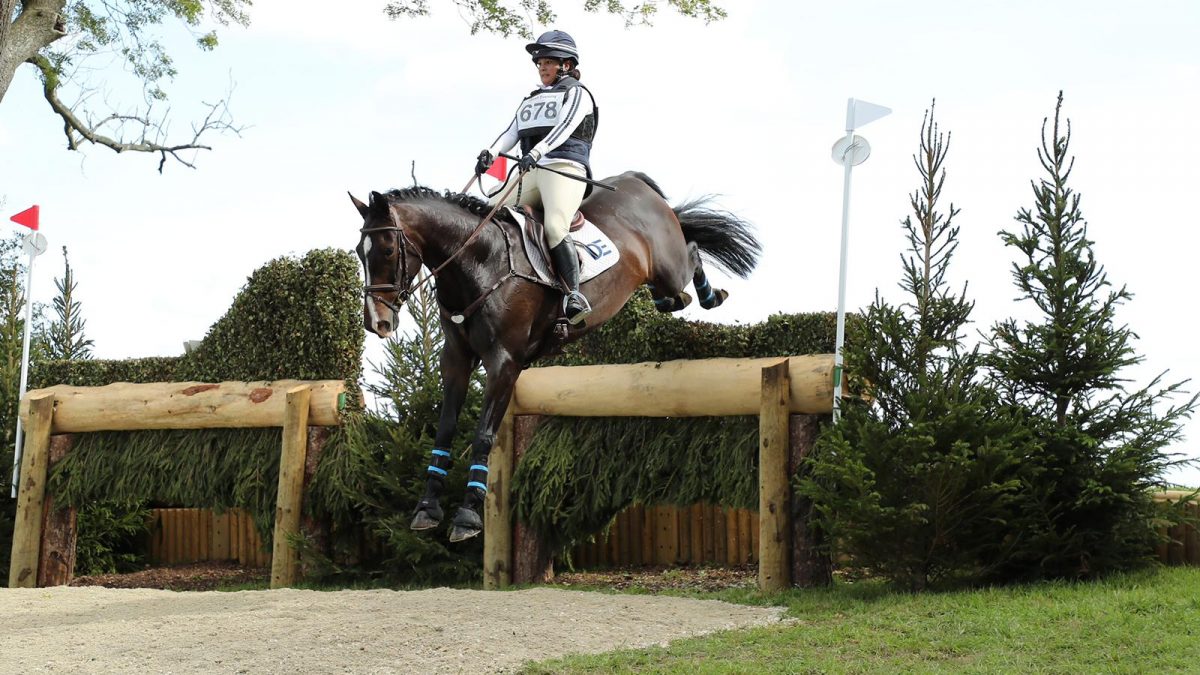 What a great new asset to our eventing calendar – not only is the event relatively local to us, but it is a lovely venue and the team made a great effort. We thought the XC tracks were very strong across the board, but the horses read them well and ticked a lot of boxes on their way round.

First up on the Friday was Amelia and Boleybawn Dassett Cruise (Joey) in the Intermediate…and he was an out and out dude! Following a 33 dressage, he jumped a class double clear. His SJ round was so impressive and he gave Amelia a fantastic spin around a really stiff XC track. 12 time faults left them out of the money, but thrilled with this combination’s performance. And I can’t not mention a great friend Joey made whilst hacking to the dressage…a deer! He followed him all the way and even sped up when Joey did…check out of social media platforms for the hilarious video!

Saturday saw a busy day of Novice horses. Craig’s only ride of the weekend was the classy 6yo, Dassett Curra Candy (Candy) in the Novice. She posted a respectable dressage of 34 and was very unlucky to tip the last part of the combination – very unusual for her! And Craig was delighted with her performance XC – she really ate up all the questions in a mature and educated way, yet full of intelligent confidence. A great round.

Amelia piloted another 6yo, Dassett Select (JJ), around the Novice. He did a lovely test for a competitive score of 29, but then was incredibly fresh in the SJ warm up! Amelia did well to contain him! He got the better of his excitement when in the ring, and jumped a lovely round but sadly the same rail as Candy got tipped out of it’s cups – the last part of the combination…fast becoming our boggy fence! JJ looked like the class horse he will be XC, although went a touch green in the middle of the track resulting in 10 time faults, which sadly dropped him out of the placing. I think this intelligent horse found everything so incredibly easy as a 5yo, it’s actually good to see him really absorbing what he is doing and adding it to his education bank, rather than just pinging up in the air over everything!

Amelia’s final ride was on the mighty 6yo, Dassett Rock Star. He wowed with yet another tip top dressage mark of 25 (!!!) and did not come remotely close to touching any of the rails, let alone the last in the treble! Amelia was delighted with his performance XC and said he felt like an absolute pro! We think he spent more time looking at what he was doing last year, resulting in the feeling that his education bank is a bit deeper than JJ’s.

I rode Lesley Rocher and Sheena Hawkin’s Dassett Showgirl (Lola) around her third Novice track. She did a lovely test, despite still being quite weak in herself, and got compliments off the dressage judge when finished! She scored a competitive 30. Safe to say the long hack back from the dressage caused some excitement as we got closer to home…glad I put the neck strap back on after my test!! This theme continued into the SJ warm, but thankfully the focus of the job in hand brought Lola back into line and she jumped a cracking clear SJ round. She followed this up with a brilliant clear XC – she was exceptional at all the fences. She isn’t yet strong or balanced enough to make the time XC and our 11 time faults dropped us out of the placing, but given time, we are very excited about this little mare’s future.

The final Novice horse of the day was Andrea Burdett’s Dassett Forever Autumn (Autumn), who I also rode. She did a lovely test and we were a bit disappointed with her score of 32. A very frustrating rail fell out of the double which just felt like a genuine mistake – not something this lovely mare normally makes. And once again, Autumn answered all the questions XC, gaining in confidence all the way round. I can not stress how much the mare has improved in this short season and we were delighted with her performance today.

The next and final day of the event saw HHS Dassett Class (Matt) contest the CCIS3* with myself – on my birthday! Our test wasn’t as good as it normally is, with a few miscommunication early on and then it seemed the judges held it against us. We came away with the worst mark of Matt’s career so far – 36. However, he jumped such a great clear round in the SJ and really does feel so solid in this phase now. He could have just kept jumping and is so straightforward and careful to ride. There were not many clear rounds in the SJ, and this really shot us up the leader board. Matt went on to answer all the questions XC around what I thought was a very stiff track – more like an Advanced than an 3*. We went all the straight routes and I think Matt is one of the best horses I have ridden into combinations – he is so measured, careful yet bold and unphased – really impressed by him. I must admit I have not been feeling at my best these past few weeks as I am suffering quite badly with morning sickness from my second pregnancy…although it is definitely NOT confined to the morning!! This has left me a bit dizzy and weak a lot of the time, and I think this showed up a bit too much today, resulting in 11 time faults XC which very disappointingly dropped us out of the placings. However, couldn’t be happier with Matt!

With my baby due early in 2021, I have decided this will be my last event of the rather short 2020 eventing season. I will continue to ride at home, but avoid competing. So for my three rides this weekend, that’s the end of their eventing season too…but we will keep training before I grow too big!