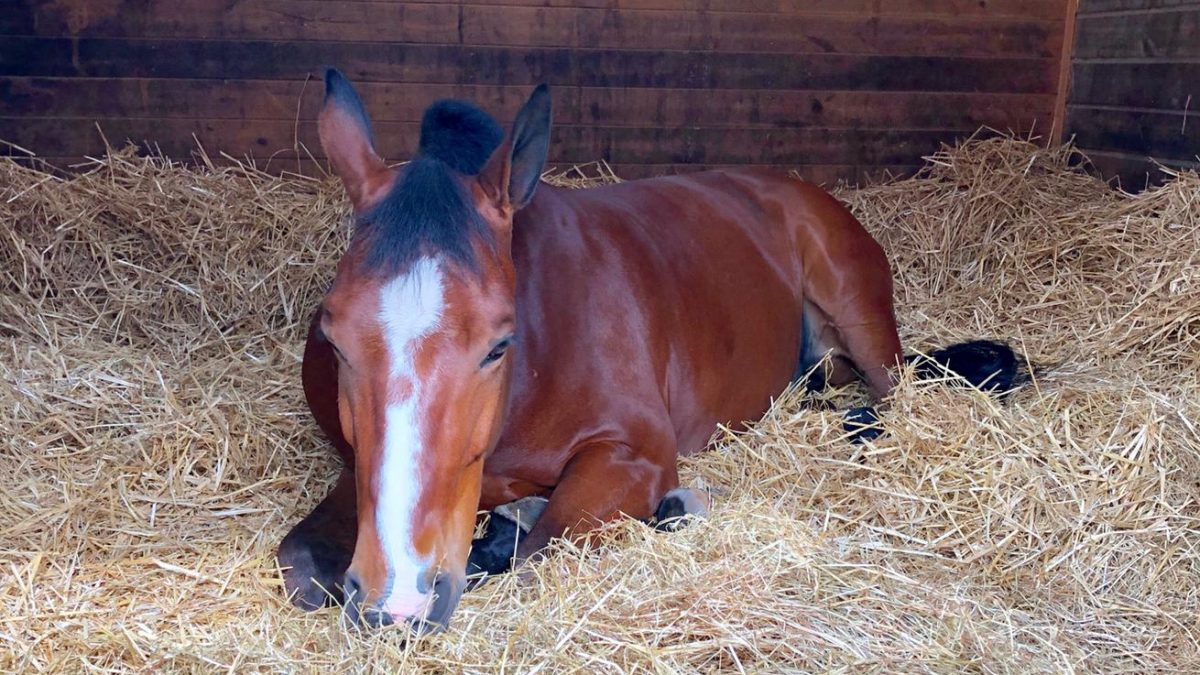 Wet, wet, wet! That is about all I need to say!

Craig had Dassett Empire and Dassett Curra Candy in the Novice, and Jeff and Jane Boon’s Caramba Z in the BE100, whilst Amelia piloted the super fun CSF Dassett Decoy around the Novice.

Sadly Dassett Curra Candy didn’t even make it on to the lorry in the morning as she cut her leg – somehow – in the stable over night and we didn’t want to risk the wound in all the wet mud. Great start to the day! Dassett Empire kicked the action off well with a lovely test, but slightly under powered, for a mark of 35. He followed it up with a immaculate clear SJ round, which is fast becoming this horse’s norm. He was giving Craig one of the best rides he’s had until the water fence a couple from home – the pair jumped far too big into the water and totally missed their turn to the skinny fence in the water. On representing they slipped very badly, a shoe went flying and then Dassett Empire spooked at it flying through the air and landing in the water, meaning the didn’t even get to the fence the second time to represent. With the horse’s first International only a few weeks away, Craig decided to give this super talented horse a pat and forget about the silly last few minutes! Luckily for Craig, Caramba Z saved the day with a good dressage of 32, one rail in the SJ and a lovely clear XC to 10th – a lovely way to end this horse’s season.

Amelia and CSF Dassett Decoy were on flying form to finish 5th in their class! This horse is really coming together and Amelia is having great fun on him at the moment! They did a very smart test for 32, added nothing in the SJ arena and cruised clear around the XC for 8 time faults, which was fast for the day. As the photo shows, clearly CSF Dassett Decoy felt he deserved a good rest following his efforts!