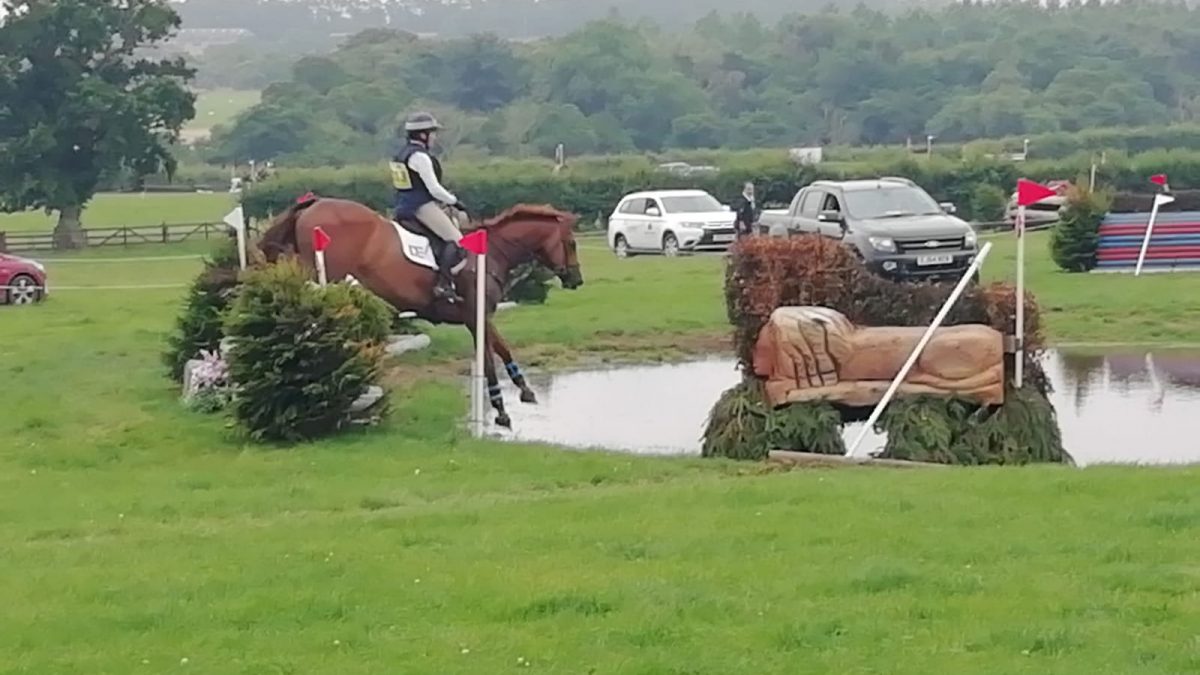 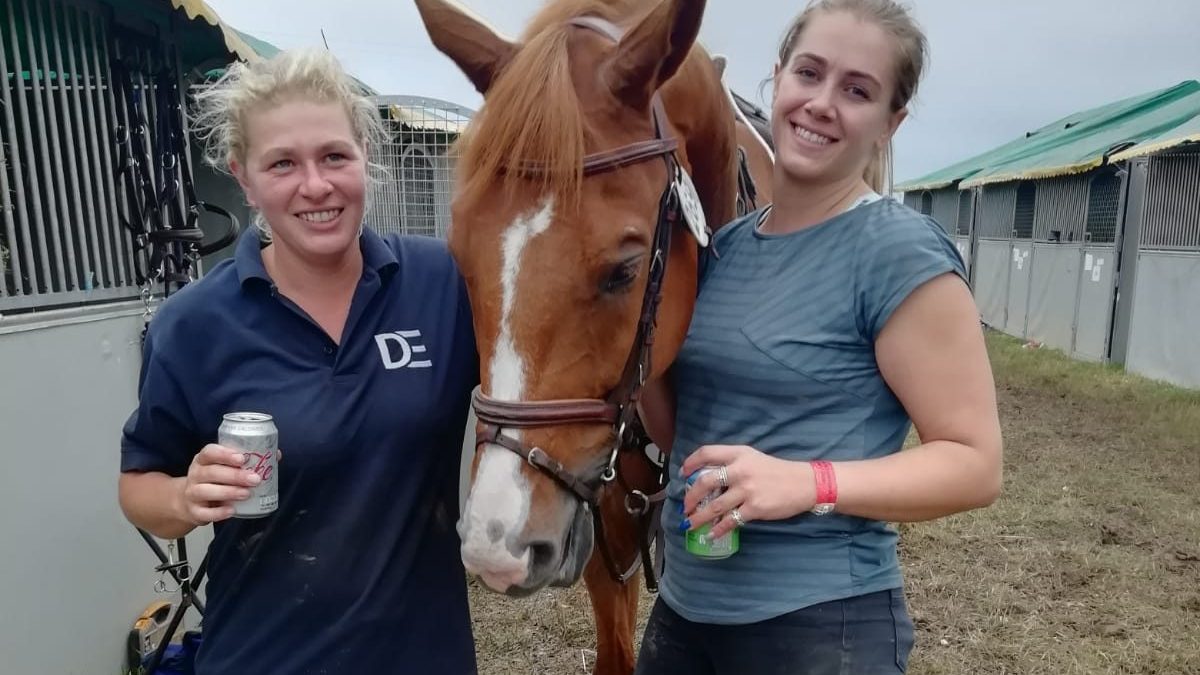 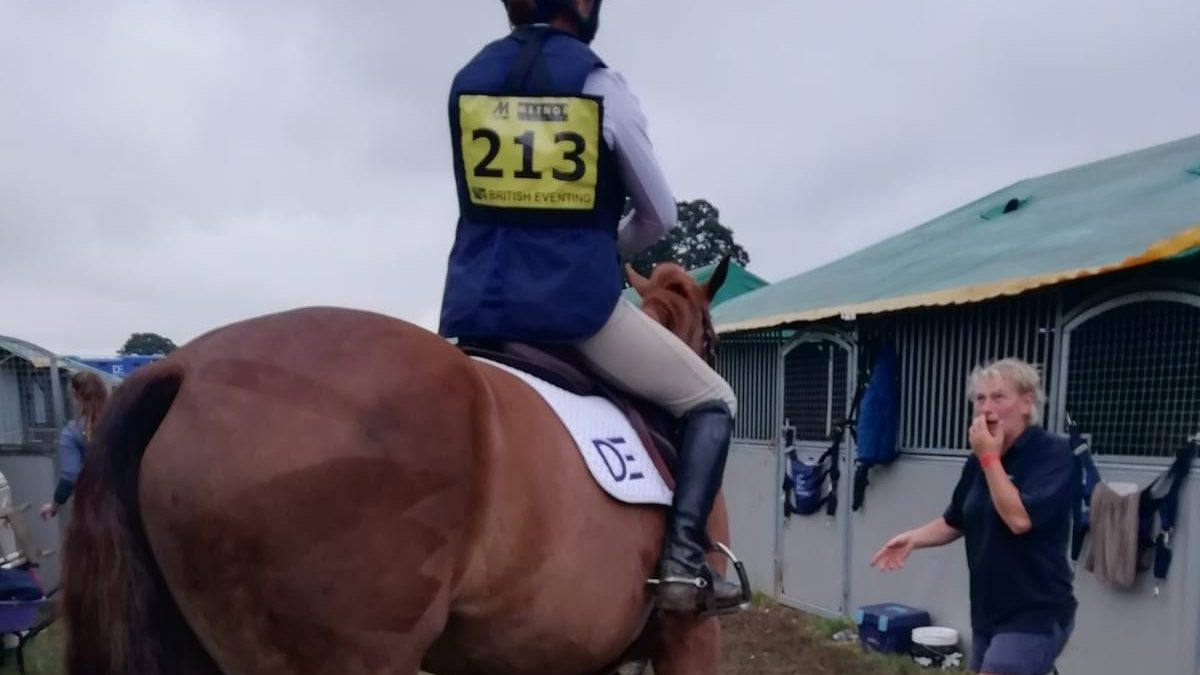 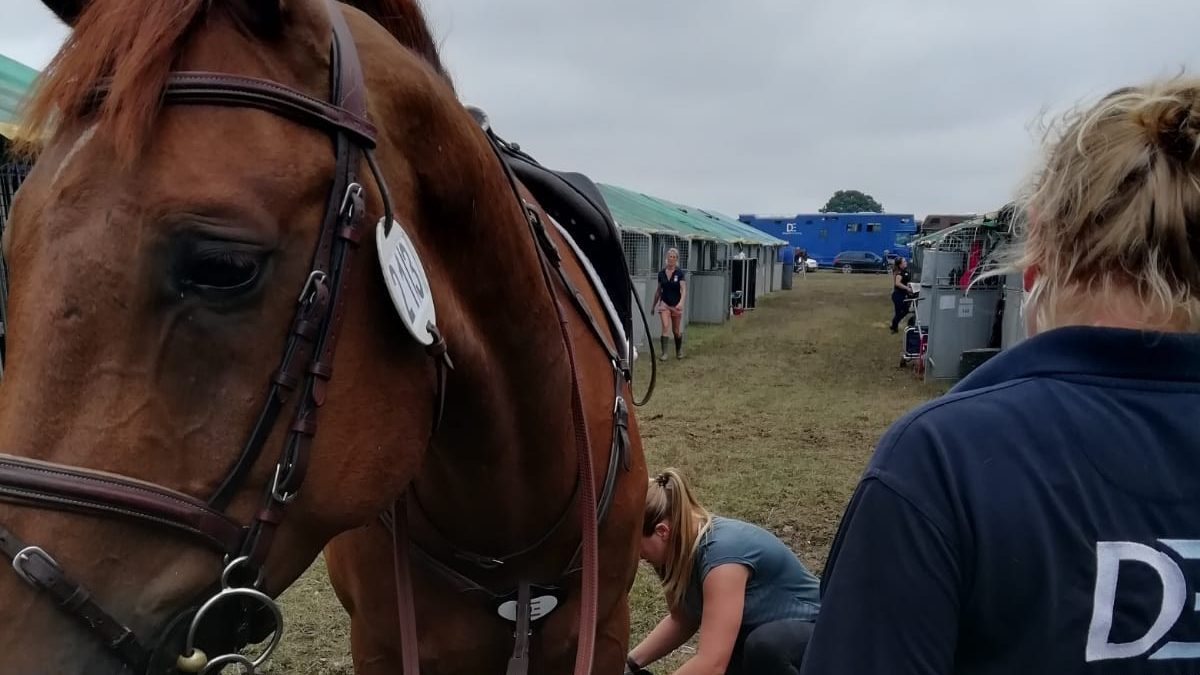 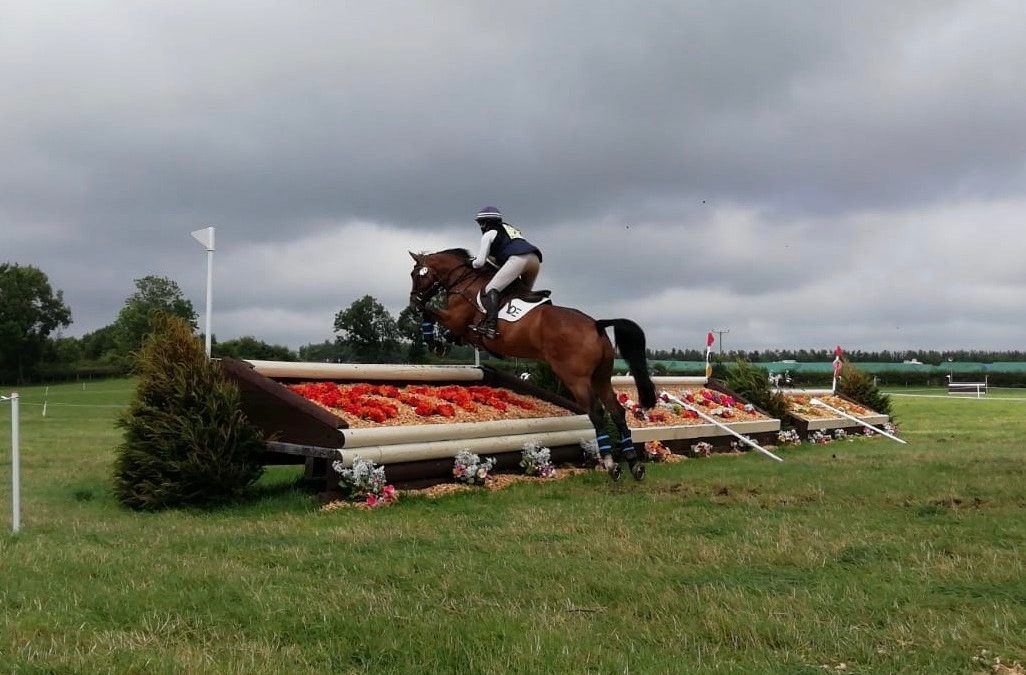 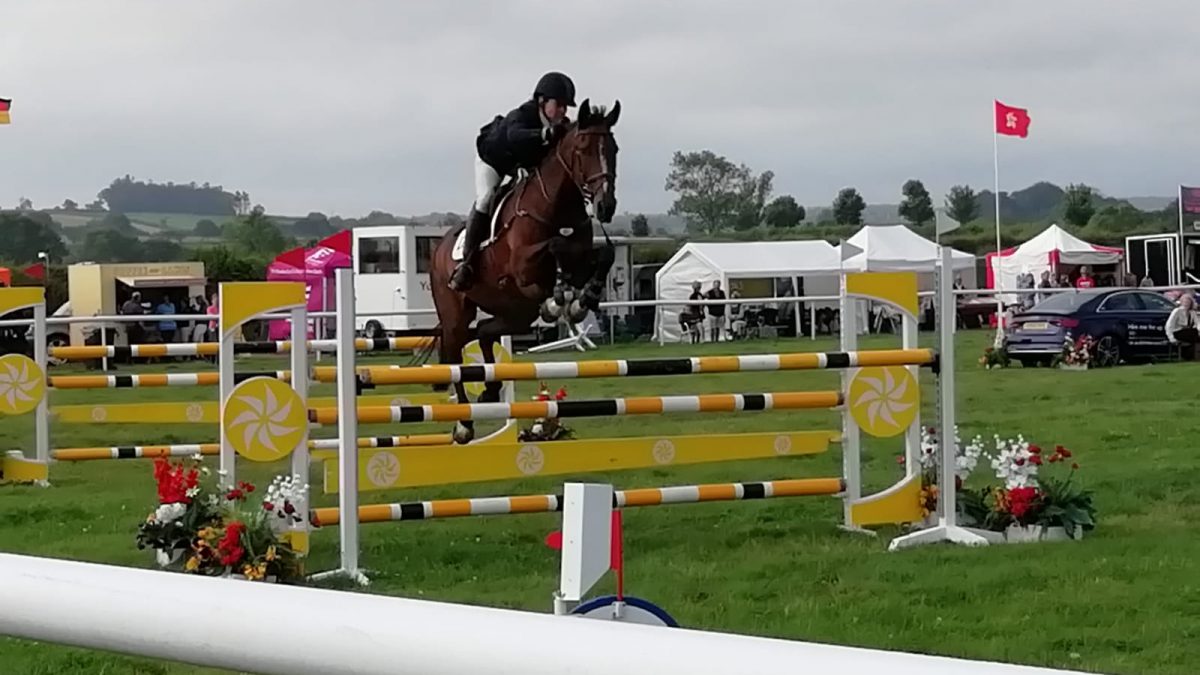 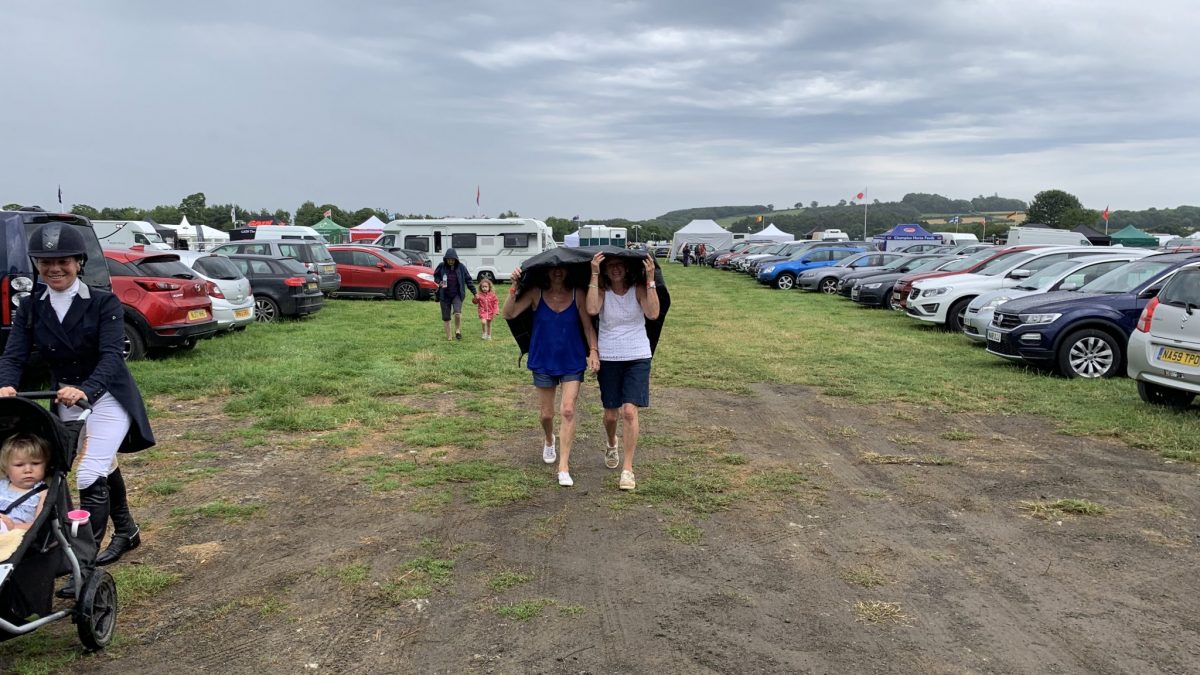 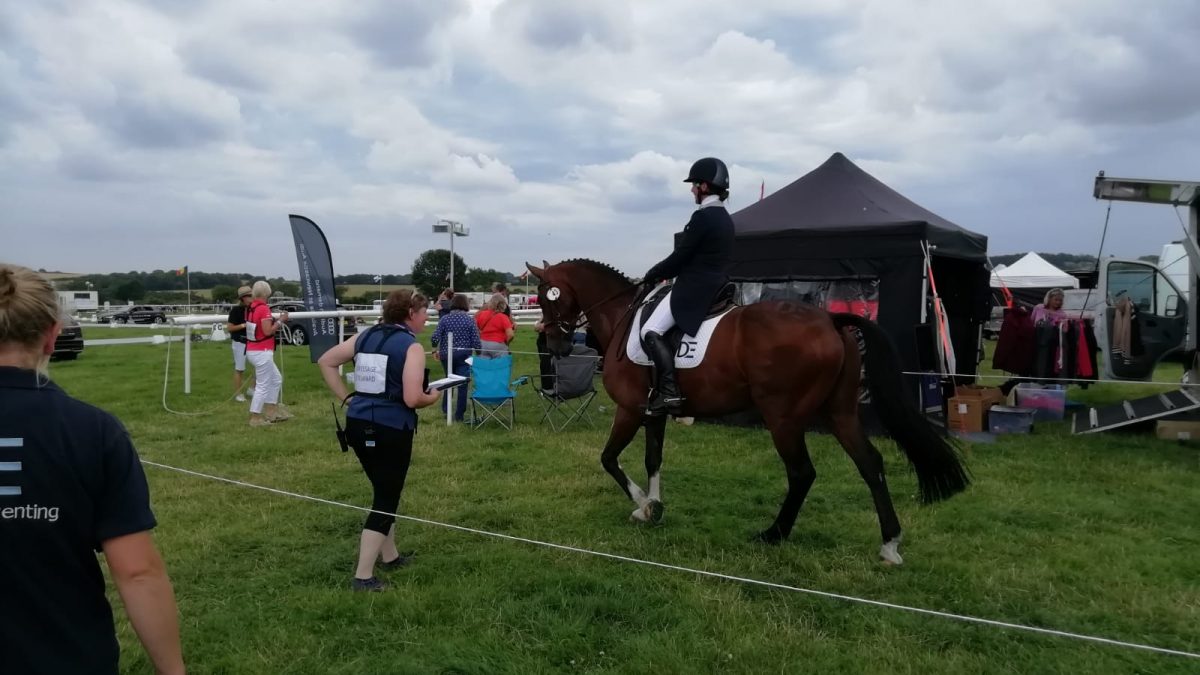 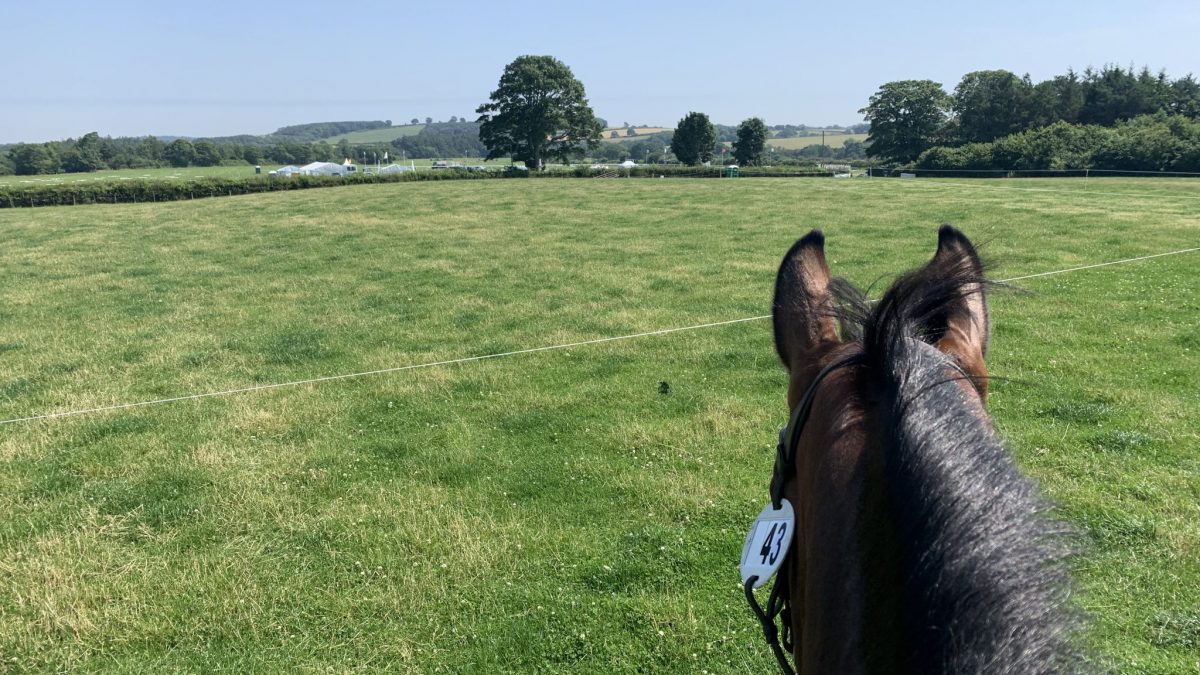 The long journey north was worth it for the softer going and great tracks – but it is quite a long way – you pass Bramham and are probably only just half way!

I had Dassett Jack and Drombane Dassett in the CCI-S3* and both SVS Dassett Enterprise and HHS Dassett Class in the CCI-S2*. Dressage tests were over Friday and Saturday, but Sunday was set to be busy with all 4 horses SJ and XC, so it was pre-arranged for Charlotte Archibald (our former Yard Manager) to join Lauren again for the day.

Dassett Jack was most put out by the 4YO BYEH going on in a neighbouring ring and seems to have decided he only likes big main arenas now! It is classic Dassett Jack to be put off by something like that! After some naughtiness at the start, he settled down for a respectable mark of 34. A bit of a shame he was quite so naughty at the start, as he could have been very competitive. But that’s Jack! He jumped an immaculate clear SJ round, in quite muddy conditions and over a large track for the level. But despite heading out onto the XC in a competitive position, it didn’t go to plan. He is so game at all the fences and feels as good as ever, but keeps turning around and trying to pull up periodically, predominantly when we turn right. This happened twice between the water combinations at the far and of the course and again on the way home. We don’t quite know what to make of him, as this is his default behaviour when he’s not happy, but he feels so happy. Terry is booked to give him a good look over next week, so maybe that will shed some light on his disappointing behaviour.

Drombane Dassett is really having to step up to compete at this level given his current mileage! He is a long way off being competitive in the dressage, but as his jumping phases are so strong, we feel he needs the exposure now and can focus on catching up the dressage over the winter. He did the best test he could for where he is at and scored 40. Crucially, he remained exactly the same to ride in the arena as in the warm up, which has not always been the case, and seemed to not notice the atmosphere. He SJ a great round, with just the in of a very large combination coming down, but tried so hard and we were delighted with his round, especially as poles seemed to be falling all over the place. He went on to totally boss the XC and was exceptional! There was plenty of questions that Drombane Dassett has never seen before, but he answered them all and cruised home just a few seconds over the optimum time. Despite a rather non-competitive dressage score, his great jumping rounds moved us right up the leader board and we ended the day only one place out of the money! Super pleased with his efforts this weekend.

We were hopeful for a good performance from SVS Dassett Enterprise as we seem to have made great headway with this horse’s feet in recent weeks. He did a smart test for a competitive dressage score of 31. He followed it up with a lovely clear SJ, which were few and far between. This left us in 5th place heading into the XC. However, we sadly have reached the end of the road with this lovely big horse as an eventer. He started out as good as I have known him, but after a couple of drop fences he said no thank you at a log with a slope on landing. I genuinely think he feels his feet and we will investigate producing SVS Dassett Enterprise down the pure SJ route. He can jump a very large fence and is very careful. Let’s hope this change in career will bring him more success.

HHS Dassett Class, like Drombane Dassett, was being asked quite a question given his lack of experience – he only did his first Novice less than a month ago! Despite quite a few very genuine mistakes in the dressage, he scored a very competitive mark of 32 – he seems to be a horse the judges really like. He followed it up with a great SJ round for 4 faults. The last element of a combination on the down hill fell as we simply ran out of room, but he jumped so well. He then answered all the questions XC and grew in confidence as the round progressed. We were delighted with his clear round and just a few time faults left us a couple of places out of the money.

So a mixed weekend results wise, but it’s exciting to see the less experienced horses really step up. It was wonderful to have Charlotte being her standard ultra organised and efficient self alongside Lauren – thank you Charlotte!