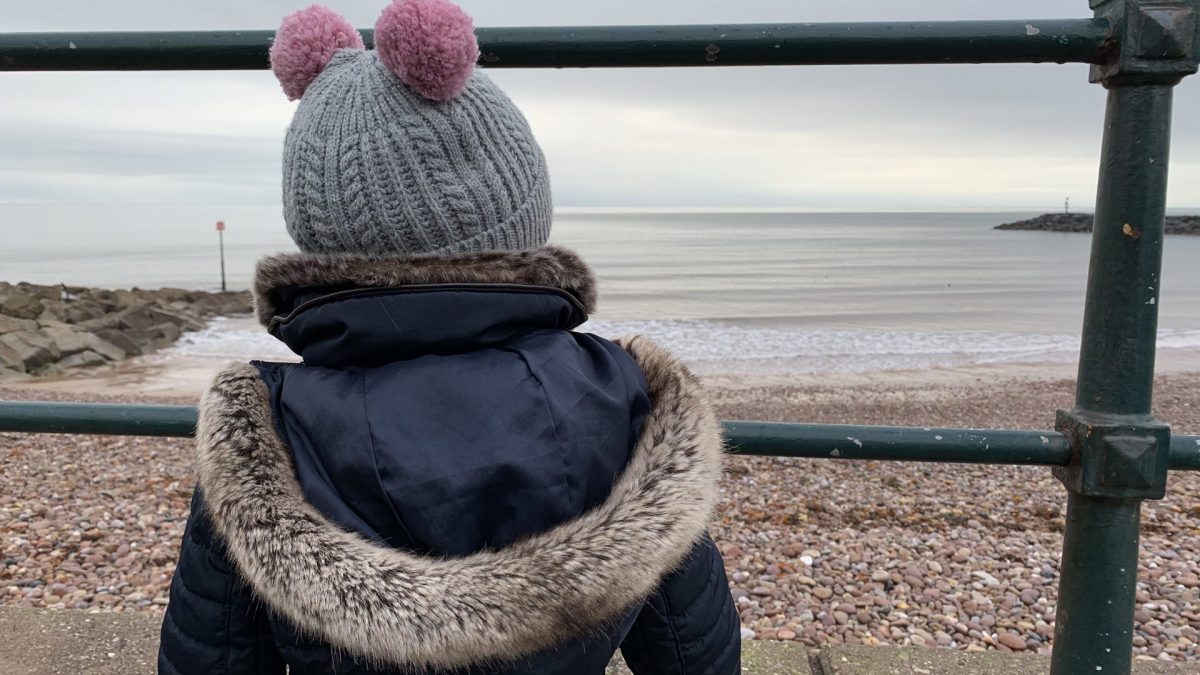 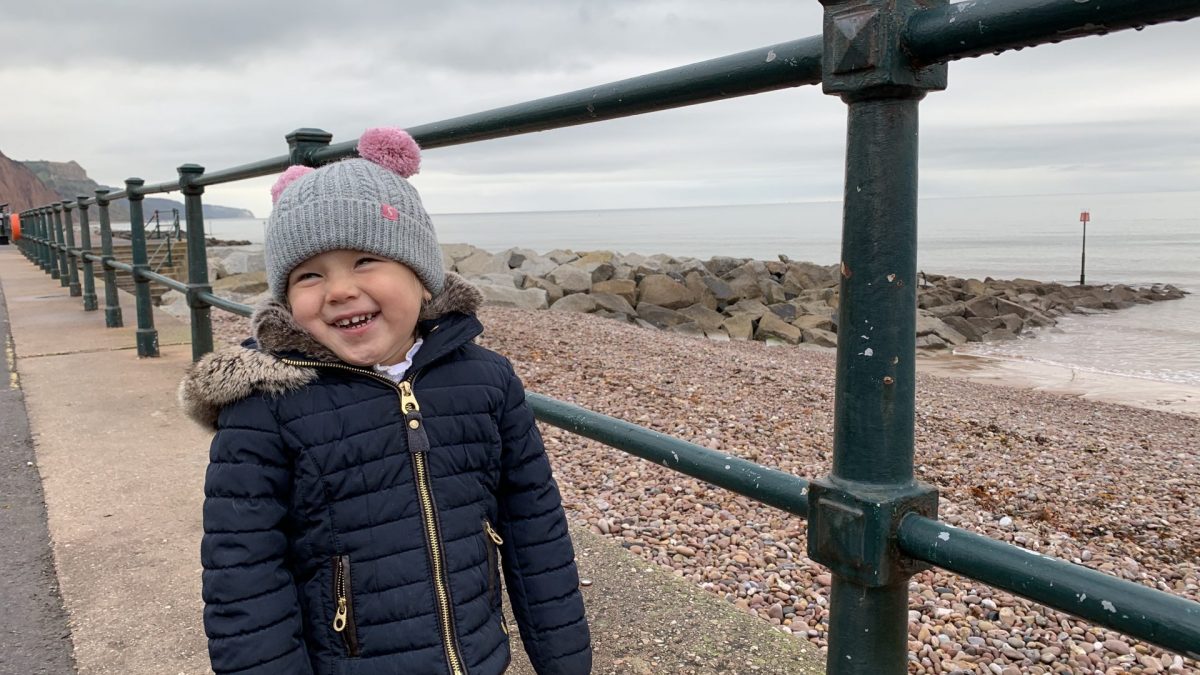 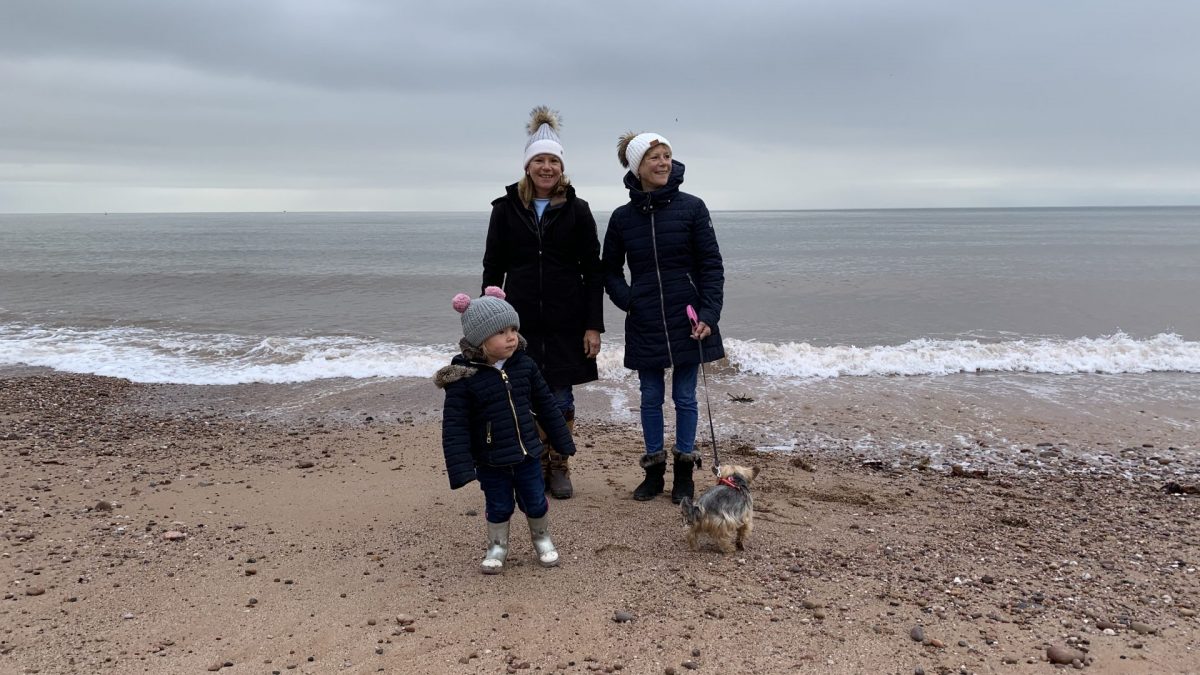 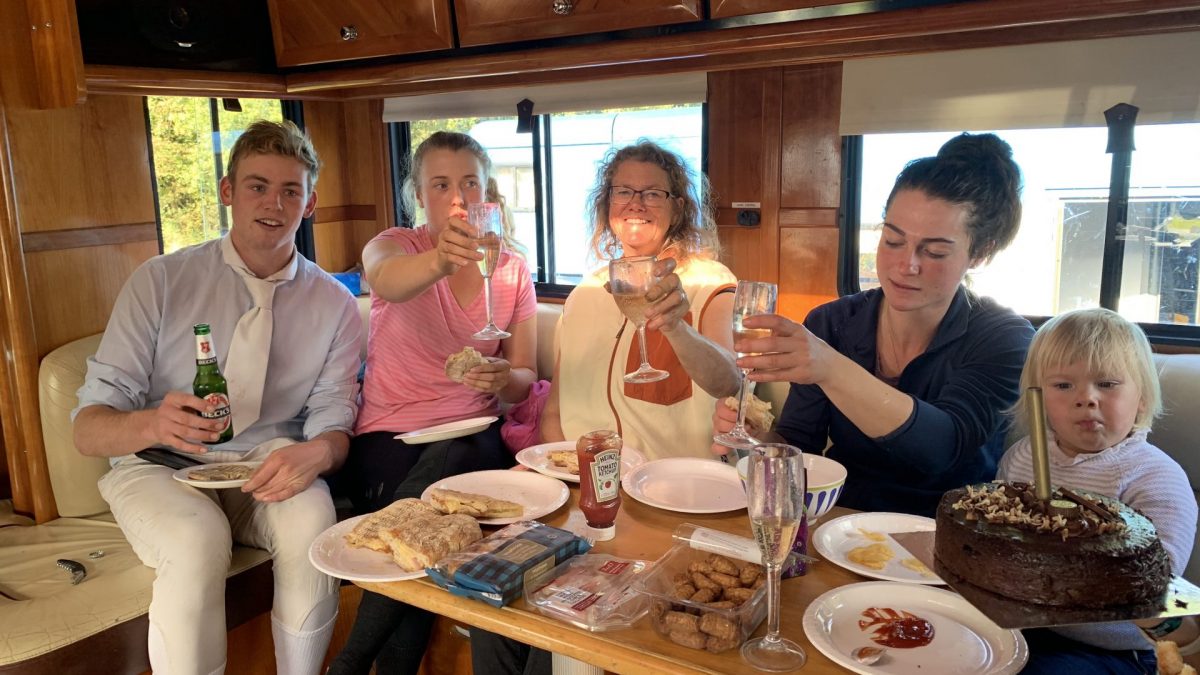 Team DE made the journey down tot he West Country for the final event of the 2019 season; Bicton Arena International. I was riding HHS Dassett Class in the CCIL-2*, and Amelia had Boleybawn Dassett Cruise in the same class. Amelia also piloted CSF Dassett Decoy in the CCIS-YH2* and Craig rode Dassett Empire in the same young horse class.

HHS Dassett Class did a really good test, with some quality moments. A few movements needed to be more punching forwards and we had an unscheduled flying change, but overall we were very happy and came away with a score of 32, leaving us just outside the top 10 after phase 1. XC day was also England’s 2019 Rugby World Cup Semi-Final day against none other than the All Blacks!!! Having watched the first half, I tore myself away for HHS Dassett Class’ XC and he didn’t disappoint – he was great. If I thought a few of the other October events had been wet, I was mistaken. It was so wet and muddy at Bicton. It took HHS Dassett Class until about minute 3 to understand it, which is a real shame as we ended up a long way down on the clock, and this horse is well capable to galloping. But when we thought about it, this is his first season eventing and it has been such a dry year, he has just never been ridden in such conditions. Anyway, once he figured it out he was flying and I actually think he will love this type of going. We made up loads of time but couldn’t quite do it, and finished with 3.6 time faults which sadly dropped us down a few places. HHS Dassett Class trotted up very well on Sunday morning and despite jumping a much improved round from Osberton, very sadly 2 poles still fell dropping us to finish in 24th place. The jumping phase has improved so much this year, we are so close to being very solid in this phase but will have to wait until 2020 to prove it!

Boleybawn Dassett Cruise got so many compliments at his trot up – he has an expression that just makes you smile! He did a lovely test but got marked down throughout for being a touch over bent, which was very frustrating. They ended up on a score of 35. Boleybawn Dassett Cruise made nothing of the XC track, the extra distance or the mud, and cruised round clear and well inside the time. Amelia was beaming after her round! That evening we noticed a very bad and sore rash coming up all over one side and his back – we were worried he would be pulled up about it at the second trot up, but thankfully it wasn’t mentioned. However, when it came to tacking him up to SJ, he was very sore. He did so well to crack on with his jumping, but he caught 3 rails behind which is so unlike him and we are absolutely convinced it was because of his hyper-sensitive skin. A real shame and not at all what he deserved after such a great year. But thankfully it since totally cleared up and I’m pleased to report he is back to his amazing, pinging jumping once more!

Amelia’s second ride, CSF Dassett Decoy, looked so smart in the dressage for his first International event and we were pretty disappointed with his score of 34. However, there is some seriously smart work in there. To say this little horse was jumping his socks off in the SJ warm up is an understatement and he was certainly turning heads! I’m sure Amelia won’t mind me saying she felt the pressure a bit today, like we all do from time to time. She slightly froze when they entered the SJ arena and having jumped in deep to a related distance, was a little slow to react. This meant they didn’t quite make the distance and despite jumping out clear, they jumped so big that they missed a dog leg turn to the next fence and sadly had to circle. Despite this, the pair jumped a beautiful round and were no where near close to touching a pole. Things didn’t quite work out on the XC course either, as CSF Dassett Decoy went rather green in the very deep mud. Combine this with a step up in technicality and Amelia feeling a bit green herself, and they didn’t make it home. This is such a talented horse, and his day to shine will undoubtedly come, but it wasn’t today!

Thankfully Dassett Empire and Craig saved the day with a fabulous result to round off an excellent year – they finished 4th in their very competitive CCI-YHS2*! They did a super smart dressage, with so much more to come when all this horse’s power can be put in the right direction. Their SJ round has to be one of the rounds of the day, as they boomed over every fence in true style! Their video is attached to this blog. We have carefully and steadily produced this powerful horse all year, and he is now ready to crack on and be competitive….and Craig put that to good use today with one of only two XC clears inside the time, despite the seriously wet and muddy conditions!! Dassett Empire took all the questions on the track in his stride, and was brilliant at speed, despite the conditions. This is a seriously class horse and one we have all said we thing will be the most competitive horse on the yard in 2020….watch this space!

As the photos show, we made the most of our long trip south with a visit to the beach – even though it was a bit cold! And we thoroughly enjoyed helping the amazing Mrs Ann Taylor celebrate her birthday whilst we were away, with one (or more?!) bottles of wine one lunch time!

As always, I was so pleased to be heading home with all jockeys and horses safe. There have been a few awful competition accidents around the world this year and it acts as a stark reminder about the dangers of our sport. We do all we can, in terms of training and preparation, to minimise these risks, but I always sigh a big sigh at the end of each year when we all head home laughing and smiling in true Dassett style! Well done everyone….2019 eventing is a wrap!