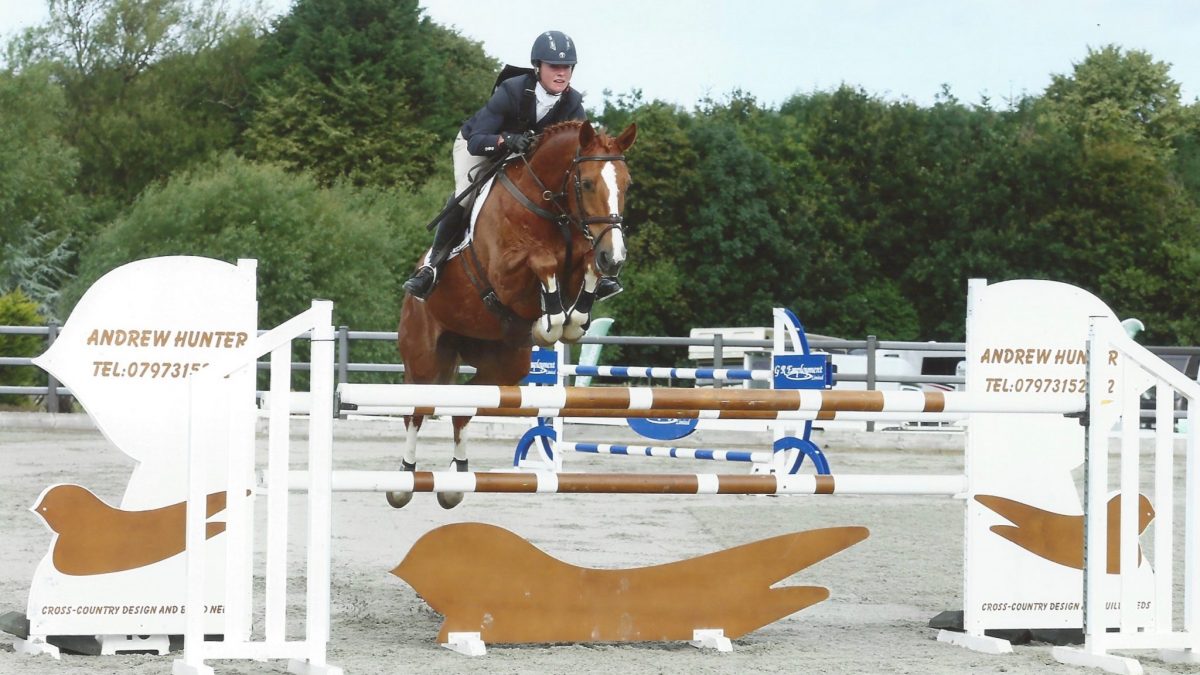 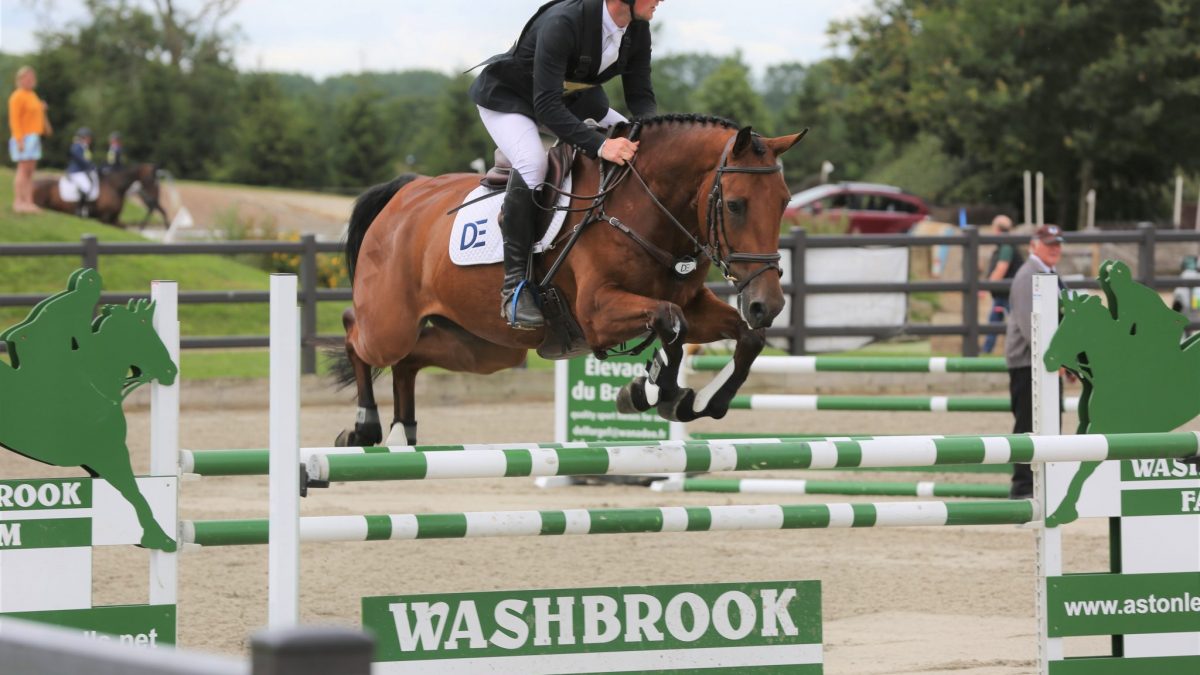 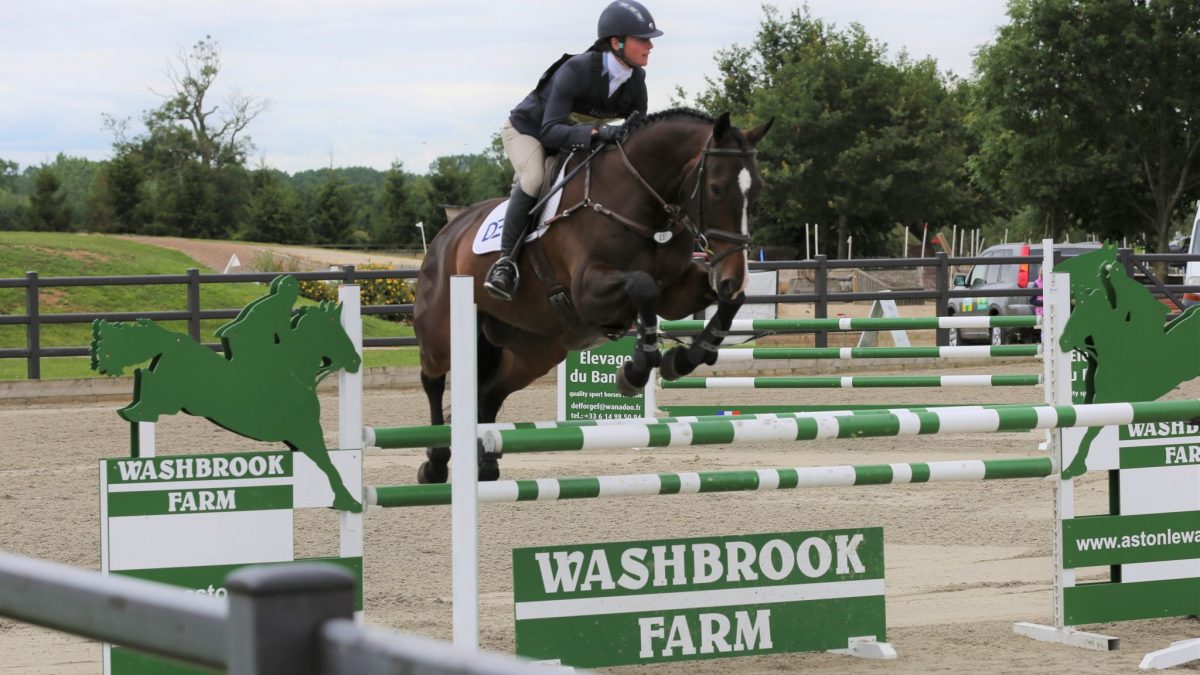 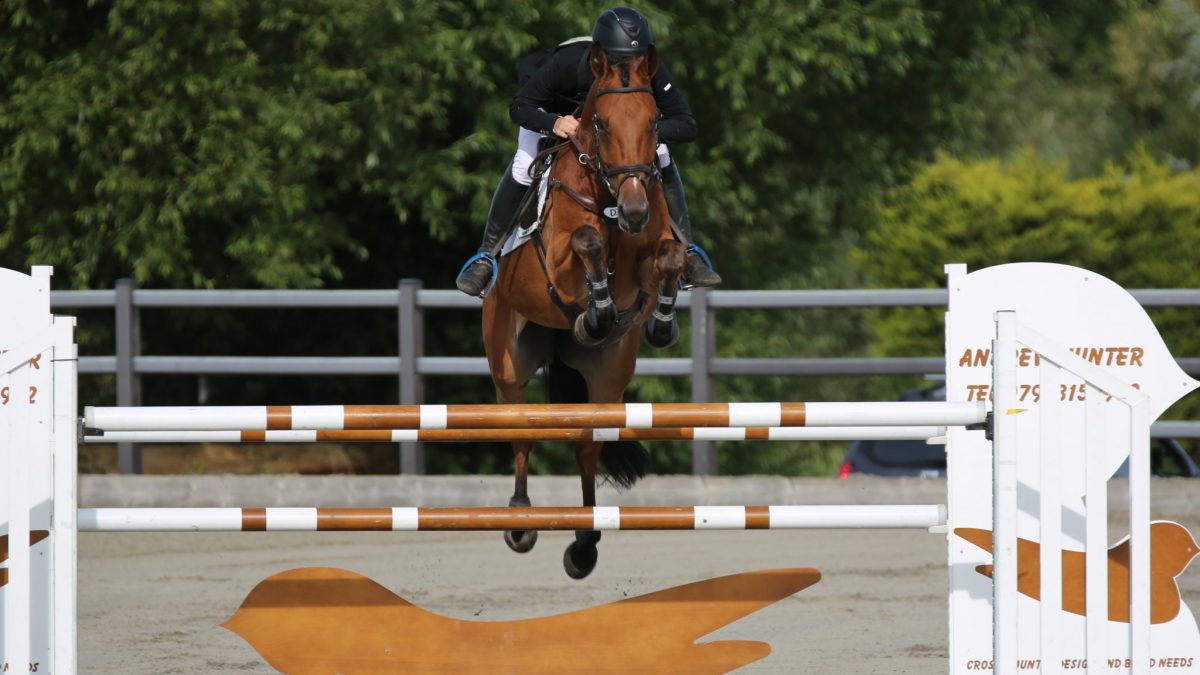 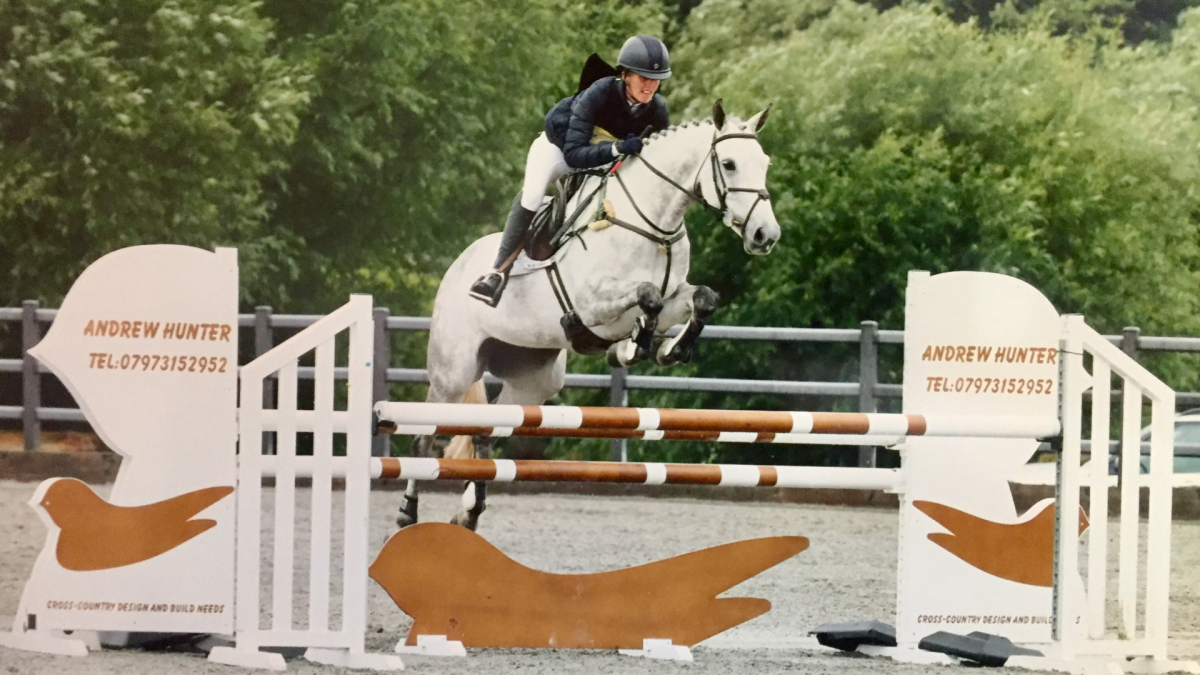 Alongside our 8/9YO Advanced class, we also had a good selection of young horses competing at this fixture.

The fun kicked off on a rather wet Friday morning, with six Novice horses…

First up for me was HHS Dassett Class. Despite treading on a dressage board and having quite the over reaction, we came away with an impressive score of 25 – albeit the section was pretty low scoring! Sadly, one rail into a spooky double right by the exit caught us out in the SJ ring, but I am finding the ride is getting much easier each time out. And XC, I can not fault him – he was ace and is all set for his International debut next week at Burgham in the CCI-S2*. A rail and 8 time faults was enough to end our day half way down the order, despite the dressage mark! I also rode my parents’ SVS Dassett Enterprise as we continue to give him a few consecutive runs to hopefully gain some confidence back in his feet after a re-think with his shoes. Top farrier, Sam Head, has done a great job and SVS Dassett Enterprise seemed really happy today. He was a bit excited in the dressage for 35, but jumped an immaculate double clear. We had a steady spin, given his recent runs, so finish just outside the top ten in 12th spot.

Amelia rode CSF Dassett Decoy day’s started brightly with a good dressage of 32. They jumped a great SJ round with that same rail into the double falling down, which was a shame after such a polished performance. It wasn’t their day XC with what started as a genuine miscommunication over a rather tall, narrow box off a mound. However, this cheeky chap took advantage of this and was a bit naughty the subsequent time! CSF Dassett Decoy is actually a very genuine and straight horse. This 6yo has taken quite a bit of pressure in his general so well recently, but I find horses can push back in slightly unexpected ways at times – and I think this was his way of doing so! He is such an athletic, spongy horse who finds everything so easy. We have been working on making him not just use his natural talent all the time, but also his brain…clearly he thought too hard about this question!!!

Craig piloted the stunning 6yo, Dassett Empire, and was delighted with him from start to finish. Sue and Craig have worked hard on the helping this horse contain all his power, and he really is starting to achieve this. Now, for the really high marks in the dressage, he needs to go more forwards so they came away with 32. The very last SJ came down, after spooking at the hedge type filler a bit too much and falling to a type of trot in front of it! But he was brilliant XC and Craig reported to have had an awesome ride. Despite schooling round, they only had 8 times faults and ended the day mid section. I really think, if we play our cards right in producing him properly this season, we could have a serious horse on our hands in 2020.

Hayley rode the Wright’s Syndicate’s Dassett Diamond and they did a super impressive dressage for a real WOW mark of 22!! Sadly, the first 2 rails into the combination came down as the mare showed her inexperience, but she is only 6 years old, and jumped the best round I’ve seen her jump to date everywhere else. Hayley was thrilled with her ride XC and said it is the best she has been, despite a green moment at the influential combination that caught out CSF Dassett Decoy. But unlike her stable mate, she popped it second time and grew from the experience.

My younger sister, Alice, was the rosette star of the day on her own Dassett Supreme in the ON to finish 2nd! Despite a couple of big mistakes, they did a great test for 28 and added nothing to their score! They jumped immaculate rounds in the SJ arena and out on the XC course. Despite not looking fast at all, they finished 14 seconds inside the time as they have such a strong rhythm. Very impressive!

Craig rode the now experienced campaigners, MBF Dassett Legacy and ARD Dassett Spectre. Both boys did very accurate tests to come away with 33 and 35 respectively, which was competitive enough in fairly high marking sections. Craig thought he jumped a foot perfect SJ round on MBF Dassett Legacy, only to have Sue break the news to him that the middle part of the combination ever so gently rolled to the fall – Craig was not impressed! And annoyingly an uncharacteristic 2 rails rolled for ARD Dassett Spectre. But both boys were on flying for XC, and posted easy clears. Craig kicked on with MBF Dassett Legacy to be only 2 seconds over the optimum time to finish 6th. ARD Dassett Spectre has had quite a few fast runs recently, just with 2 rails down, just cruised around for 8 time faults to finish mid division. Both boys head to The Festival of British Eventing in a few weeks…!

Amelia had a couple of Intermediate debutants in the form of Dassett Code and Boleybawn Dassett Cruise. Dassett Code did a much improved test for a competitive score of 32, which is well deserved as Sue in particular has put a lot into strengthening this lovely horse up. Despite jumping a very tidy and confident SJ round, 3 rails fell, which was a real shame, as neither horse nor rider deserved at 12 fault round. But what can I say about this combination’s XC round – pure class!! They looked like they had been at this level for years and combined confidence and bravery, with carefulness, accuracy and athletics. Really great. And not to be out done, Boleybawn Dassett Cruise simply “Joey It”! Frustratingly, he bit his tongue quite badly just before the dressage test and made sure Amelia really knew how sore it was! Parts of the dressage did require labels and they came away with a mark of 42. Hayley and Amelia have had some very smart work out of this smashing and competitive horse this year, but today it was not able to be shown off! However, jumping on a loose rein and a bit of time to get over it meant the jumping phases were not effected one bit – he jumped a cracking SJ round with a very unlucky rail out of the double, before looking unbelievable XC! Super cool and leaves you with sore cheeks from smiling so much!

Over all, we are thrilled with all these lovely young horses. The jumping arena wasn’t the kindest to us this show, but we often come away from the Aston events saying that, so perhaps it’s just not our lucky arena! To have so many up and coming youngsters head home with big smiles on their faces is such a rewarding feeling and gives the whole team a real boost. Onto Burgham International next week….