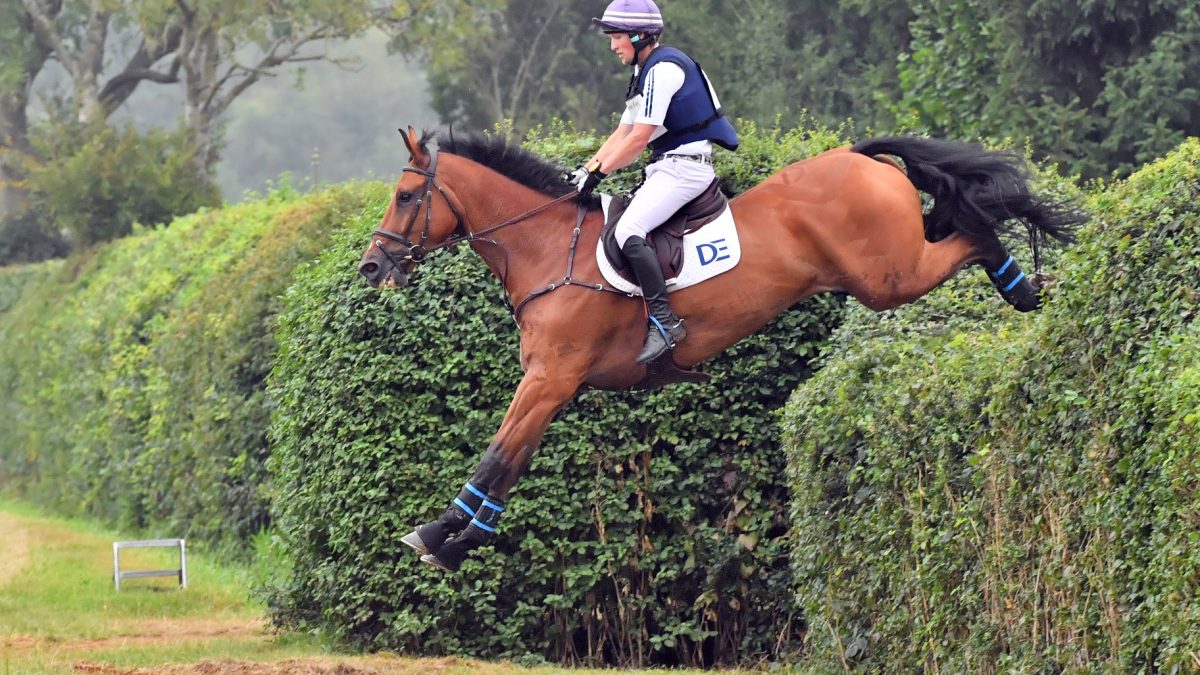 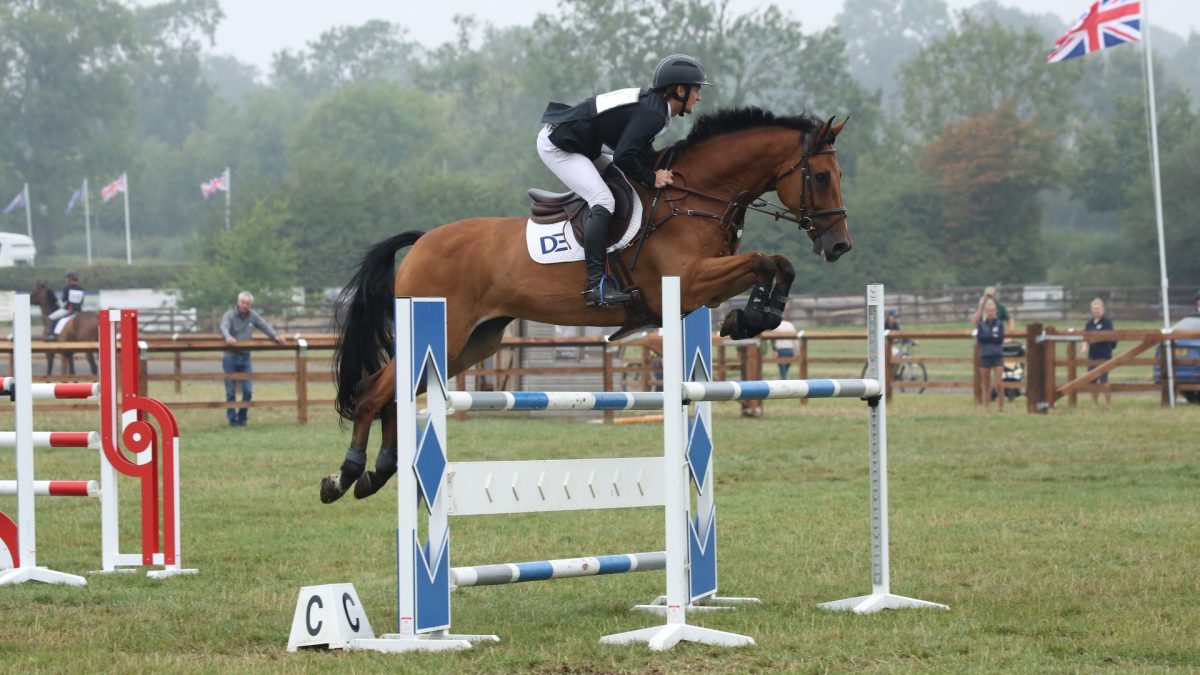 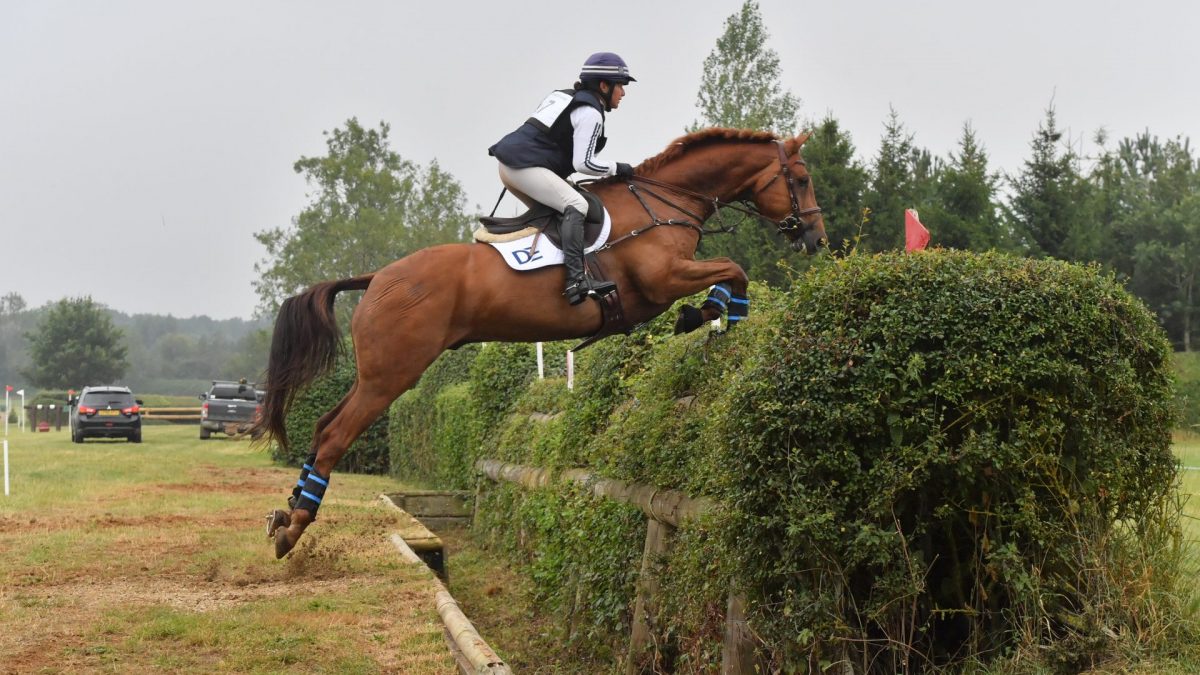 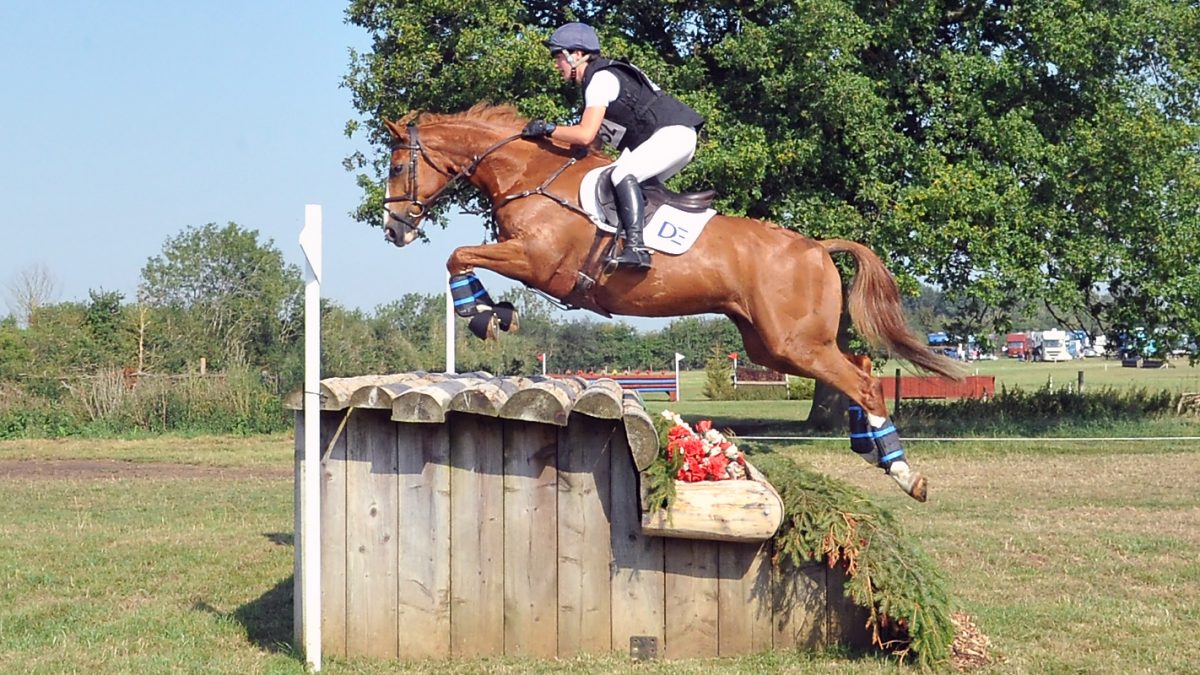 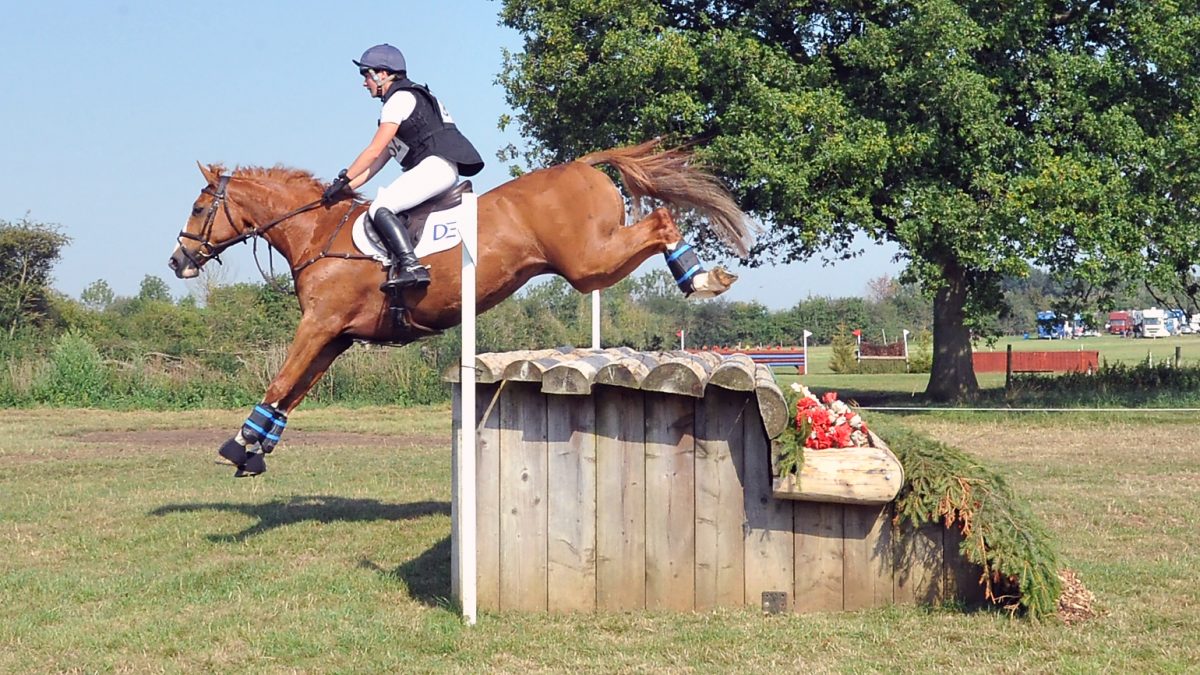 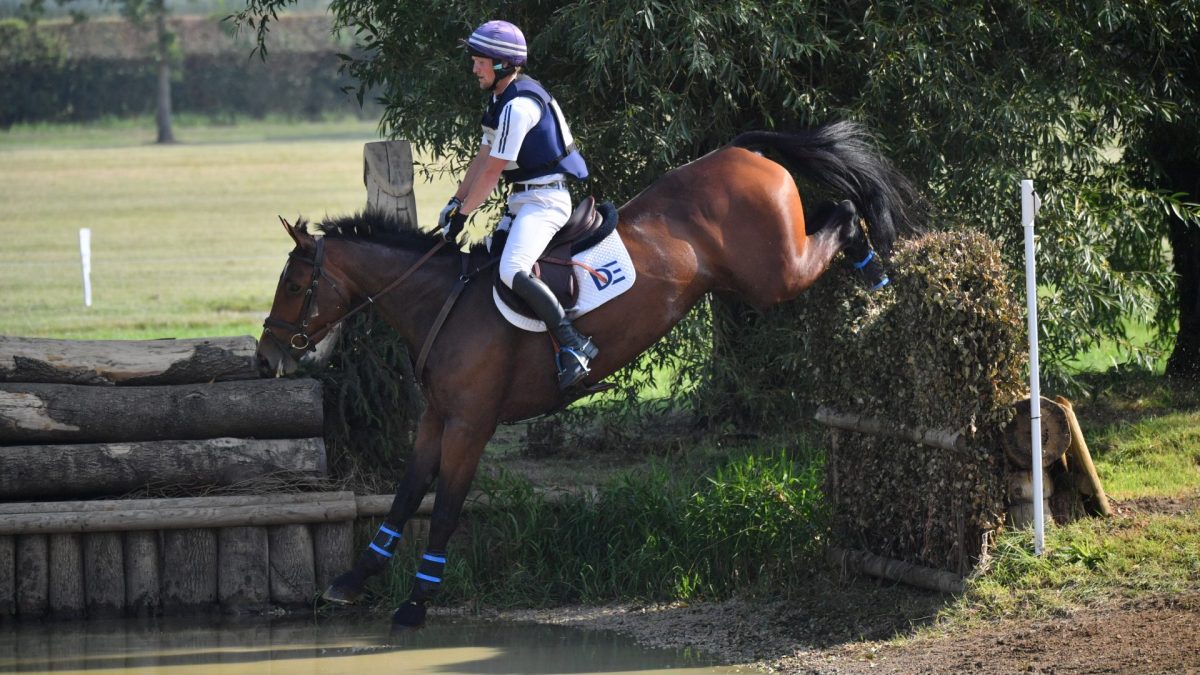 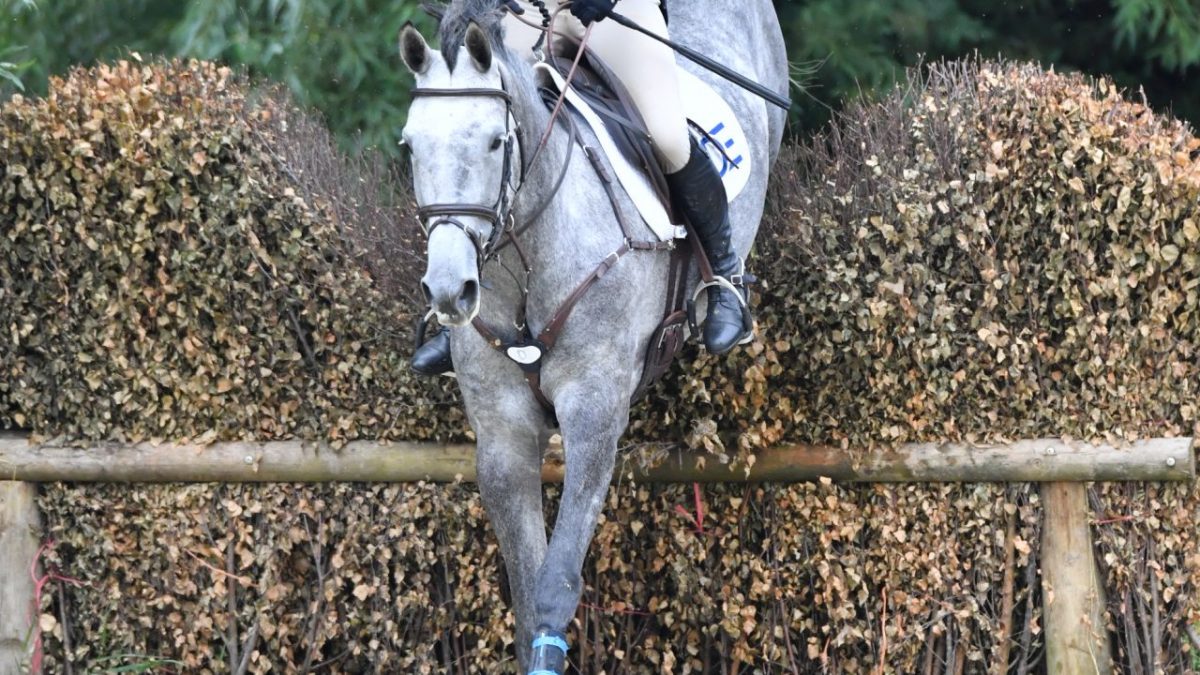 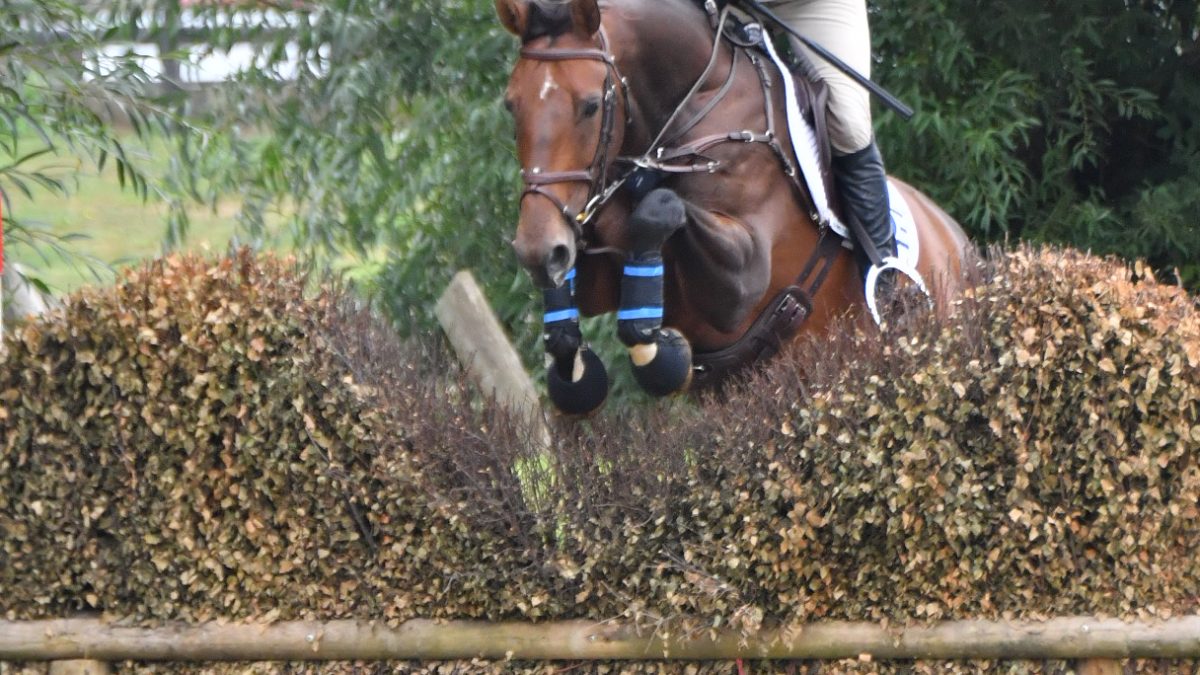 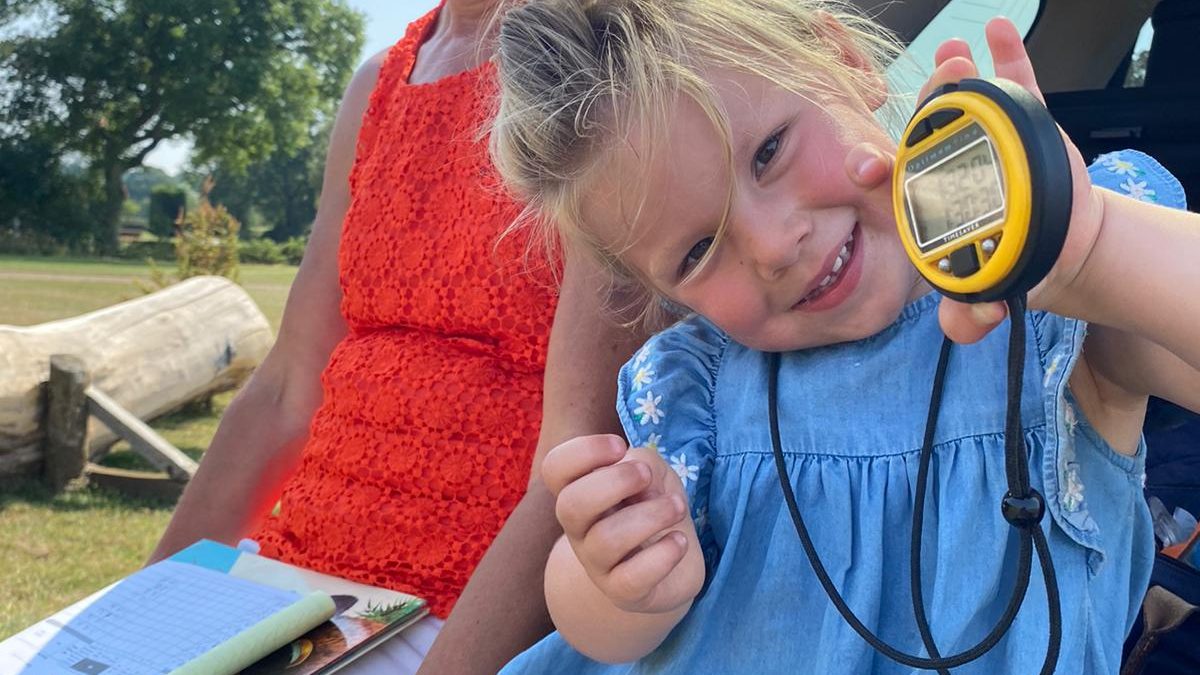 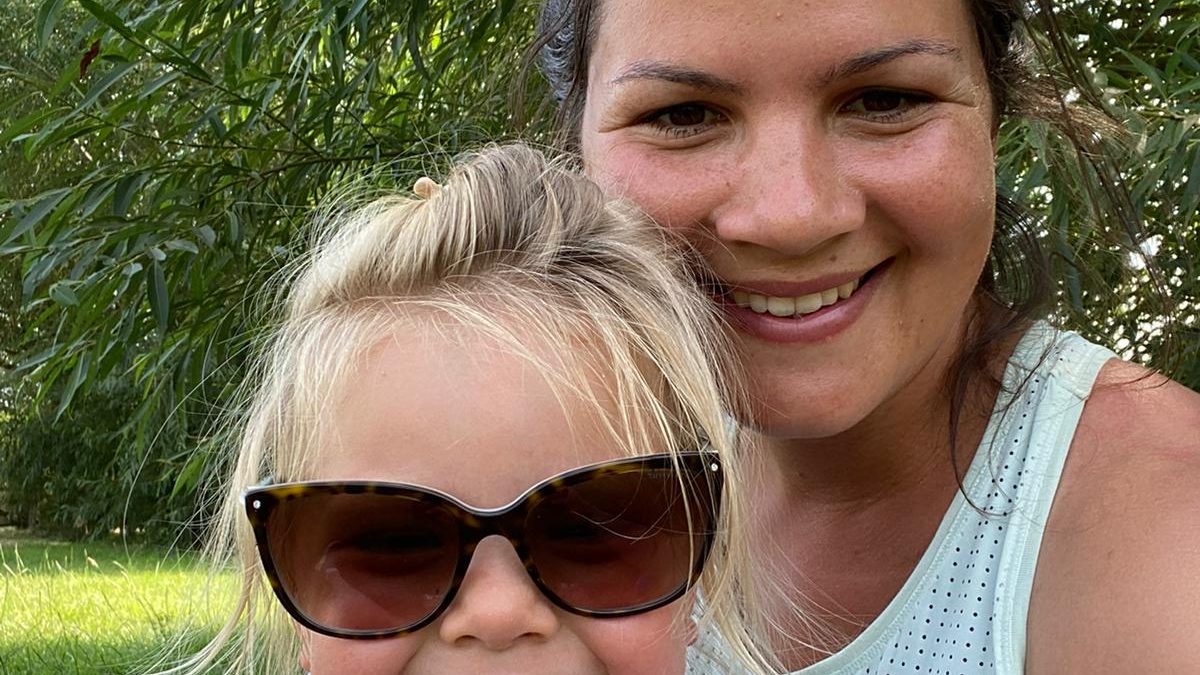 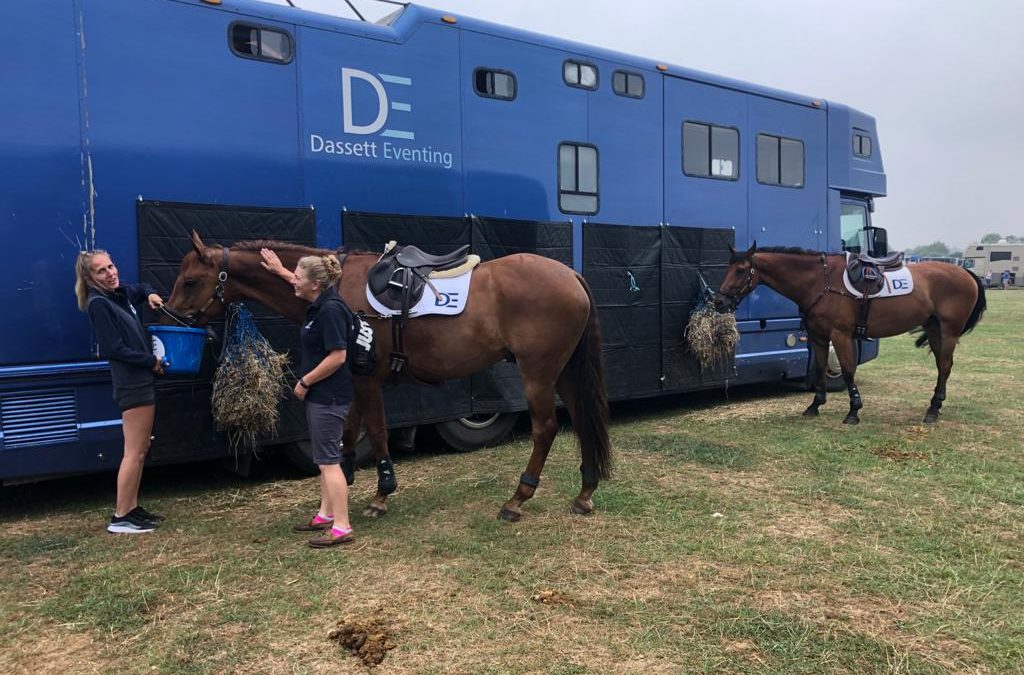 The event may have had a somewhat different feel, given the lack of our normal array of goodie buckets, prizes, volunteer cupcakes and hospitality, but we were delighted to still be able to run and enjoy two fabulous days of competition in the running of our DE 8/9YO Advanced class at Aston-le-Walls! Alongside this, we had our usual array of runners; 1 in the BE100, 7 horses in the Novice, 1 in the Intermediate and 3 in the Advanced, 2 of which were in our DE 8/9YO Advanced class!

Day 1 saw Craig pilot the incredibly talented 6yo Dassett Curra Candy around the Novice in fine style. She scored a lovely 28 in the dressage but was very unlucky to roll one rail in the SJ – the jumps are actually already starting to look far too small for this talented and confident mare. They cruised around the XC clear with only a couple of time faults to finish 8th. Amelia rode a duo of 6yos, Dassett Rock Star and Dassett Select, also in the Novice. This was the first event for these combinations post the Covid break. Dassett Rock Star scored an eye watering 24 in the dressage!!! He has such presence in this phase – very exciting. I’m sure Amelia won’t mind me saying, one good and proper ‘miss’ in the SJ caused a rail to fall along with the following fence, but they redeemed their composure to complete their round as well as it started! With the 8 faults dropping them down the order, Amelia gave Rocky a nice, steady spin around the XC for his first run back and was delighted with how he felt. Dassett Select was also on good form in the dressage to score 28. One rail fell in the SJ, but the pair flew around the XC clear and with massive grins on their faces!

Day 2 was the turn of Boleybawn Dassett Cruise and Amelia in the Intermediate. They did a good test for a score of 32. They went on to jump a cracking SJ round but annoyingly one pesky cheap rail fell – this scopey little horse really does have springs in his feet – it was a very impressive round. They carried this through to the XC with an effortless clear and everyone watching had aching cheeks from the endless grinning!! In the afternoon the #epic8s were in action in the DE 8/9YO Advanced dressage phase; Craig was piloting MBF Dassett Legacy, whilst I was onboard HHS Dassett Class. I also had Call Me Dassett in one of the normal Advanced sections. MBF Dassett Legacy did a great test with a real improved way of going. A few genuine mistakes left them on a 33, but there is so much more to come from this horse in this phase. HHS Dassett Class does all the moves effortlessly and did a really good test for a score of 31. When he can come up a bit more through his withers in order to allow all his movement to fully express itself he will be a real leader in this phase. And Call Me Dassett did a very good test apart from 1 very dramatic change and then a bit of a naughty moment on the centre line after this when he anticipated another change – cheeky boy! He still came away with a respectable 33.

Day 3 was back for the Advanced jumping action! The #epic8s were up first and safe to say they did not disappoint!! Both MBF Dassett Legacy and HHS Dassett Class jumped spot on clear rounds in the SJ – a big thank you must go to Robert Snaddon (Bodge) at this point for all his help in this phase. Call Me Dassett was very unlucky to tip one rail heading into the double, but it was quite muddy by the time he went and the heavens absolutely opened as we approached the first fence – not sure I can remember the last time I was quite so drenched! HHS Dassett Class was first up on the XC and he started the best he has ever been; so game on and electric with his feet. However, by the end I think the physical and mental upgrade after so few runs in his life, let alone in 2020, left him a touch green for a few fences towards the end of the course and we got a 20 and the corner over the ditch – I was kicking myself as I should have given him a brief break and taken a long route in the first place, but I was chasing the clock with our competitive score. He is such a straight and genuine horse but I took it for granted in this instance. However, so often the telling of a good horse is how they deal with a mistake and HHS Dassett Class got himself right back in the game and finished up like a machine. I think he will be so competitive given a touch more mileage. No such moments for MBF Dassett Legacy who jumped around the XC track like he’d been jumping at this level all his life! This horse’s brain is quite remarkable, and given his scope, I really believe the sky is the limit. Craig kicked on and the pair ended up in the MONEY in 11th place!!! We were absolutely delighted! We decided not to run Call Me Dassett XC in the end and to save him for another day.

Day 4 was the turn of student Joe Lethbridge and his own Zoppah Karla. We have been working very hard on this combination’s SJ in the past few weeks, so his dressage has been a little neglected…plus a loose horse, followed by a rider, followed by a dog all ran through his dressage arena mid test!!! Quite the show! The pair came away with a score of 35. They jumped a beautiful SJ round, with just one rail rolling into the double, and followed it up with a class round XC. The combination looked very confident and established, which is great.

The final day was another day of Novice runners. I rode Lesley Rocher and Sheena Hawkin’s Dassett Showgirl and Andrea Burdett’s Dassett Forever Autumn, both making their debut at this level. Both mares did really pleasing test to score 31 and 29 respectively. And both mares followed this up with fabulous clears in both the SJ and XC phases! There were a couple of strong XC combinations and I was wondering if I should go long at one or both of them, but after chatting with the owners we decided to go for the educational route and give it a go…and neither mare disappointed! They were both exceptional XC and really exciting mares for the future. Dassett Showgirl finished just outside the top ten in 12th place and Dassett Forever Autumn placed 9th – good mares! Hayley also had the Wright Syndicate’s mare back in action after the Covid break – Dassett Diamond. They did a really impressive test for 28. One unlucky rail fell in the SJ but it was otherwise a really good round. And XC Dassett Diamond really stepped up to the plate, jumping an exceptional clear and taking on all the combination is fine style! The final runner of the week was Alice on her own Dassett Code. They did a good test for a score of 35 – they perhaps just needed a bit more connection. The pair went on to jump a really smart SJ round with only the second fence being tipped off it’s cups. They were storming clear around the XC until the A element of the coffin – a hanging rail on a steep mound – which caught the pair out. They however flew into the water at the following fence to prove no confidence was lost in the mistake. Although this combination is taking a few runs to truly get to know each other, they are looking stronger and stronger all the time and I think they have a very exciting future ahead.

So with so many horses having had runs this week we can enjoy a slightly quieter week at home ahead of Keysoe, Shelford and Wellington all falling on the Bank Holiday weekend in a fortnight….!