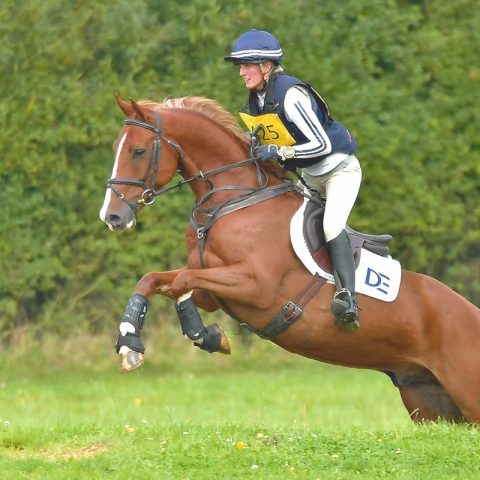 Although it is unusual for Dassett Eventing to purchase an older horse, Hugo just couldn’t be left behind and was snapped up as a 7yo.  Kate initially saw Hugo in Ireland as a 5yo, in 2014, but was too green for Kate to buy at the time.  He went on to be produced in Ireland by the team at the Drombane stables, before John Reilly bought him and imported him to the UK to be produced by a long standing friend of Kate’s, Paul Parker.  With Dassett Eventing, Hayley successfully competed Hugo at several BE100 events, before he was sold to a student of Jon Holling’s in America through Wayfarer Eventing.