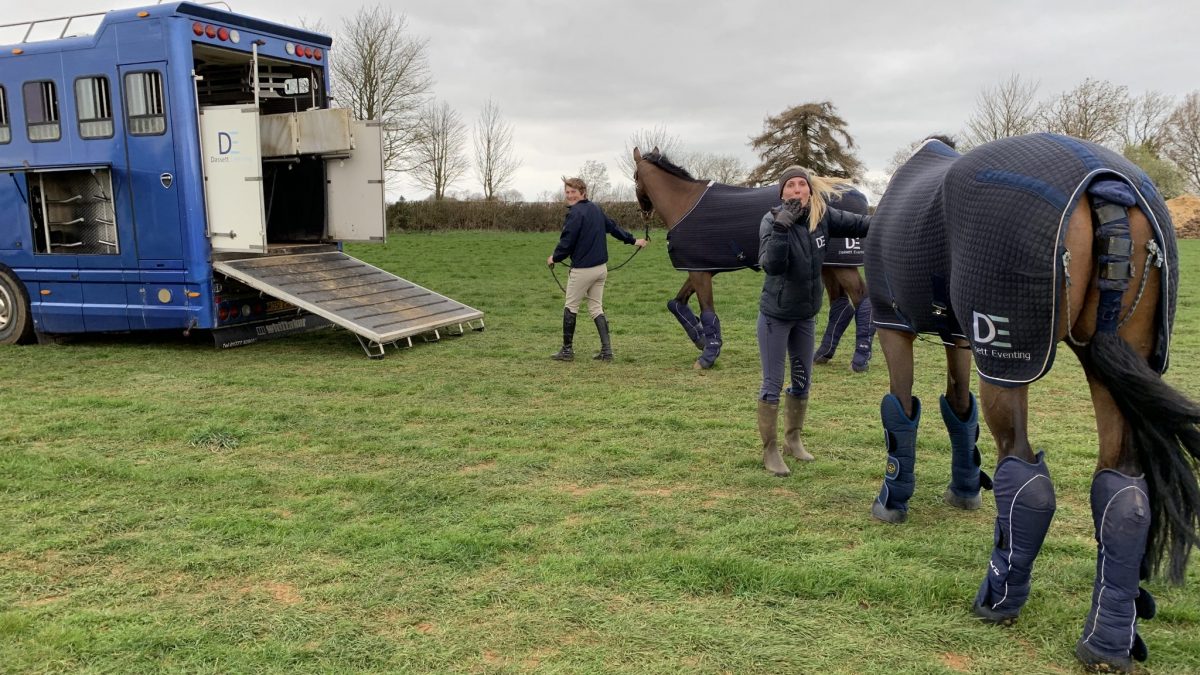 Confession time – a horse due to run at Swalcliffe was left at home and it was my fault! Panic turned to hysterics at the Dassett lorry when we realised we weren’t just missing a passport…but the accompanying horse too!

I will save everyone the lengthy details, but in brief, the Swalcliffe logistics were already complicated as I, the HGV driver, was not competing on Saturday as I was off to Twickenham that afternoon to watch England in the 6 Nations rugby. Getting 6 horses and 3 riders to Swalcliffe in multiple little lorries, whilst still running the home operation ahead of Stafford the next day, was already a complex affair. To add to this, we were trying to get the lost Oasby OBE100 run in to Boleybawn Dassett Cruise as a late entry at Swalcliffe. Lauren and I rushed through my horses during the morning, I got showered and dressed in my England rugby shirt, and quickly rushed over to Swalcliffe in Big Blue (the big lorry) to swap horses. However, I left CSF Dassett Decoy behind…OPPS!

Thankfully, the team at Swalcliffe were beyond accommodating and so helpful – thank you so much. They gave CSF Dassett Decoy times for early the next morning and Sue and Amelia headed off for 8.30am Sunday dressage as opposed to 3.30pm Saturday dressage!

I am also delighted to report all horses jumped double clears and were on flying form! Hayley piloted The Wright Syndicate’s Dassett Diamond to a double clear around their first event of the season, with a steady cross country round. Craig jumped double clear on both Dassett Curra Candy and Jeff and Jane Boon’s Caramba Z in the OBE90, the later placing 6th. He also jumped the very exciting Dassett Empire double clear around the BE100 for 8th spot. And despite Amelia’s logistic changes, Boleybawn Dassett Cruise jumped a foot perfect double clear HC in the BE100 ahead of Gatcombe’s Novice next week, whilst CSF Dassett Decoy also logged an exceptional double clear in the (Sunday!) BE100 for 7th. We were also very happy to be helping Alice Midmer and her lovely FWS Dassett Clover having their first run of 2019 – the pair made nothing of the BE100 and look set for an exciting season.

Thanks to my rugby commitments on Saturday, I had four due to run at Stafford on Sunday, but sadly the event got rained off.

Next competitive stop for Team DE is Gatcombe on Saturday…