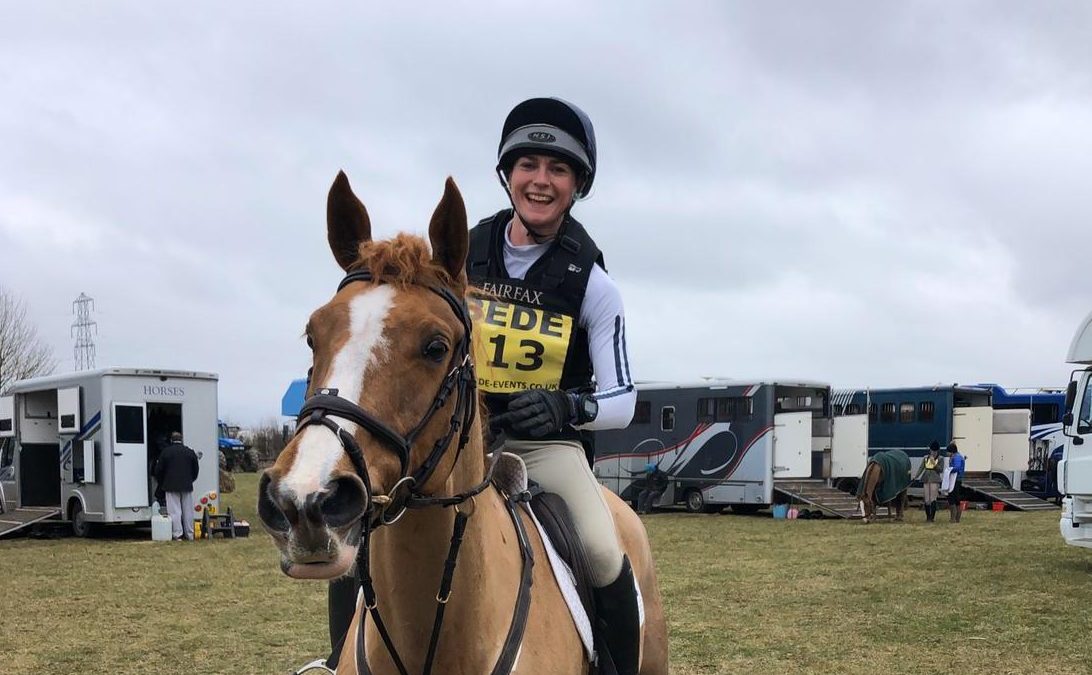 Sue and Amelia headed up to Oasby to round off our one day season. Amelia was riding Boleybawn Dassett Cruise in the Intermediate and Dassett Rock Star in the Novice.

Boleybawn Dassett Cruise (Joey) has been on fire this autumn and we were all gutted he missed his last run at Little Downham after it was abandoned. So we were even more delighted when Joey was able to realize this good home form by placing 2nd in his competitive Intermediate section! Despite slightly fluffing up both simple changes in his dressage test (which is very unusual for Joey) he still scored a competitive mark of 30. He jumped yet another crack SJ round, clearing all the  colored poles with ease, and followed this up with a fast clear across the country! A great way end to this super horse’s season. He really has matured and grown into himself in all three phases this year and is more than ready to step up to Advanced level next spring. We really do think he will be a super, competitive horse over the coming years.

Dassett Rock Star (Rocky) was up in the afternoon and he smashed out his standard exceptional dressage test for a leading score of 26. It was pretty muddy by the time Rocky jumped in the afternoon and annoyingly he got a bit stuck in the mud and close to one vertical which fell, resulting in 4 faults. But he jumped his socks off around the rest and certainly figured out the mud very quickly. I really do think it is so important the horses learn to go in muddy conditions – and they only learn by practice! Being totally confident in the going, Rocky and Amelia stormed around the XC track clear with 4 time faults, ended their day in 3rd place! Amelia is adoring riding Rocky XC this year – she says he feels so ‘on it’ and really loves to gallop and jump.

So a super day all round for Team Oasby! I’m sure our next trip back there in March will come around quickly enough…